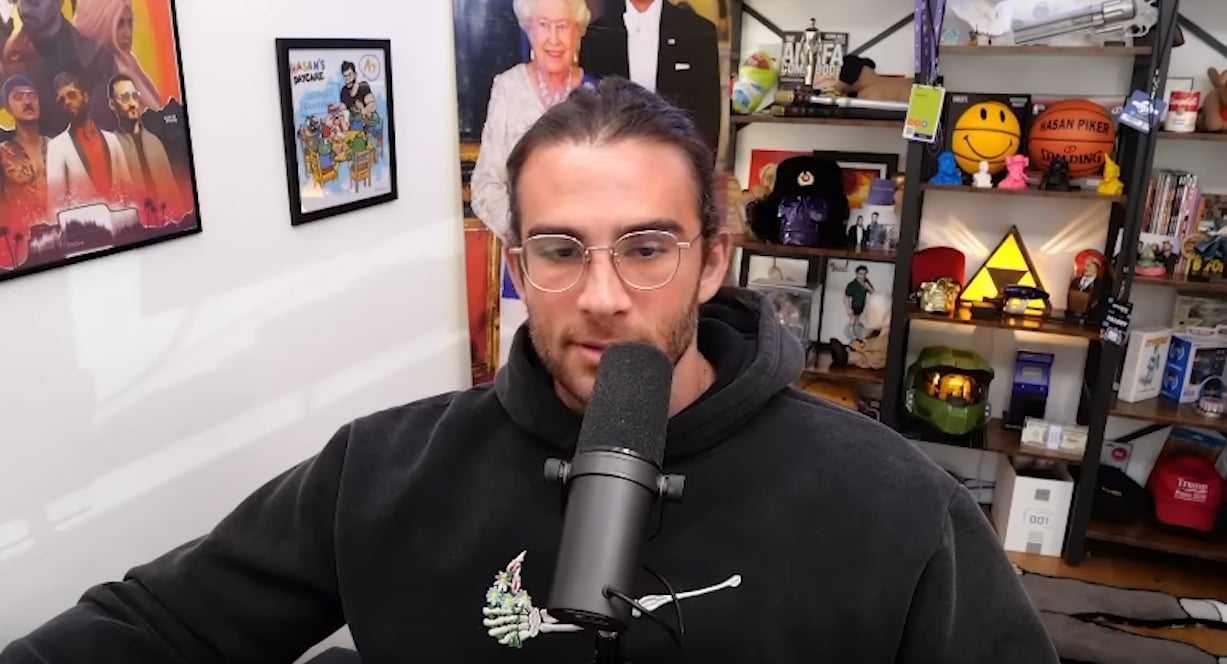 While many admirers of the British crown mourned Queen Elizabeth II’s death on Sept. 8, Hasan quickly ran to his stream for a celebratory broadcast. A known opponent of the British monarchy, Hasan made light of the queen’s passing across his wide social media presence. Posting content across Twitch, YouTube, Twitter, TikTok, and more, Hasan joined many like-minded posters who were critical of the crown and Queen Elizabeth’s rule.

Shortly after posting a barrage of Queen Elizabeth-focused content on nearly every social media platform he has access to, Hasan revealed that he was banned from TikTok. It is unclear if the political streamer was banned due to his comments regarding Queen Elizabeth. It is entirely possible that Hasan either infracted upon TikTok’s terms of service or he may have been automatically banned from mass reports of people upset with his coverage.

In response to his ban, Hasan wrote on Twitter, “first they came for Andrew Tate, now me.” Jokingly referencing the divisive figure Andrew Tate he butted heads with, who Hasan helped to de-platform across social media platforms, Hasan clearly is not taking his ban too seriously.

While Hasan’s TikTok account and all past videos are still accessible, it is unclear if the Twitch streamer is able to post new content onto the account. Given the immense outcry from Hasan’s fans lamenting the sudden ban, it is unlikely that the political commentator’s suspension from TikTok will remain for very long.