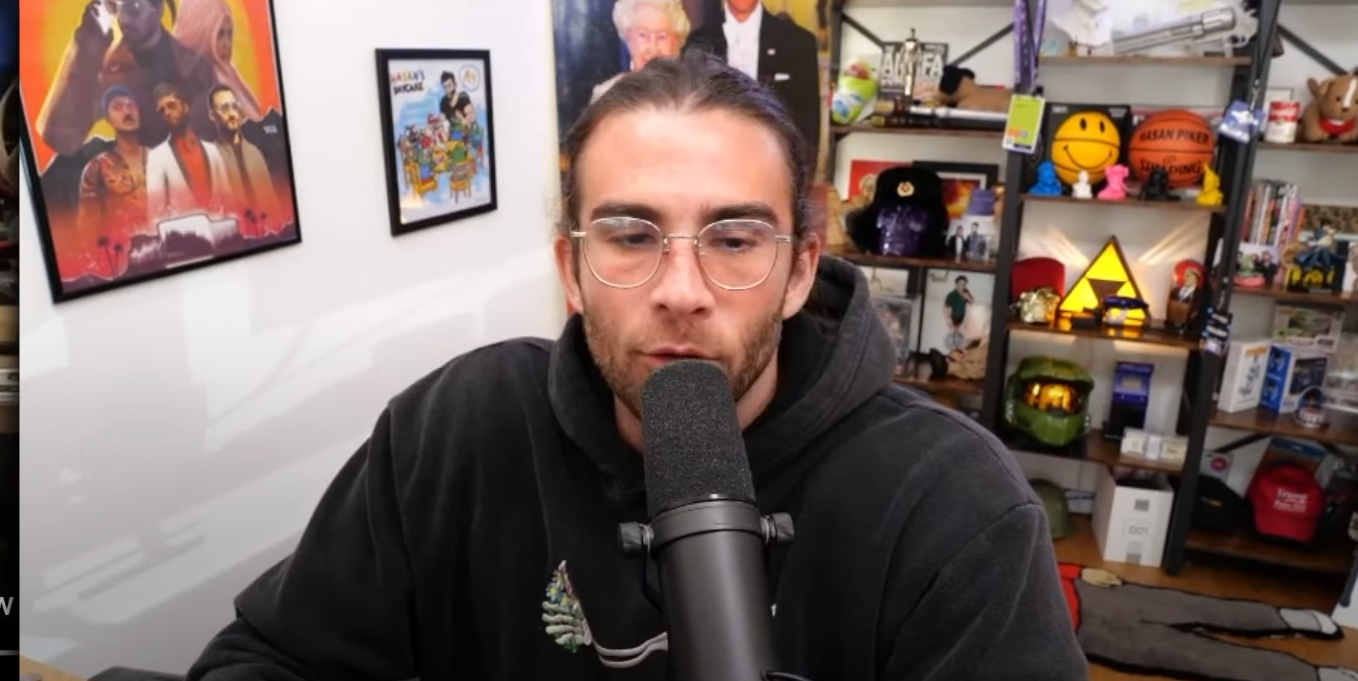 Hasan Piker’s presence on Twitter can be confusing at times. The popular political commentating streamer regularly dishes out his hot takes in a serious manner, but he isn’t afraid to throw a smattering of sarcasm into the mix either.

The mixed bag of seriousness and sarcasm can lead to a confusing assortment of posts for those indoctrinated to his messages. And today, in particular, a post of his has the potential to throw some people for a loop.

Following news of Queen Elizabeth’s health issues this morning, Hasan made a claim on Twitter that can only be described as being from a conspiracy theory.

“Queen has been dead,” he wrote. “@Jschlatt got it right. This is a farce.”

Insinuating that the queen had already passed away, Hasan mentioned a recurring joke that fellow streamer Jschlatt is notorious for. Throughout the past few years, Jschlatt has, numerous times, attempted to predict the deaths of elderly members of the royal family.

At times, the predictions have come across as somewhat insensitive, and they’ve even gotten him in a bit of trouble. Shortly after being verified on Twitter in 2020, Schlatt lost his verification in part because of comments he made very loosely suggesting that the queen might die soon.

He has since made comments regarding other British royalty, like Prince Philip, who passed away in April 2021.

Meanwhile, Schlatt’s Twitter has started to blow up amid the news of the queen’s health. As he posted a picture of him on a plane saying that he was returning home from the U.K., the dark humor continued to proliferate.