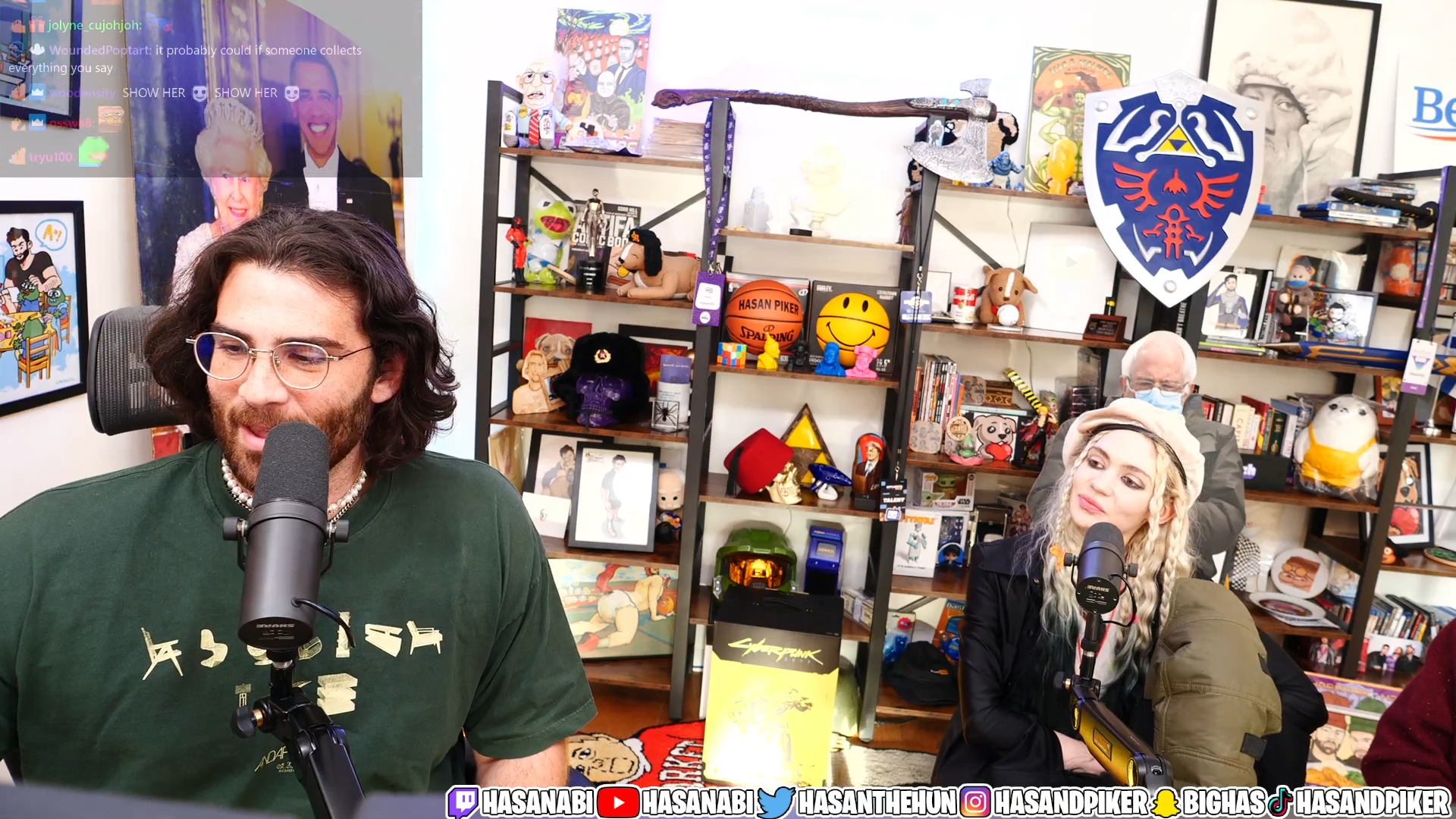 The long-awaited collaboration between popular Twitch streamer Hasan and international musician Grimes finally came to fruition on an April 1 broadcast, when Grimes made a brief appearance on his stream alongside Pussy Riot’s Nadya Tolokonnikova.

The Twitch star had relentlessly sought to bring Grimes onto his stream since November 2021, when the musician was spotted reading The Communist Manifesto shortly after her divorce from tech mogul Elon Musk.

Grimes eventually responded to Hasan’s requests after a long hiatus, though fans weren’t sure if this collaboration would actually happen. Viewers were shocked when Hasan announced a special guest for his April Fools stream. Around five hours into his broadcast, still available to watch in full on Twitch, both Grimes and Nadya Tolokonnikova from the Russian feminist group Pussy Riot appeared on stream.

The pair of musicians did not spend too much time on Hasan’s broadcast, but fans were still abuzz from the sheer buildup of this collaboration. The two discussed Hasan’s near canceling from the purchases of his Los Angeles home and Porsche Taycan, his muscular physique, and even took a shot at Tesla, notably owned by Grimes’ ex-husband, Elon Musk.

Grimes apologized for her short appearance on stream, saying she felt low on energy. Though the musician’s time on Hasan’s stream was fairly short, she made a promise that she would return to his channel. While fans may not know exactly when this will be, Hasan and viewers can finally mark this collaboration down.

Hasan has had countless notable guests appear both on his stream and visit him in person, such as Congresswoman Alexandria Ocasio-Cortez, musician JPEGMafia, and a slew of streamers and internet personalities.