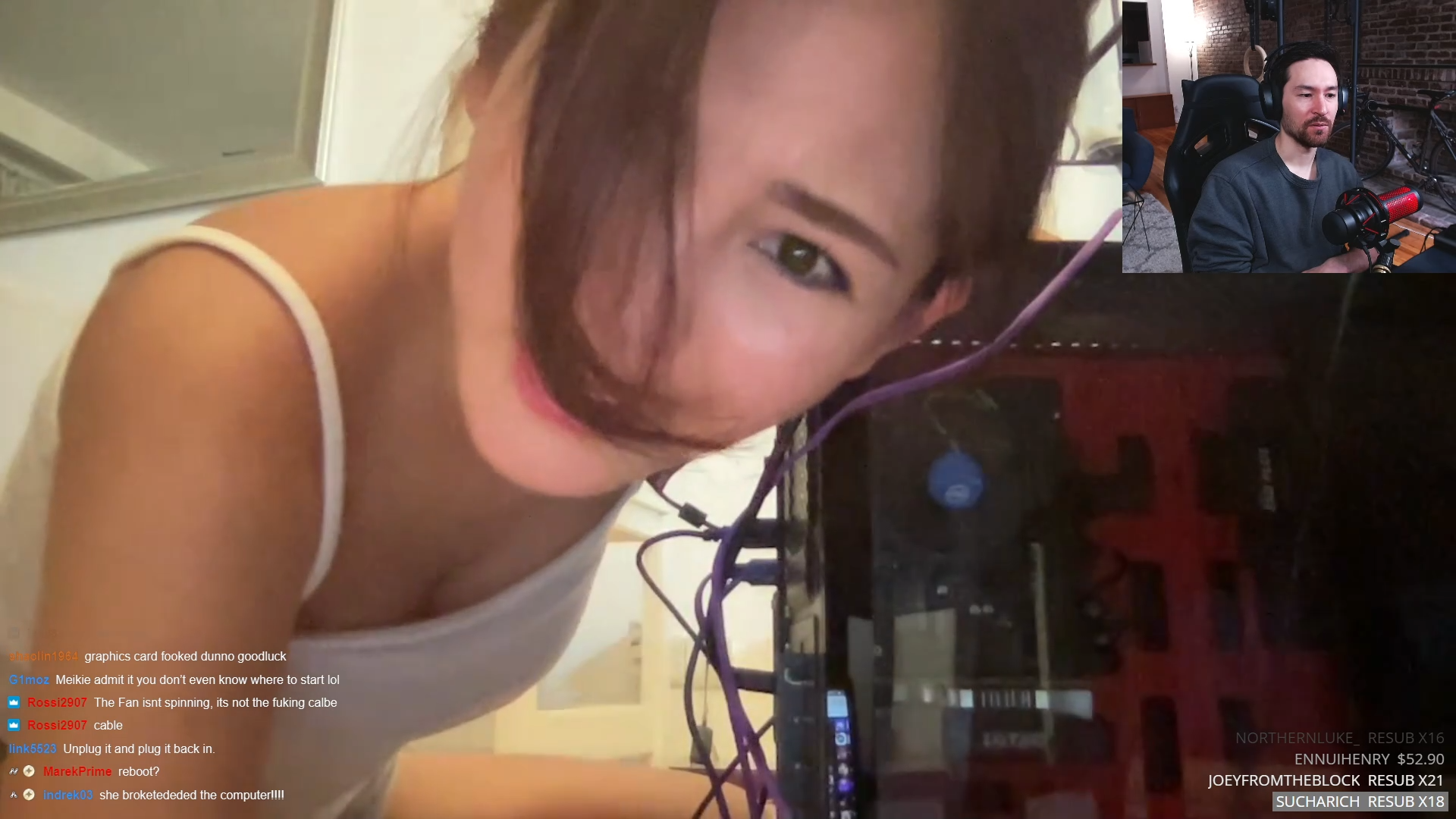 In a live PC building stream hosted by Miekii, fellow Twitch streamer Minxkitty saw her computer’s glass panel shatter on stream. Though the streamer escaped unscathed, it certainly set her build back.

Miekii, most well known for his IRL streams as a New York City bike courier and messenger, helped Minxkitty set up her new PC during an April 4 stream. Directed over a Skype call, Miekii fed information to Minxkitty throughout most of the process as they slowly set up her new system.

It was only 27 minutes into the broadcast, however, when tragedy struck. When showing off the side of the PC, the glass panel suddenly shattered and pieces of glass shards flew across the room. While one large piece seemingly came close to Minxkitty’s eyes, the streamer confirmed that she was unharmed after the initial shock wore off.

The streamer carefully cleaned up the shattered glass before returning to her PC build. While Miekii initially said he believed the panel suddenly broke due to not being fully unscrewed before the attempted removal, both the streamers and viewers alike were bewildered by how easily the glass shattered.

Commenters in a Reddit thread agreed that part of the panel was still tightened too hard before being pulled out. Tempered glass, which is what Minxkitty’s panel was made out of, is notoriously easy to shatter. Though the livestream slightly froze when the streamer was unscrewing the panel, it appears that this would be the most likely cause.

Ultimately, Minxkitty made as much progress in setting up her PC without a side panel as she could. After recovering from the incident, the duo went on to play other games with the sudden shattering behind them.