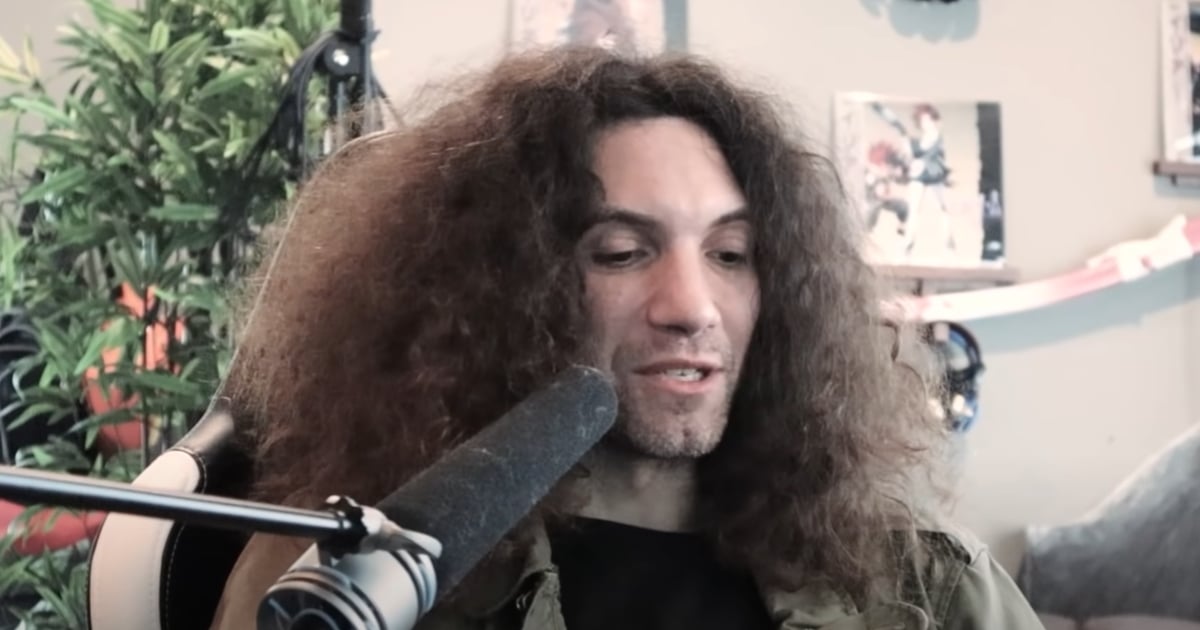 Update on March 23 at 12:22 pm CT: Due to a lack of corroborating evidence, this article has been updated to focus solely on allegations about Avidan’s relationship with an adult fan. It has also been updated to include a statement from Avidan.

Host and musician Daniel Avidan is facing allegations of mistreatment towards female fans after new documents were posted to the rantGrumps subreddit today.

This is just the latest of several accusations made against Avidan over the past few years that accuse the host of sexting, sleeping with, and then ghosting fans.

The post was made to r/rantGrumps, a subreddit focused on criticizing YouTube gaming comedy group Game Grumps, by a user who aggregated evidence shared with them by an alleged victim. It included a video of Avidan showing a hot tub in a hotel room he was staying at in 2017, followed by images of several screengrabs of text exchanges between Avidan and the victim. Avidan’s messages are sexual in nature and include asking for explicit videos.

The victim said she reached out to Avidan in September 2013, exchanging messages about potentially meeting up and becoming friends when he was in the area for a show the following year.

The user who made the Reddit post said the conversations the victim shared with them involving Avidan turned into sexts and eventually “led to her meeting him backstage at a Game Grumps Live show where sexual activity occurred.” After that meeting, the victim says Avidan ceased contacting her.

Prior to this, a controversy within the community called the NotSoGrumpGate took place around November 2019, in which Avidan’s ex-personal assistant and friend Kati Schwartz performed a play in New York called “Bad People,” a recontextualizing of her experience with the #MeToo movement.

In that play, fans saw similarities between one of the characters and Avidan, which prompted them to create multiple threads documenting accusations made against the host.

In each of these cases, the documentation claims Avidan used a similar method: “He’d approach women, cultivate a relationship with them to make it seem as if he wanted to date them or have a serious relationship with them, arrange to meet them for a weekend, then after the first sexual encounter or a single weekend would ditch further contact with them.”

Based on the dozens of posts and previous allegations on the topic, users have suggested Avidan was actively doing this beginning in late 2013. One person claimed she was manipulated by Avidan in November 2019 when she was 30.

“He told me he wanted to ‘build an empire’ with me and that he loved me,” the victim said. “He booked fancy hotels in L.A. for us to have sex in. Then when I asked if we could be monogamous I never heard from him again. Next thing I know, he did the exact same thing to my friend.”

Avidan has been the co-host of Game Grumps since June 2013 alongside the channel’s co-creator, Arin Hanson. He’s also part of several bands, including his flagship group Ninja Sex Party, Starbomb, and many others.

“I stand by the fact that any interactions that took place of a sexual nature with the person in question were done so when she was 22 years old and we were both consenting adults,” Avidan said in a statement to Dot Esports. “To claim I engaged in any predatory behavior is simply untrue. I have made mistakes in the past, and I apologize if my actions or words ever made anyone upset, but those mistakes were never ill-intentioned, exploitative or illegal in any capacity.”