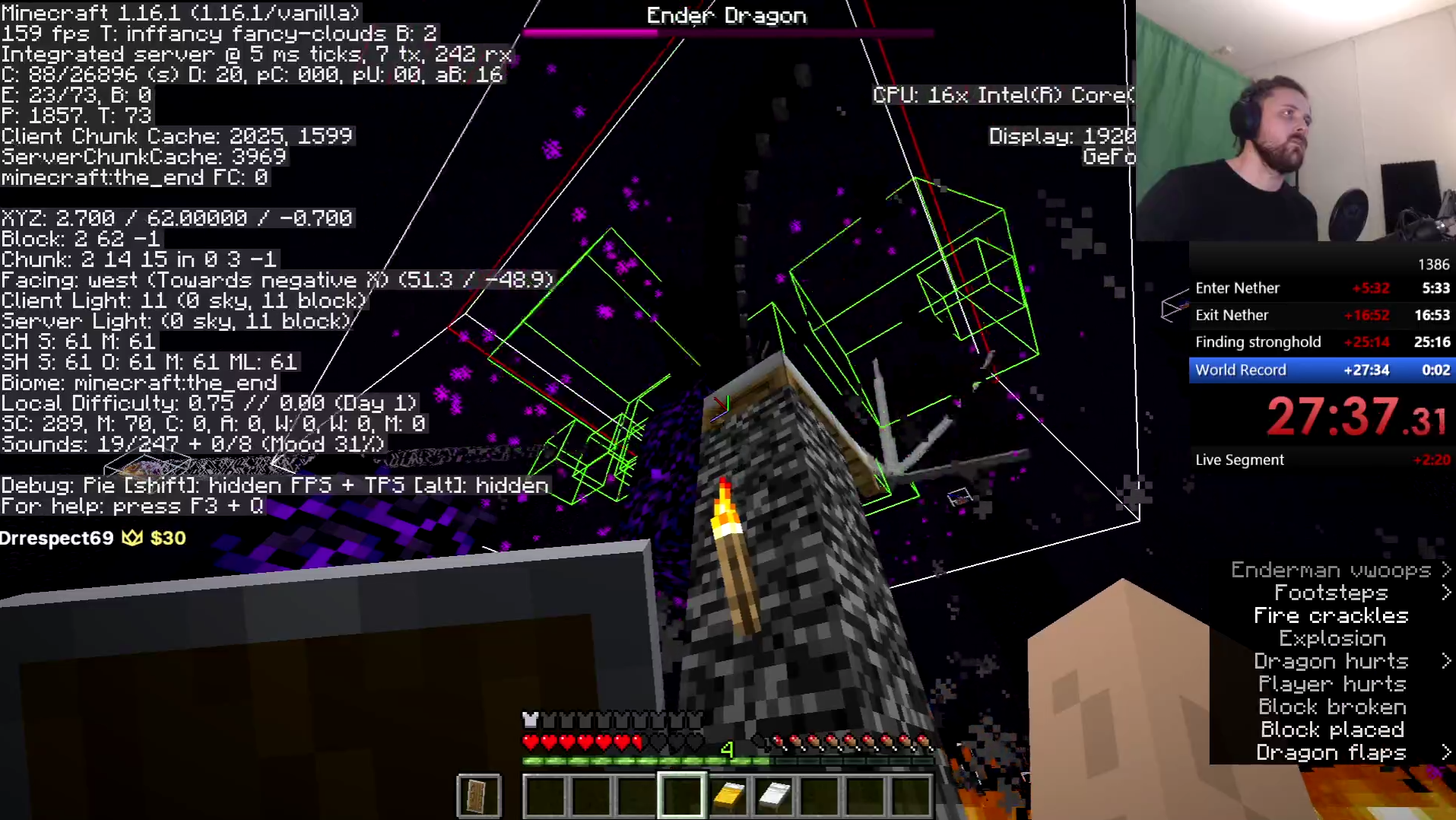 While it never officially stopped, the rivalry between Forsen and xQc has once again been reignited after Forsen managed to beat xQc’s best time at speedrunning Minecraft.

The two have been in fierce competition with one another for months, with xQc recording a time of 28 minutes and 10 seconds back in December, a time that appeared to be too difficult for Forsen to beat.

Since then, Forsen had put together countless attempts, and while some were on track to beat this time, small mistakes cost the streamer. Fortunately for him, though, he finally beat the record today.

During a recent stream, Forsen had an almost perfect run, allowing him to defeat the Ender Dragon and finish the game in 27 minutes and 42 seconds. This time far exceeded the previous record and has posed quite the challenge for xQc to beat.

While reacting to the clip of Forsen’s run, xQc was critical of the method he used to beat the game. XQc also pointed out that during his run, Forsen had died and that his record would not stand in the deathless run category.

The pair have both made huge improvements from where they began. When the rivalry began, they were working hard to reach a time below one hour. After months of practice, both xQc and Forsen have been able to shave their times down to less than 30 minutes, still around 15 minutes longer than the current world record.