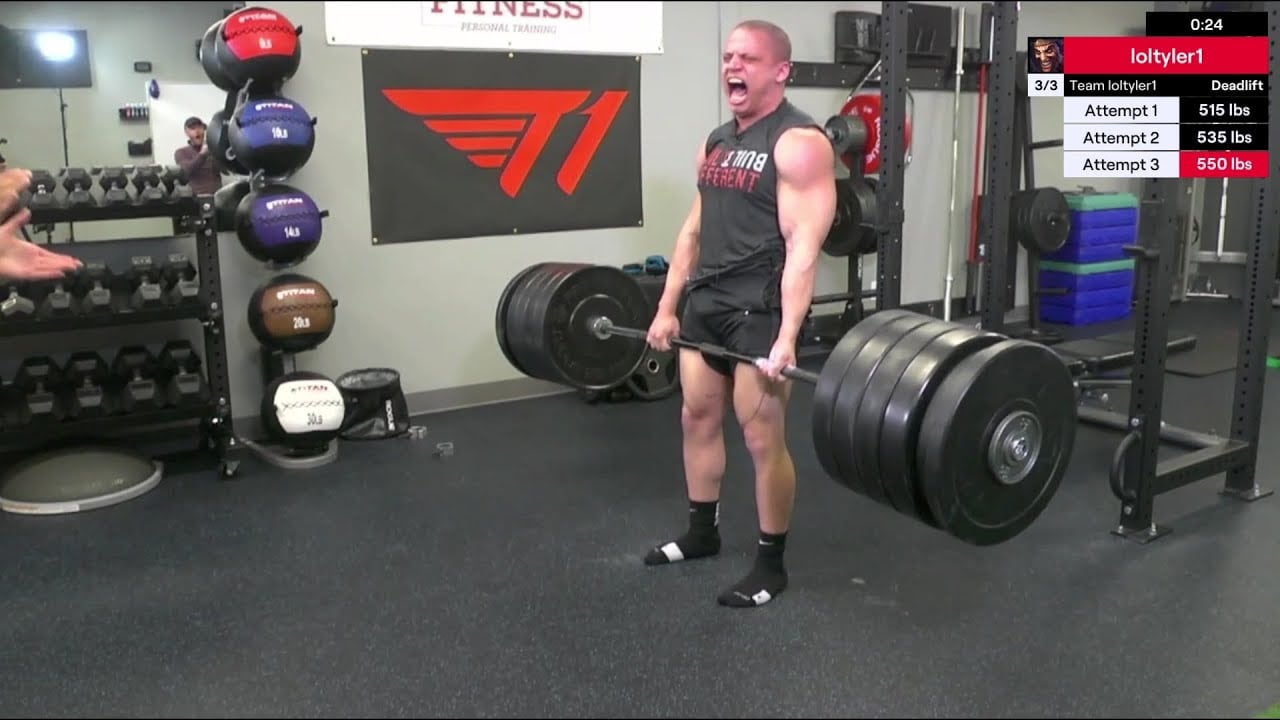 Erobb had one of the more impressive transformations over the 30-day course of Camp Knut. And while he didn’t necessarily gain a ton of mass, he clearly became significantly defined and muscular.

In celebration of his achievements, a fan made a video compilation to show how far Erobb has come during the bodybuilding boot camp—or at least that’s what Erobb thought when he started watching the highlight reel on his stream.

With clips of him running, bench pressing, and even pulling a truck attached to a thick rope, music attached to the video led to a bass drop that was intended to separate the before and after. But the “after” wasn’t necessarily what Erobb was anticipating or hoping for.

Following a few seconds of a black screen, the music peaked as a video of Erobb’s notoriously jacked brother and League of Legends streamer Tyler1 deadlifted 550 pounds. The clip was followed by a couple of other videos of the stronger of the two brothers maxing out his bench press at 425 pounds and squatting a personal best 585 pounds.

If there ever was any doubt about whether Tyler1 needed to attend Camp Knut, the reel of his personal bests certainly put that conversation to rest. But the parody video suggesting Erobb turned into his powerlifting brother certainly left fans—and Erobb—laughing.

“I was actually getting hyped,” he said. “I thought you were going to put me in there man.”

Erobb and Tyler1 have an extremely noticeable resemblance with the biggest difference between the two being the vast disparity in their physical stature, making it easy to see how one would conceptualize a funny video showing one transform into the other.