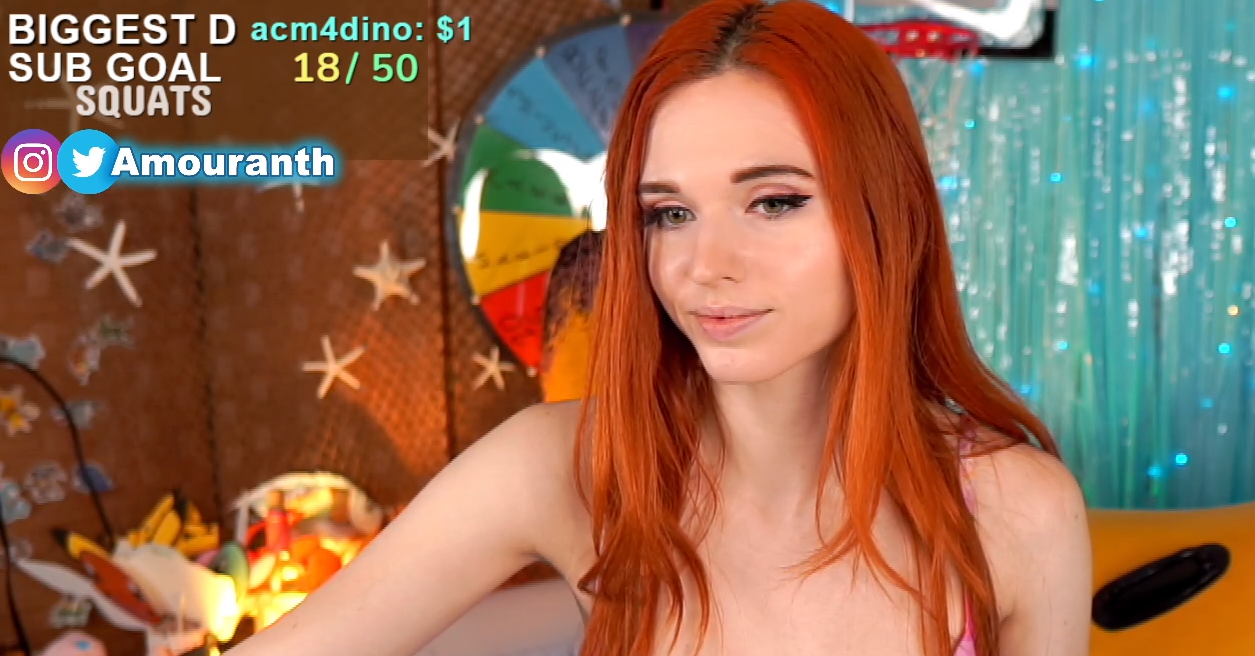 Popular Twitch streamer Amouranth is known for leading the trendy “hot tub” genre on the platform. But according to her, Twitch has disabled her ability to make revenue off of advertisements.

Commercial ad breaks are one of many ways for streamers to make money on Twitch, including direct donations, subscriptions, and bits.

For some, ads are a critical part of their income. And for many Twitch partners, it’s a part of their contract with Twitch that they run ads on their channel regularly.

In a slew of posts on Twitter yesterday, Amouranth said Twitch “indefinitely suspended advertising” on her channel. And according to her, Twitch did so without giving her any notice or warning.

Amouranth did not specifically say that Twitch informed her that the loss of ad revenue was because of a community guideline or terms of service violation.

But she was quick to suggest that it had something to do with her status as a “hot tub streamer,” which makes her “not advertiser friendly.”

During her Twitch stream yesterday, Amouranth explained that the closing of this revenue stream won’t break her income. She said she’s more concerned about this potentially happening to someone who would be significantly impacted by a loss of ad revenue.

“I foresaw something like this coming,” she said on stream today. “The scariest issue that people who aren’t broadcasters aren’t realizing is the stealthy way of not telling you. That’s the big issue here that the creators are worried about.”

Amouranth even leaned into the advertising ban by joking to viewers on Instagram Live that they should check out her Twitch stream for the platform’s first “ad-free experience” since ads are disabled on her channel.

Amouranth isn’t the only person who’s had changes made to their channel’s monetization without notification. Streamer Zach Bussey said that numerous streamers have had unexpected drops in revenue this past month, citing a handful of posts on Twitter.

Following his comments on Twitter, other streamers posted saying that the same thing happened to them without being given a heads up by Twitch.

It’s unclear if that’s in some way connected to Amouranth’s personal situation, but if it is, this could be about more than just hot tub streaming being unfriendly for advertisers.

“We have been watching closely,” Graham said. “Our nudity and attire policy does allow bathing suites in an appropriate context, and hot tubs do fall under that criteria.”

Amouranth can still receive followers, subscriptions, and donations on her channel. But she said on stream today that her ad revenue per month was upwards of $35,000 to $40,000 prior to it being stripped from her.

Dot Esports has reached out to both Amouranth and Twitch for comment. We’ll update this article as we receive more information from either party.