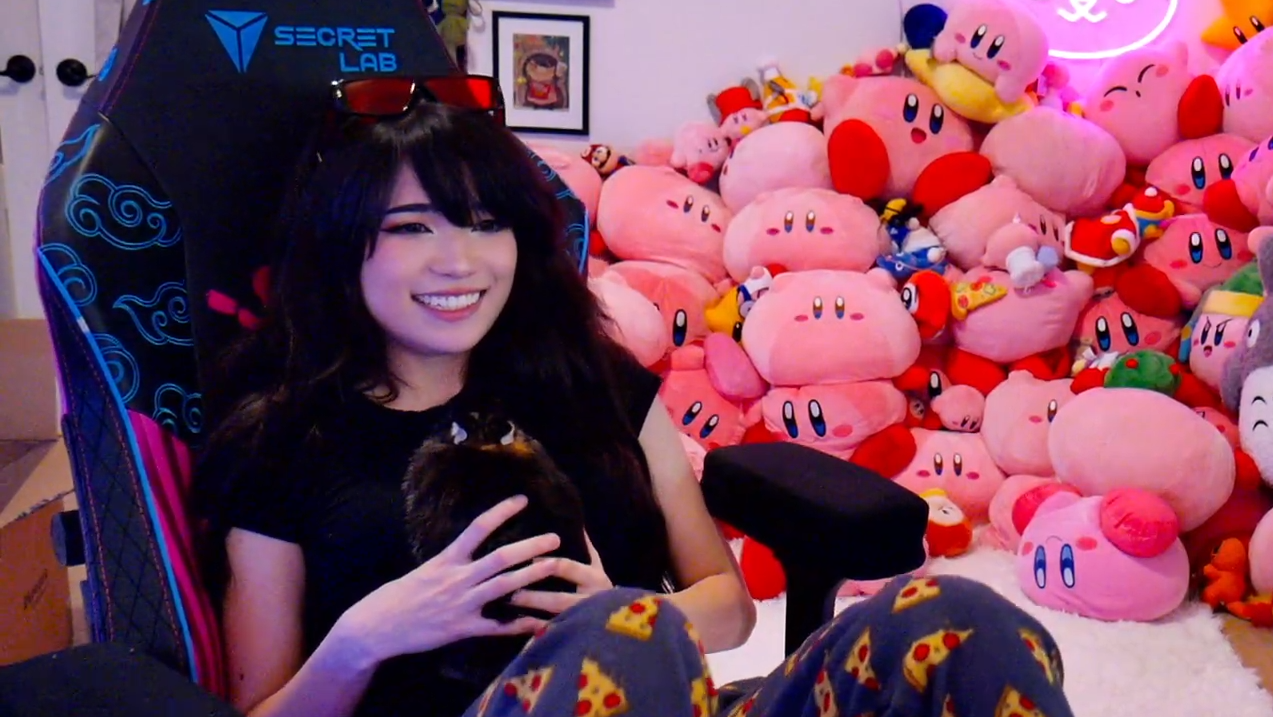 During a Twitch livestream yesterday, popular streamer Emiru clarified why she was prohibited from joining fellow OTK members at Camp Knut, despite initially intending on pursuing the fitness regiment.

Over the past week, OTK members have seen a significant bump in viewership metrics in large thanks to the organization’s ongoing fitness program, Camp Knut. Spearheaded by Norwegian body builder and Twitch streamer Knut, the workout boot camp has seen nearly every member of OTK take to the gym on a daily basis. Fans of the streaming collection, however, noted a significant absence from the group’s lone female member, Emiru.

Appearing on Nmplol’s morning stream, Knut revealed that Emiru showed initial interest in joining the workout and dieting regiment. Knut stated that instead of coming to him first, Emiru went to Mizkif, who never relayed the information. While many viewers assumed Mizkif may have forgotten to include the League of Legends streamer, Emiru explained the reasons why she was effectively “banned” from Camp Knut.

After viewers inquired to why Emiru was absent from the group’s arm day workout, she explained that she was banned from Camp Knut for two main reasons. The streamer pointed to the strength discrepancy between herself and the rest of the group as an area of concern, but also said most of the Camp Knut participants wanted to avoid Twitch chat potentially sexualizing Emiru.

“It’s because my weights are less, I probably wouldn’t be on the same workout routine,” Emiru said on stream. “And another reason I didn’t even think of that they brought was apparently chat is really fucking weird to girls in the background.” Emiru went on to say that she thought the decision was “fair” in the face of the Twitch’s chat behavior.

Emiru said she regretted missing out on the opportunity to join her fellow OTK members in their workout expedition.