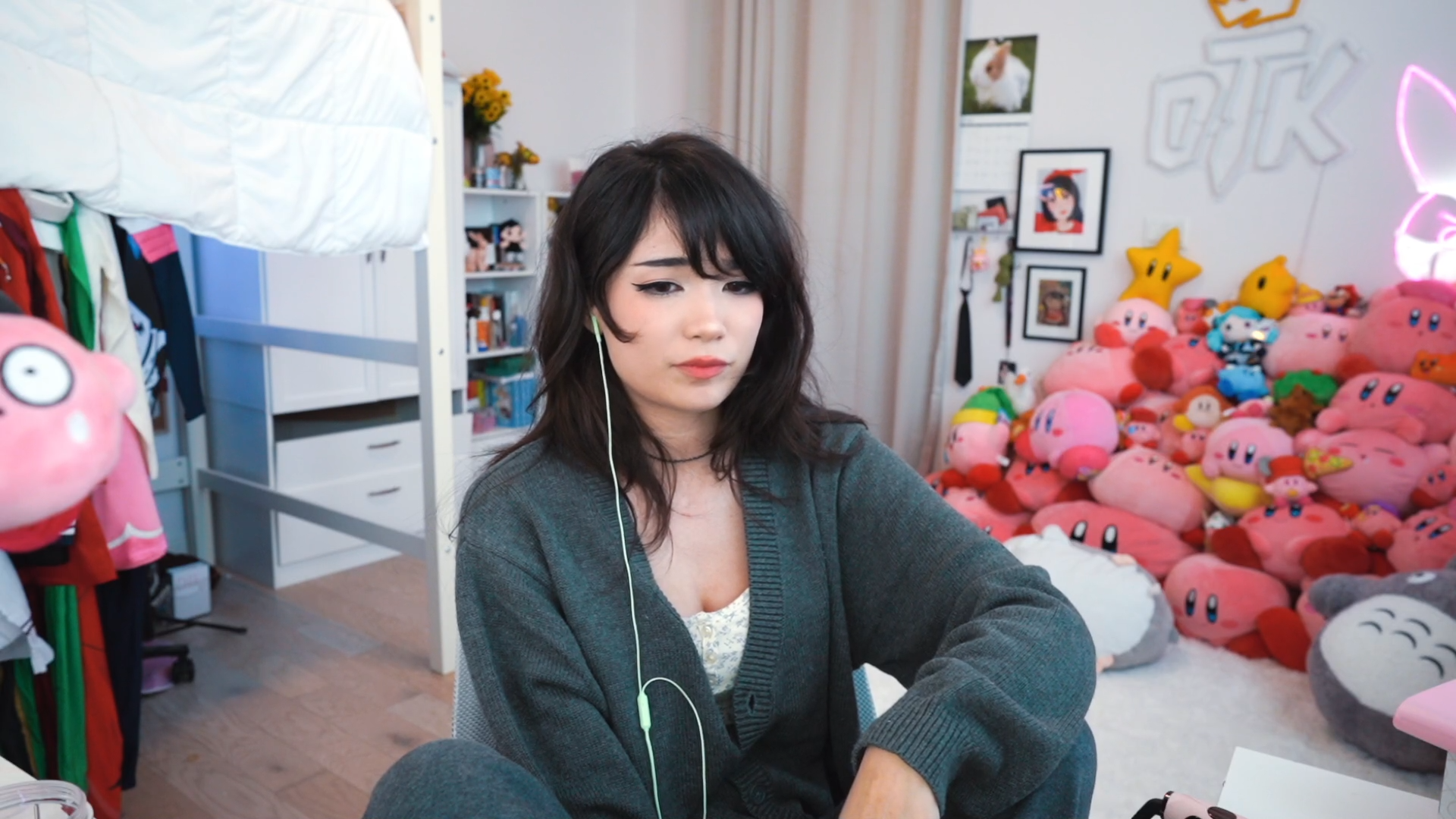 Twitch streamer Emiru went on stream to address OTK’s ongoing investigation relating to the alleged cover-up of AdrianahLee’s sexual assault from fellow streamer CrazySlick. In her stream, Emiru defended Mizkif as well as the other members of OTK and criticized streamers’ coverage of the allegations.

After fellow streamer Trainwreck accused Mizkif of covering up the assault of AdrianahLee, Emiru stated she felt the need to address her experiences with Slick and Mizkif.

Emiru expressed her streaming org has made her feel safer than she ever has before. Referencing several past cases of stalking, which forced Emiru out of her home state, and other instances of sexual assault, happening as recently as her trip to Korea, Emiru claims members of OTK have gone to great lengths to defend her.

“The Mizkif that I know would never know the full story and just let that happen,” Emiru said, “There’s just no way he knew. I’m sorry. That’s just not the person that I know. He’s always been there for me when something horrible has happened to me.”

Emiru then went on to harshly criticize the intentions of fellow streamers covering the situation as it unfolded.

Notably, the likes of Hasan, xQc, Pokimane, Trainwrecks, and more have all been active participants in the conversations, often critical of each other’s coverage and reactions to AdrianahLee’s sexual assault and the following suspension of Mizkif.

“Maybe I’m overstepping a little to say this, but no one else is saying it,” Emiru began. “A lot of the streamers involved in this, I don’t believe you care about what happens to girls on this platform at all. It makes me sick that it only comes out when it seems like it’s the right time for you.”

Emiru stood by her org, defending Mizkif’s character and casting doubt over the allegations he sought to cover up any assault. Currently, OTK is still undergoing an investigation by a third-party org, with Mizkif still under suspension.