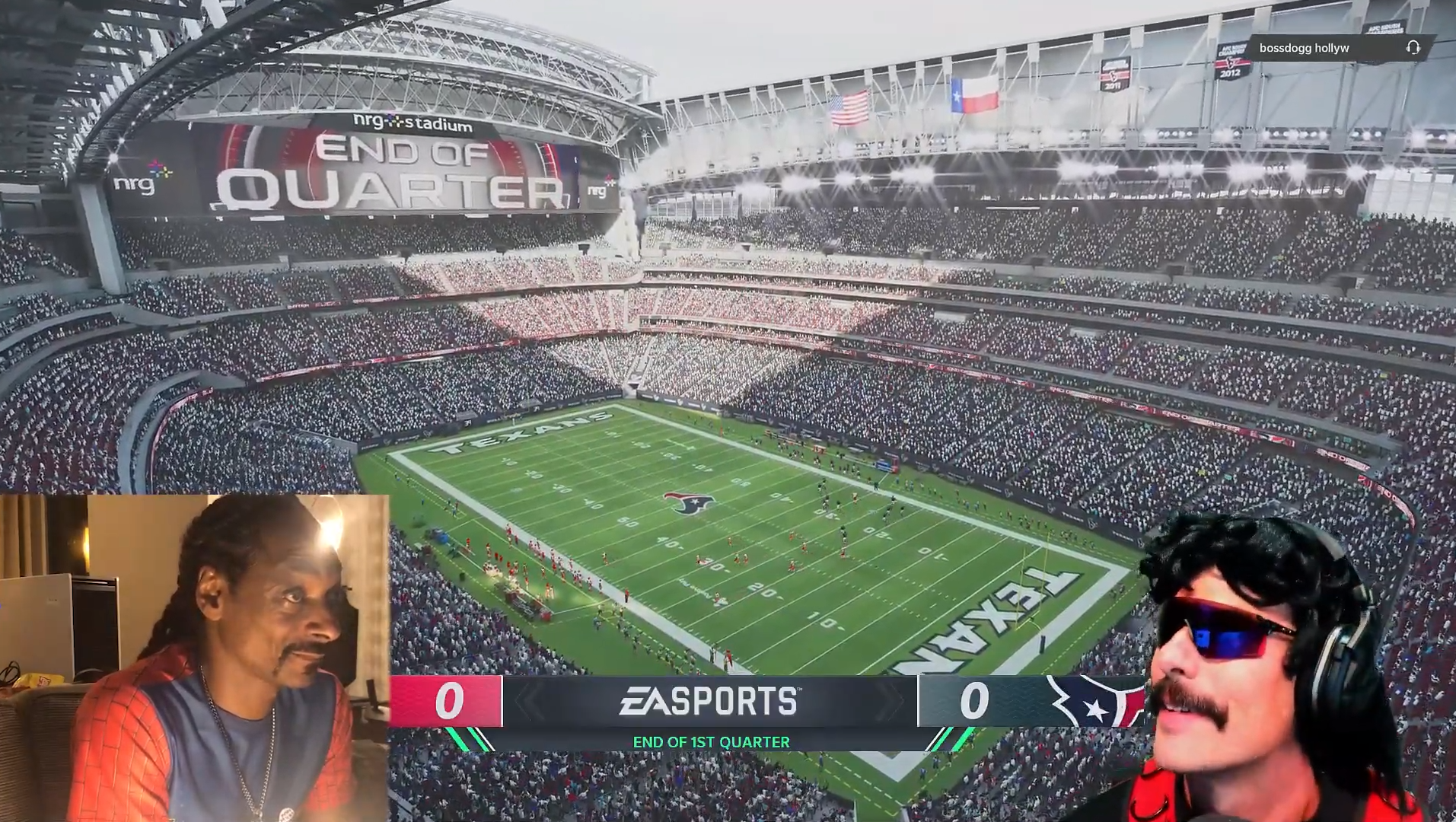 One of streaming’s most popular personalities took on a hip hop legend in a game of Madden NFL 21.

The high-profile matchup between Dr Disrespect and Snoop Dogg was put together by the teams at the NFL and EA to promote the recently-released title. The match was a part of a showcase titled “The Greatest VIRTUAL Tailgate of All-Time!” held on the NFL YouTube channel. This included matchups between a variety of different public figures from many different industries.

Doc vs. Snoop Dogg was the final game during this event and it began with The Doc confessing that he had not played Madden since Madden 1995. The two continued to chat about various things from The Doc’s height, to basketball, before selecting their teams and beginning the game.

The teams were allocated to each player prior with Snoop Dogg playing as the Kansas City Chiefs against Dr Disrespect as the Houston Texans. After some brief trash talk, the game began with a back and forth first quarter seeing zero points on the board. Early in the second quarter Snoop gained some momentum and was able to secure a touchdown, scoring 6 points for the Chiefs. Snoop was quick to put together another touchdown further extending his lead over The Doc. Snoop scored his third touchdown before The Doc was able to finally get on the board securing his first touchdown late in the quarter.

Early in the third quarter Dr Disrespect was able to kick a field goal before making a breakaway run securing a second touchdown for the Texans. Continuing into the fourth The Doc was unable to make a comeback and wound up losing to Snoop Dogg 18-15.