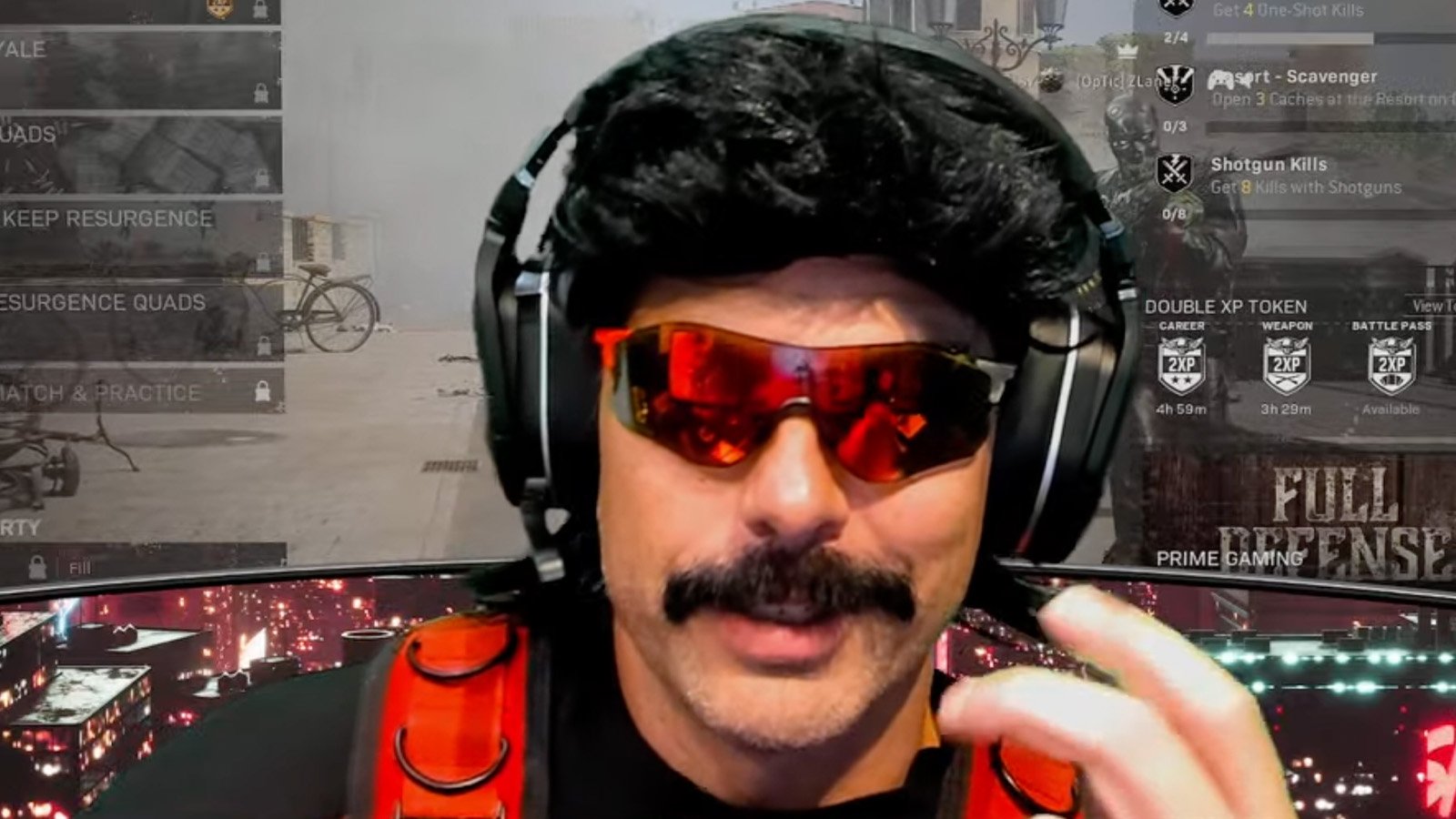 Normally, it takes a lot for Dr Disrespect to break character. However, the two-time couldn’t help but laugh off camera after some rowdy Warzone players roasted his squadmate, ZLaner, on stream.

The two-time and ZLaner had just won their second lobby in a row, and they were basking in the violence, speed, and momentum they concocted to pull it off during the victory cinematic.

But once it finished and they entered the post-game Warzone lobby—a place where anyone can chat on the mic, all hell broke loose. A chorus of player voices broke the silence, quickly drowning each other out.

Some cheered as Doc taunted with a prideful chuckle. Others hurled obscenities, looking for their chance to say something provocative. And two roasted the heck out of Zlaner.

“Fuck your ponytail, you fucking loser!” yelled the second, poking fun at the OpTic content creator who often streams alongside the two time.

Dr Disrespect couldn’t contain himself. A smile wider than his mustache swept across his face almost immediately, followed by genuine, out-of-character laughter—which doesn’t happen often. The spectacled streamer cupped his hand over his mouth and ducked off camera to try to mask it, but he couldn’t. “Man, are you going to let them talk to you about your ponytail like that?” he said.

“Not at all!” replied ZLaner. “I don’t know. I told them to suck on something.” Dr Disrespect pressed his lips together to stop the last waves of laughter from spilling out.

This time, he pulled it off, and soon regathered himself.

Doc has broken character while playing games before, as evidenced by the countless compilation videos on YouTube, although the moments it happens are few and far between.

He’s also broken character for serious reasons, like when he confessed to being unfaithful to his wife in Dec. 2017 and announced a break, or when someone shot at his house in Sep. 2018.

Thankfully, this time was a result of some light-hearted fun.