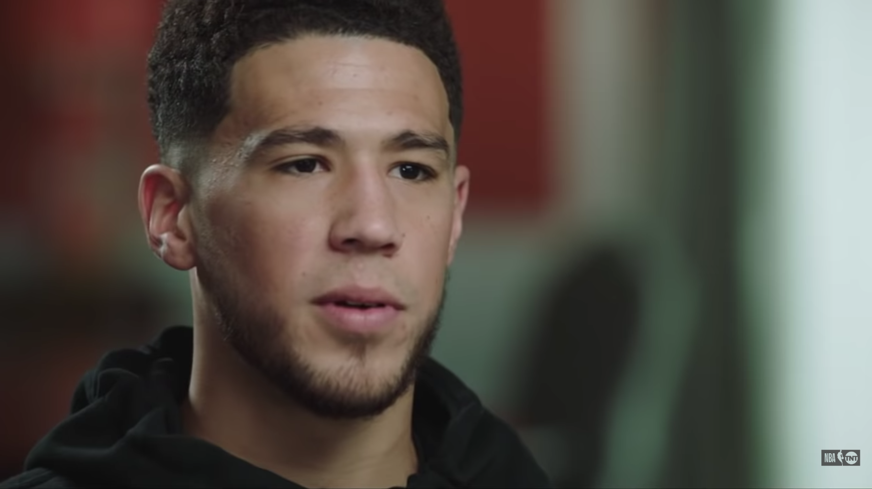 Screengrab via NBA on TNT

One of the NBA’s rising stars got a pretty big surprise while streaming on Twitch today.

Phoenix Suns guard Devin Booker discovered the 2019-20 NBA season had been indefinitely suspended as he was playing Call of Duty: Warzone on stream.

While playing the battle royale game with streamer Cloakzy and 100 Thieves owner Nadeshot, Booker was told the season had been suspended. Booker seemed to mishear, saying that it’s a possibility before being told reports had already surfaced that the league was going on a hiatus.

Within minutes, Booker turned off his stream.

The NBA announced earlier tonight it would suspend the season after tonight’s games conclude. Utah Jazz center Rudy Gobert tested positive for COVID-19, or more commonly known as the coronavirus, shortly before the Jazz’s game against the Oklahoma City Thunder. The game was canceled after Gobert’s test results came back positive.

The NBA said in a statement it will “use the hiatus to determine next steps for moving forward in regard to the coronavirus pandemic.”

Earlier in the day, the World Health Organization officially declared the outbreak a global pandemic. More than 4,000 have died from the illness and there have been more than 120,000 confirmed cases.

Numerous esports and non-esports events have been postponed, canceled, or otherwise affected by the outbreak, including today’s cancelation of E3.