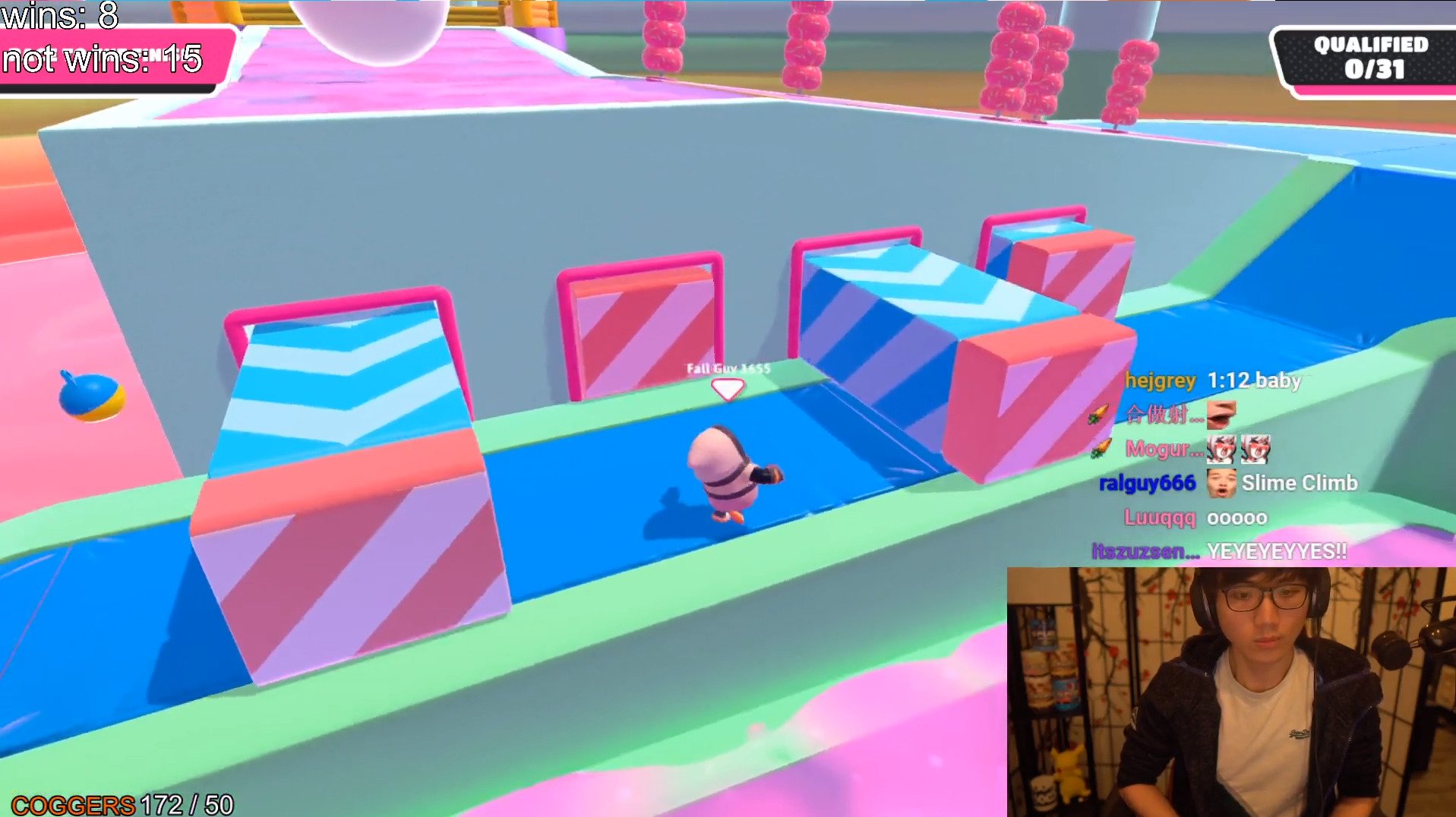 Fall Guys has taken the gaming community by storm since its release earlier this month. Due to its popularity, many players have been competing to see who can get the fastest run on certain levels inside the game.

Popular League of Legends streamer and former pro player BoxBox believes he may have recorded the world’s fastest run of the mini-game Slime Climb.

During his most recent stream, BoxBox had a flawless run of the level that clocked in at 51 seconds, two seconds faster than the alleged previous record of 53 seconds.

To achieve this time, BoxBox first used the jump pad to launch himself up onto the next ramp. He then quickly maneuvered around the moving blocks and rolling balls. To save some time, BoxBox jumped onto the treadmills from the side instead of walking the whole way up the ramp and entering as intended.

After successfully walking across the yellow beams, he saved time again by diving onto the slime and avoiding the hammers to reach the final set of moving blocks. Once again, he skipped the first one by jumping and diving up onto the next level. After diving into the final slime obstacle course, BoxBox took it home with a perfect run through the swinging balls.

No one has reported a faster time than BoxBox on Slime Climb yet. And due to the precise path he took to gain this time, it might not be surpassed in the near future.