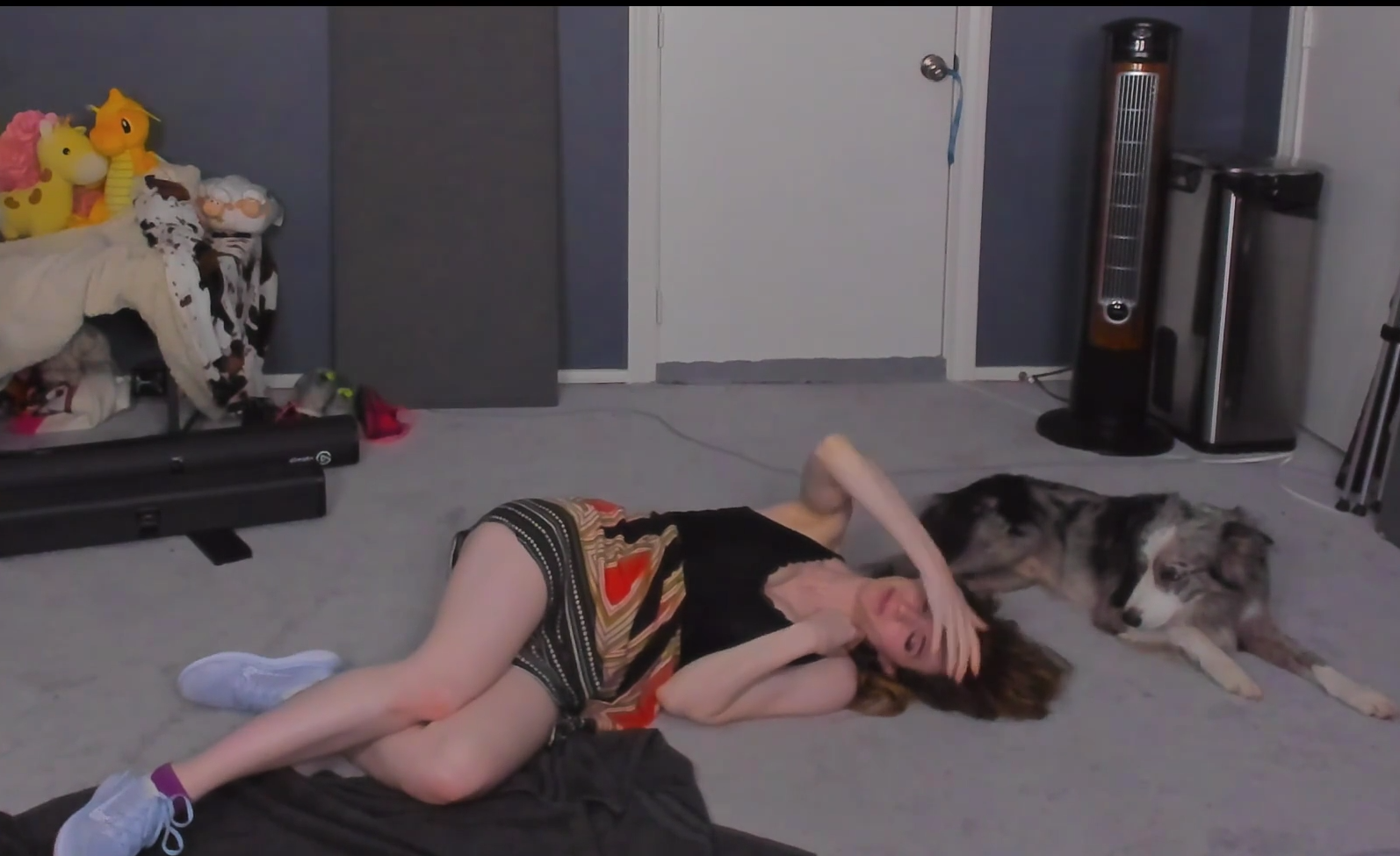 ASMR Twitch streamer Amouranth has been banned from the platform for “accidental nudity” during a livestream last night.

Amouranth was doing a special ASMR stream with her dog at the time. She laid down on the floor of her room and played with her dog with the microphone nearby, probably trying to get some interesting sounds for her viewers. When she tried to sit up, her skirt slipped to the side and showed more than Twitch allows streamers to see.

The clip of the moment became popular on Reddit, which probably prompted some viewers to report her stream and cause the ban.

Amouranth is one of the top ASMR streamers on Twitch, with over one million followers. She’s also known for having an adult cosplay Patreon and she occasionally takes some of these cosplays to her Twitch streams in a less sexually-suggestive way to abide by the platform’s Terms of Service. Some of these streams are usually tied to subscriber goals that she sets.

Twitch has a page in its Terms of Service dedicated to sexual content, including nudity and sexually-suggestive content, where it addresses what is forbidden when streaming. One of its sections says that “attire intended to be sexually suggestive and nudity are prohibited.”

Amouranth has yet to reveal the length of the ban. Twitch usually tries to punish streamers according to the severity of the offense and the number of times they’ve been banned or suspended in the past. Since Amouranth’s slip seems to be accidental, it’s unlikely that her ban is permanent and fans should be able to watch her again soon.