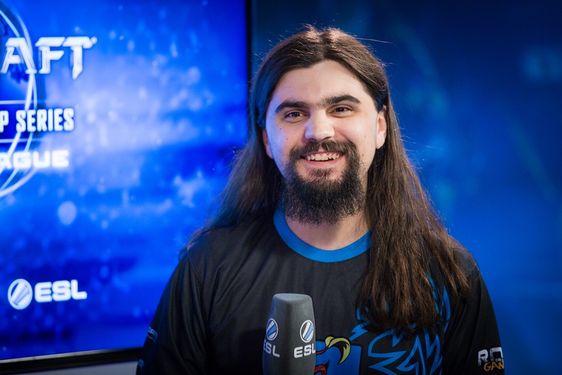 This article is sponsored by McDonald’s.

Come Aug. 26, the top eight StarCraft 2 players from across the Australia and New Zealand region will be whittled down to two in the StarCraft 2 World Championship Series ANZ season four event. A $10,000 AUD prize pool is up for grabs, but more importantly, the top two players will qualify for the 2017 WCS event in Montreal.

Ahead of the event, we spoke with teamless Terran player Iaguz about his preparation for the event.

You’ve been playing RTS competitively for the better part of 10 years now. First, how are your wrists treating you, and second, what’s kept you motivated?

Iaguz: Jesus Christ, has it been that long? [My] wrists are a bit sore but not so much I can’t put good practice in. As for motivation, well, there’s hardly much else I really aspire to do so I’m sticking with Starcraft until I figure that out.

You’re the most decorated player in the region, with the most international events under your belt. What was your favorite tournament to attend, and which victory meant the most to you?

[My] favorite event was probably WCS Krakow in 2014. They held it in a really awesome venue packed with passionate Polish fans. They debuted the LotV trailer there, which was hype as fuck. Lilbow ended up winning, which was the first time a foreigner had won anything in ages, and most importantly, they served beer at the venues—good beer too. As for my win that means the most, possibly qualifying for WCS NA back in 2012.

I had to beat some pretty good Protoss’ at like 3am to make it to the round of 16—Macsed and Alicia, I believe—and that was my earned overseas tournament. My first was IEM Guangzhou but I only went because Moonglade dropped out.

It seems as though Probe is your biggest rival and closest competitor. Is there anyone else you fear might cause you some trouble this weekend?

Demilove is a strong player, though a bit of a choker. [He] doesn’t thrive in nerve-wracking situations. Seither is a strong Terran and isn’t afraid to take TvT in directions I feel uncomfortable.

On a non-StarCraft related note—you have quite a knack for game reviewing and humorous writing in general. Do you have any plans for fostering your writing talent into a post-pro-gaming future?

Not really, that just happens when I’m bored and/or drunk. I can’t currently imagine getting paid to write, so it’ll probably just be a hobby I indulge in from time to time when the fancy takes me.

Since the OSC-ROOT partnership was disbanded, you’ve been teamless. Do you have any plans to join another team?

No. Teams generally don’t give you much and I’m comfortable not feeling obligated to anyone for the time being. This may be subject to change. We’ll see.

What’s your drink of choice at the moment?

Whiskey on the rocks is always alright. I don’t mind the occasional gin or beer, though.

Do you have any shoutouts or thoughts you’d care to share?

Shoutouts to Blizzard, ESL and Maccas for making all this happen, and I promise to give the most amazing games ever for fans.

The WCS ANZ season four finals are fast approaching, so make sure to grab some tickets if you want to attend the event.