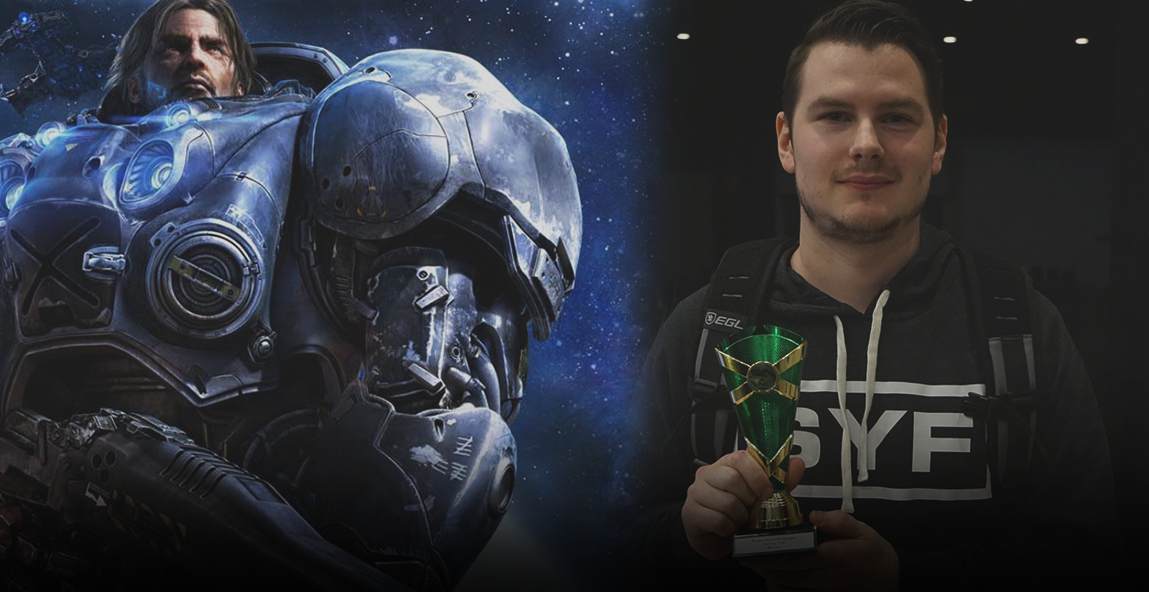 Nicholas “HuT” Hutton may not be Australia’s best StarCraft 2 player, by his own accounting, but he’s the one who’ll represent his country and the entire Southeast Asia and Oceania region at the next World Championship Series (WCS) circuit event in Montreal next month.

The humble veteran has emerged as one of the region’s top performing Terrans toward the latter half of the year, steadily improving his WCS qualifier results. He reached the finals of the WCS Valencia qualifier in June, earning him a trip to Spain. Then last week, he bested all comers.

HuT had to beat a trio of players who many consider the best Terran, Zerg, and Protoss in the region to win the WCS Montreal qualifier, including his teammate on SYF Gaming, Sheldon “Seither” Barrow. The Terran player Seither won the last two qualifiers and reached the finals of the first one this year, making him a heavy favorite to reach Montreal. But this time, after he lost to Seither in the Valencia qualifier finals, HuT had his number.

He will represent his region alongside Protoss player Sean “Probe” Kempen in Montreal on Sept. 7 to 9.

We caught up with HuT to discuss his win, how he feels about attending another international event, and what his region needs to do to become contenders on the international stage.

How does it feel to win the qualifier this time after coming so close in the last one?

HuT: I was honestly very surprised I did so well this time around. I wasn’t practicing particularly well in the leadup to the qualifier, so I was doubtful I’d have a strong result. However, I think maintaining a positive attitude in all situations has been a key component in each of my results this year, so I was just able to relax and just focus on my own game throughout the day.

Seither has been playing well all year, winning the last two WCS qualifiers. What did it take to beat him this time?

He just had an off day. I think he would beat me eight or nine times out of 10 if we played any other day. It just so happened he was off form that weekend. I still feel I’m behind Probe and Seither in terms of skill. I just seem to have a mental edge against Probe at the moment, which has come in handy so far this year. I was disappointed for Seither that he lost to Probe in the lower bracket final rematch, but watching the games allowed me to confirm to myself that my gameplan against Probe would work for the grand final series.

You seem to have grown into one of Australia’s premiere Terrans over the past year or so. What’s allowed you to become one of your region’s top players?

I spend a lot of time thinking about the mental side of the game, planning builds or choosing strategies that can make people uncomfortable knowing they have to play against me. I feel this is an area neglected by a large amount of our player base, which I seem to have taken advantage of and thrived doing as a result. As I said, I still think Seither is well above me in terms of overall skill, so I definitely have a significant amount to improve within my play before I feel like I’m close to challenging him for the title of strongest player in the region.

You’ll be attending Montreal with Probe, which is your second international event with him after WESG earlier this year. What’s it like attending an event with him, and how do you fancy your chances in Montreal?

Sean is a good guy. Though we’re not particularly close due to our recent rivalry, I still have a ton of respect for him and his play. In my mind, he’s undoubtedly the strongest player from our region when it comes to international events, despite a few wobbles at home this year. I would expect a strong performance in Montreal from him, and I’ll definitely be cheering him on at the event. Personally, I’m not worried about how I go in Montreal. I didn’t play my best in Valencia so as long as I can perform closer to my level I won’t be too disappointed.

This will be your second time representing your region at a WCS circuit event this year, and your third major international event. What did you learn in Valencia that will help you in Montreal?

The main thing I learned was to just relax and trust your gameplan. I felt like all the stronger players on the circuit tended to play aggressively against people they would be favored against. My series against Reynor definitely felt this way to me, anyway. I don’t seem to struggle with this aspect on the local scene but internationally it’s something I’m working on.

This year hasn’t been kind to your region’s WCS circuit representatives, with one match win in circuit events this year between all players. What needs to change for the region to make an impact on the world stage?

We just don’t have enough of a player base to consistently improve. Probe is the only top-tier Protoss player and the “SEA ZvZ” tournament memes have all died out with no clear Zergs standing out recently except for Meomaika. Meo is also similar to myself in a lot of ways in that we think about the game and the opponent while not being mechanically superior all the time.

One change I would like to see, which I know has been brought up many times before, would be for U.S. West to be the default server for anyone in SEA against anyone in the Americas. I feel like adjusting to the Korean meta too much can be a pitfall sometimes when playing against players from the Americas or Europe, so I feel this small change would help somewhat.

You can catch HuT and Probe in action at WCS Montreal on Sept. 7 to 9 where they’ll face off against the best players that the WCS circuit has to offer.