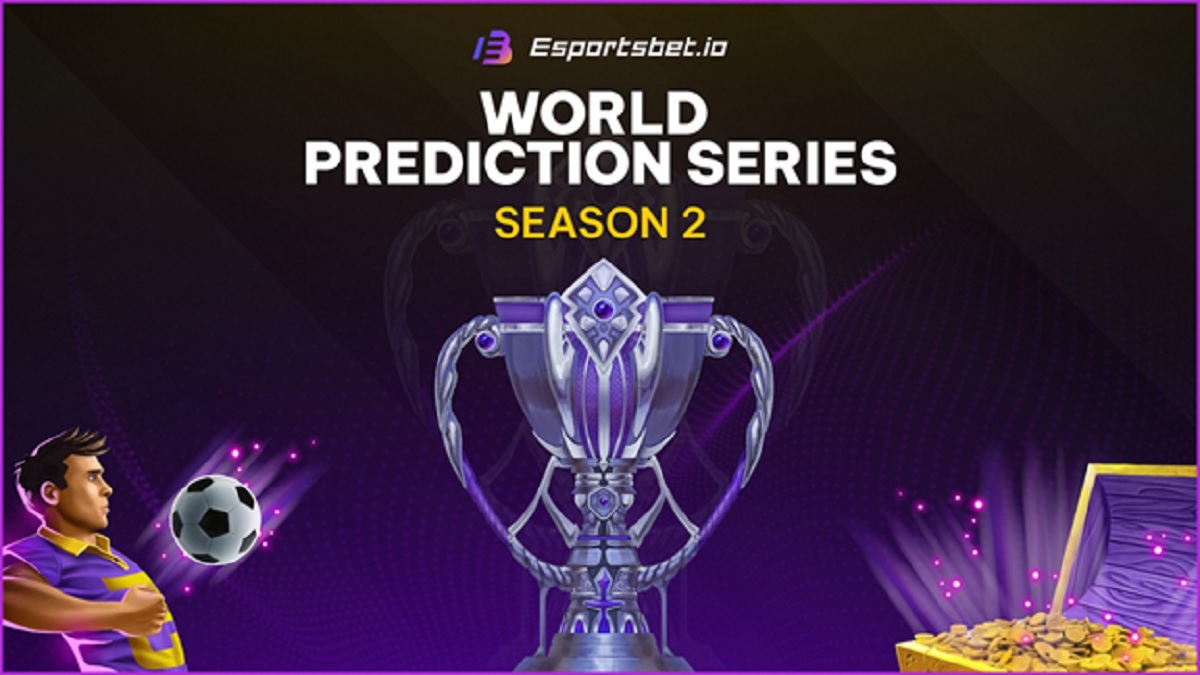 This article is written in partnership with EsportsBet.

Season two of EsportsBet’s World Prediction Series is just around the corner and things are looking exciting for 2022. The latest season of the WPS will begin with a collaboration between EsportsBet.io and industry veterans Richard Lewis, Thorin, and MonteCristo. Being some of the industry’s most well-known analysts, this trio is the perfect sponsor to spread the word on WPS.

To kick things off, Insight on Esports has launched a new show called Competitive Edge. This one-on-one show will feature two hosts providing pre-match analyses of upcoming League of Legends games using historical stats, team trends, and odds all provided by Esportsbet.io. Using their predictions, you can then head over to EsportsBet and attempt to pick the winners for a chance to win some DJT.

DJT is a unique currency made for EsportsBet.io that can be used across the entire website. Closely linked with the World Prediction Series, DJT lets you place bets on participants in an attempt to climb the ladders and become a “Grandmaster Analyst.” With WPS being a year-long contest, you’ll have plenty of chances to earn and trade DJT.

This season, players will be competing for a chance to win $300,000, with a total prize pool of $10 million. This is in addition to exclusive VORP NFTs that participants can earn. The first 500 users to earn 30,000 DJT will get put on a whitelist to earn an NFT. Following that, the first 50 users to earn 50,000 will get a second spot on the whitelist. Lastly, the first five users to earn 80,000 will be granted an additional NFT on top of the first one.

To enter the contest, you only need to create a free account on EsportsBet.io. All new accounts will be automatically credited 1,500 DJT to start playing. If you run out, don’t worry. Daily sign-ins will grant you 1,000 DJT and joining the EsportsBet Discord server will give you a one-time 2,000 DJT bonus. From there, you’ll need to pay attention to stats and pick the winners to get ahead and have a chance at winning some cash.

With the WPS season about to begin, now is the best time to join EsportsBet.io.