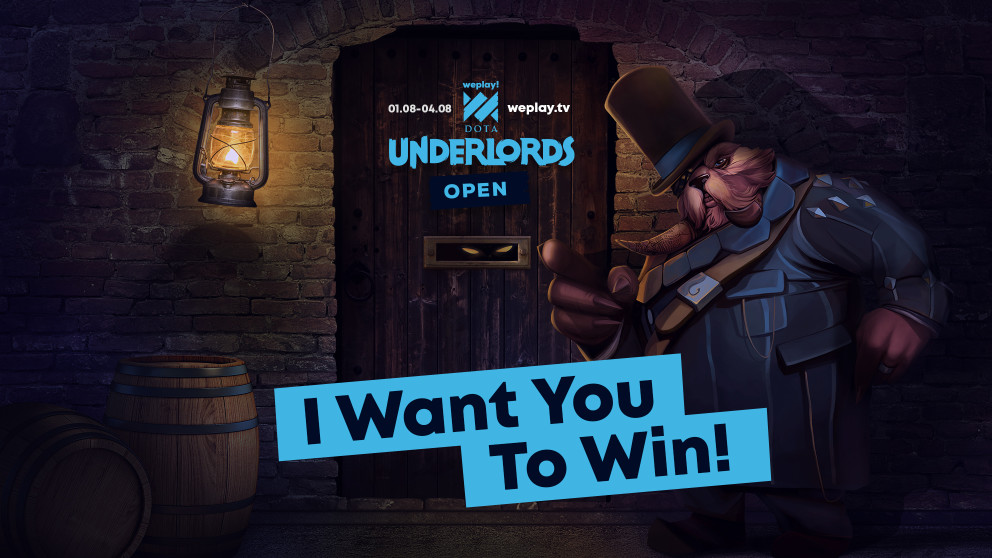 This article brought to you by WePlay! Studios

If you are a fan of Dota Underlords, WePlay! Is about to kick off its WePlay! Dota Underlords Open. The tournament is set to take place from Aug. 1 to Aug. 4 2019 and there will be a $15,000 prize pool up for grabs. Qualifiers for the event took place last week and 16 of the worlds best players are now preparing for the finals. How can you tune in? We have all the details below:

Participants will compete in a Round Robin format that will be split into two divisions; one, Vicious Order (Europe time zone) and Crimson Gang (Americas time zone). Each division will have eight participants, playing five games a day from Aug. 1 to Aug. 2.

After each game is played, participants will get points depending on the place taken by a player. The winner will be rewarded with 10 points, with second and third taking home seven and six points respectively.

After 10 games, the top four players from each group with the largest number of points advance to the next round. These eight participants will also have to play 10 games from Aug. 2 to 4 Aug 2019 to reveal the four best players of the tournament.

For Vicious Order and the European division:

For Crimson Gang and the Americas division:

The schedule for the main event is as follows:

The event will be broadcast live on WePlay!’s official Twitch channel.

In the final stage participants will duke it out for the total prize pool of $15,000, which is to be distributed among the top four players:

WePlay! Dota Underlords Open will be broadcast by WePlay! in its “esportainment” concept—a mix of esports and entertainment. WePlay! has developed a unique platform that aims to provide a seamless viewing experience for die-hard fans and ensures the game is easily understood for casual viewers.

One thing the WePlay! studio content always does well is connecting its events to themes. For the Valentine’s Day-themed Dota 2 tournament its talent presented as Cupids so it will be interesting to see how the casters will be dressed in this tournament.

What to expect from the tournament:

Dota Underlords is ripe for theming, given the underlying concept of the fantasy town of White Spire and the battle for supremacy between various criminal underlords. You can catch a glimpse of the theme in their announcement video below.

David “ImpetuousPanda” Nolskog, one of the casters for the event provided a little bit more insight. “If I had to guess I think it’ll lean heavily on pop culture or cinema for its references,” he said. “With Artifact’s first tournament, the media surrounding the event was influenced heavily by adventure movies, and I’m excited to see if WePlay! production team can pull off something similar this time around!”

He added: “I think there’s definitely an abstract connection between the ‘Underlords’ and the gangs’ confrontation, and if I were a viewer I’d be just as excited for the media surrounding the event as I’d be for the tournament itself, that’s how unique I believe the WePlay! twist on esports production is.”

Whether you’re a fan of “esportainment” or want to learn more about Dota Underlords, the tournament will definitely be a sight to see. Fans from around the world can catch all the action live from WePlay! Twitch starting from Aug. 1.