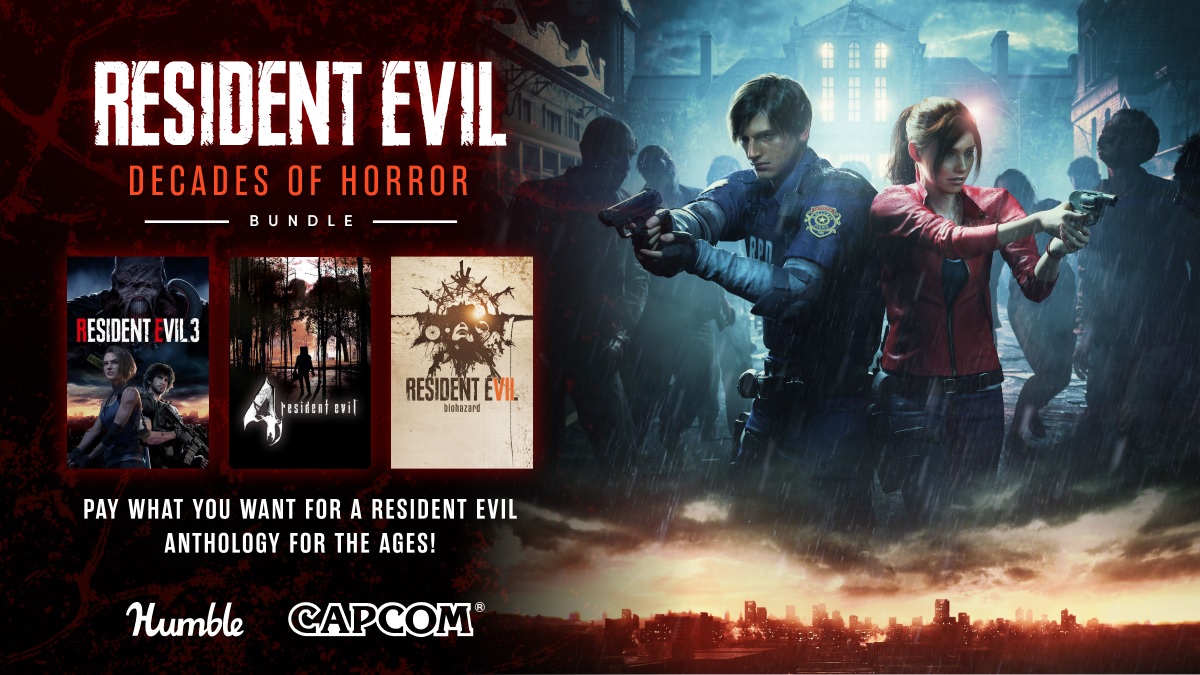 This article is written in partnership with Humble Bundle.

Resident Evil is one of gaming’s most iconic and important series. While many have different stories about when they first started to take notice of Capcom’s survival horror franchise, almost everyone regards it as both highly influential and outrageously fun. Some people, though, haven’t played more than a few of the games or are looking to jump into the entire series after playing last year’s excellent Resident Evil Village. That’s where Humble Bundle comes in.

In celebration of Capcom’s deadly series and to help support the NARAL Pro-Choice America Foundation, Humble Bundle is compiling almost all of the main series entries into one package. From the eerie beginnings in the Spencer Mansion to the backwater disaster of the Baker House, this ultimate Resident Evil bundle will give you more than enough jump scares to last a lifetime.

In addition to those excellent titles, Humble is including a 50-percent off coupon for Resident Evil Village just in time for the release of its upcoming Winter’s Expansion DLC pack. As with previous Humble Bundle offerings, proceeds from sales of this package will help support charity, in this case, the NARAL Pro-Choice America Foundation.

The bundle will only be available for the next week, so make sure to jump on it now. You can get it here.