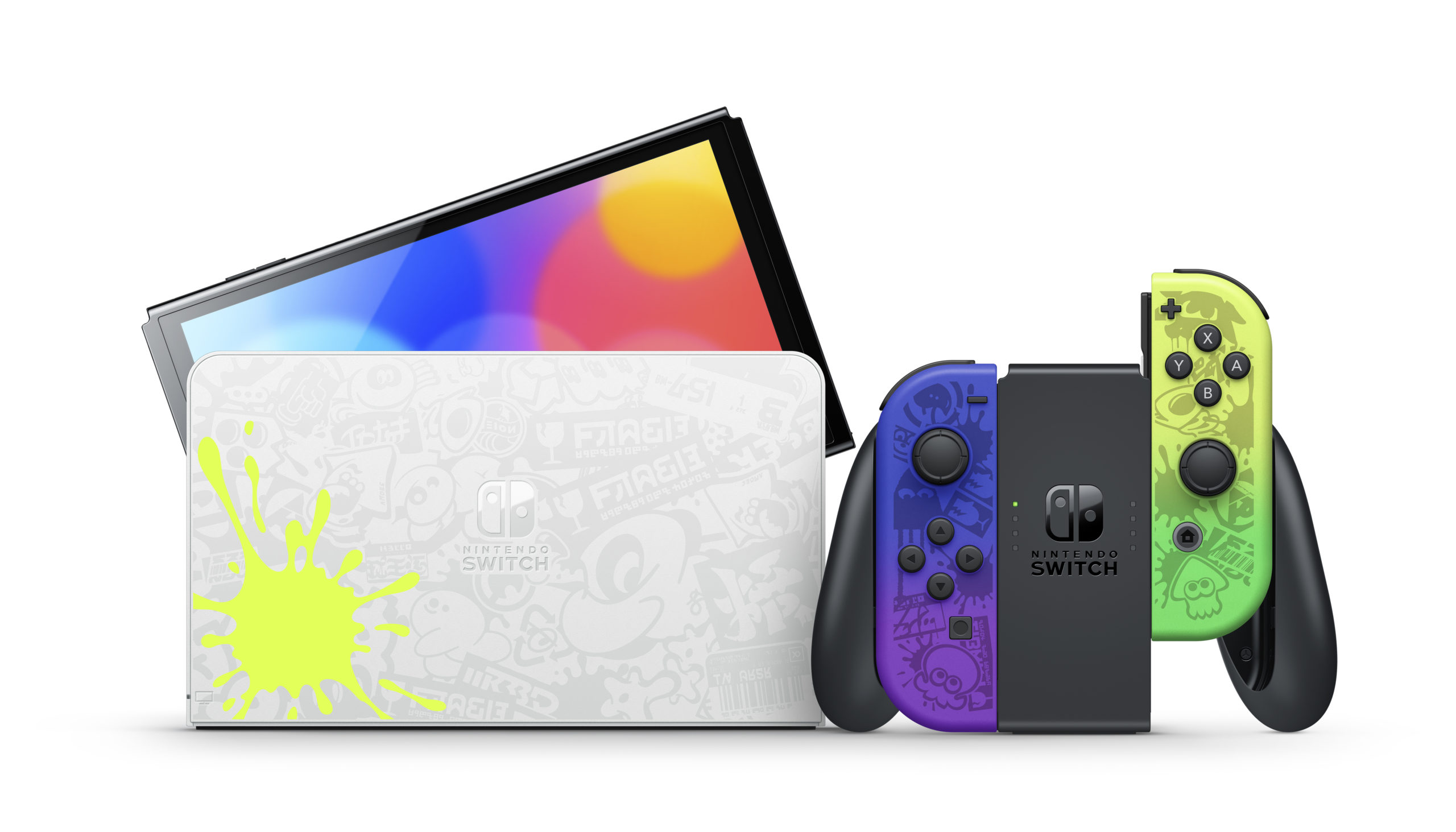 To celebrate the upcoming release of Splatoon 3 and its Splatfest World Premiere, Nintendo has released a gorgeous new themed Switch console. In the tradition of 2020’s Animal Crossing: New Horizons decorated console, the Splatoon 3 special edition OLED model includes custom-colored joysticks, a gray patterned dock, and a black-on-black pattern on the back of the console itself. Whether you’re using it in handheld mode or TV mode, it’ll make you look as fresh as your Inkling.

The console is available now ahead of the game’s Sept. 9 launch. If you’re in the US, there are several places you can snag one. The OLED Switch has been difficult to find ever since it launched in late 2021, so don’t be surprised if the Splatoon 3 edition sells out just as quickly. If it appears to be sold out online, don’t forget to contact any local retailers and game shops that normally carry Switch consoles. They just might have some left.

As of this writing, the special edition Switch is sold out at Best Buy, but it may come back in stock later. Best Buy credit card holders can also finance their purchase over a year if they don’t want to pay the full price outright.

Walmart still has Splatoon 3 Switches in stock, so make sure to grab one if you really want it. There’s no telling how long they’ll last, especially since demand for OLED models is so high.

Amazon also still has the special edition Switch in stock. It’s listed as the number one best-seller in Switch consoles, so chances are it’s going fast. While it’s Prime-eligible, you may not be able to get the usual two-day shipping depending on where you live: when we pulled up the listing, we found that it wouldn’t deliver to us until Aug. 30.

While the Splatoon 3 OLED is listed on GameStop‘s website, it’s marked as “currently unavailable” as of this writing. It’s not clear whether GameStop hasn’t received its stock yet or whether the console has already sold out, so make sure to keep checking back.

Target also has special edition Switches listed, but they’re currently unavailable online. The Target website does allow you to see the current stock at retail locations near you, so make sure to check your local stores if you can’t find it online.