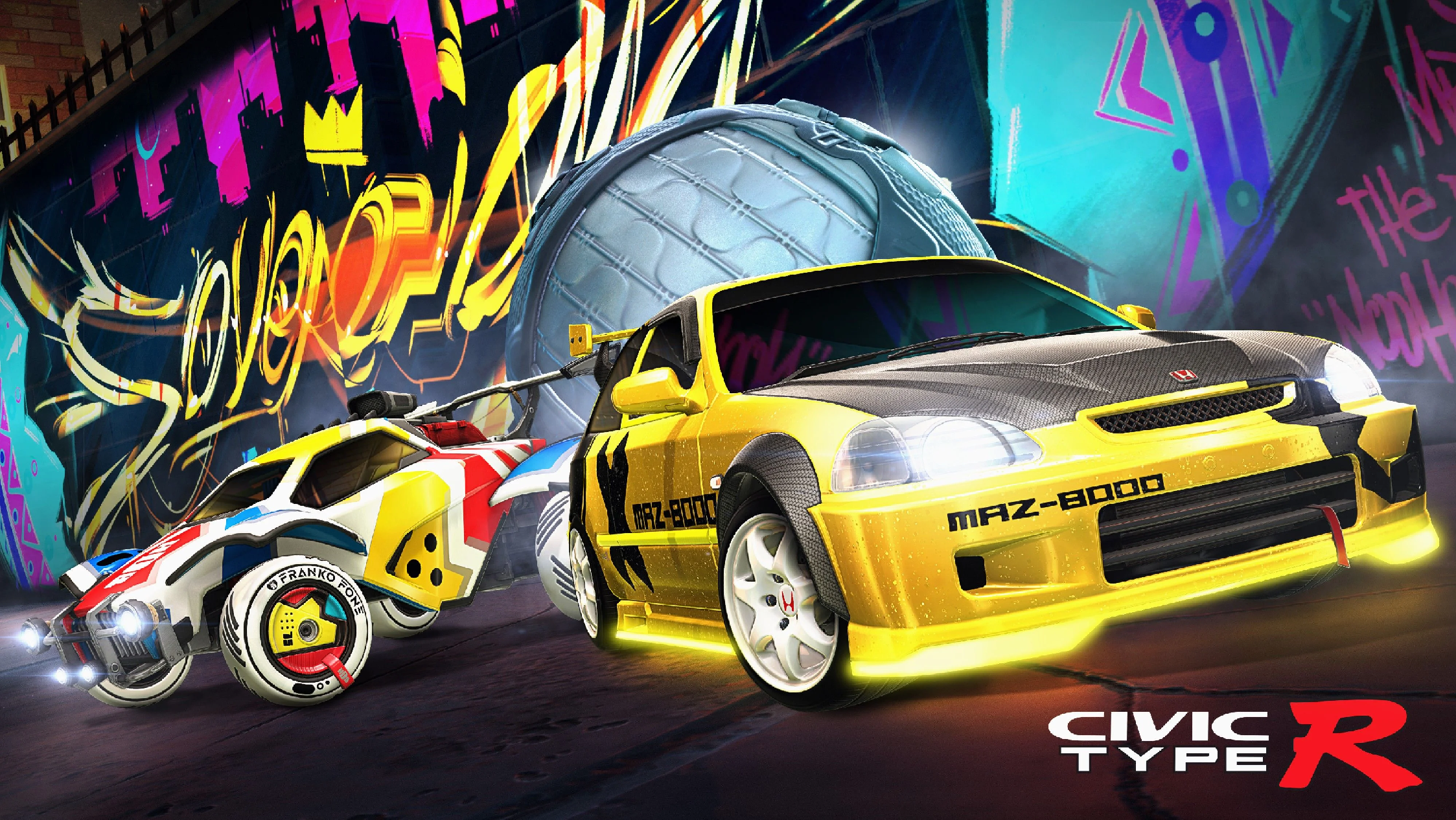 Let’s take our car soccer to the streets. Season eight of Rocket League is less than a week away, and today, Psyonix officially unveiled more information about the game’s latest season, including Rocket Pass information, a new arena to play, and more.

The poster child of season eight is the Honda Civic Type R. Rather than build its own futuristic Honda concept, however, Rocket League is taking cues from the past, and putting the 1997 EK9 Type R into the game. The hatchback is a bit of a legend amongst classic tuner cars, and it will be the first IRL car to be included in the premium Rocket Pass, according to the season eight blog post.

The inclusion of this specific car makes sense, given the street car theme that season eight seems to be going with. The new cosmetics all look like they’ve been lifted from a Need for Speed Underground game that never got released, which fits in perfectly with the arcade style inherent in Rocket League.

Even the new arena comes with an underground, subversive feel to it, simply based on its description. Sovereign Heights quite literally has an “underground soccer scene,” and the Sovereign Heights arena has a throwback urban feel to it. No copious amounts of neon and futuristic buildings here. Think more classic city block, with streetlamps lighting up the night sky and graffiti adorning open spaces on the buildings surrounding the arena.

Season eight also promises a new Hoops arena, more graffiti and tuner-themed car cosmetics and animations to unlock, and more. There’s even more content that’s still be announced as well, with Psyonix mentioning that “season 8 has too much to show all at once.” Keep your eyes peeled for Rocket League to release even more content for the upcoming season in the days to come.

Season eight of Rocket League begins on Sept. 7. The game will update for the new season beginning on Sept. 6 at 6pm CT.