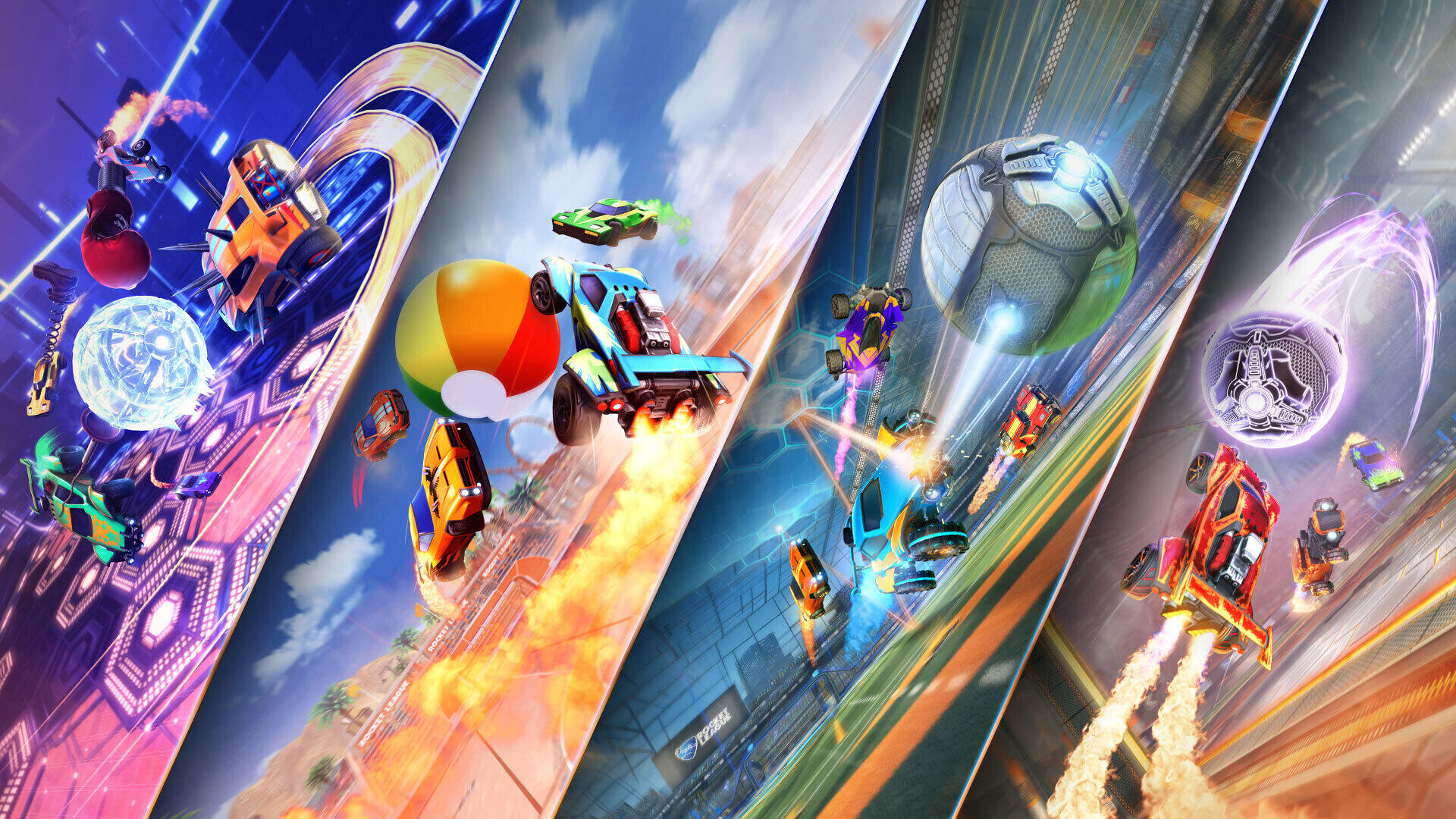 Rocket League is giving fans an action-packed month of May. The Modes of May event will place four new and returning limited-time modes on rotation over the course of the month, between May 1 and 26.

The Modes of May event kicks off with Dropshot Rumble, a mixture between two of Rocket League‘s extra modes. The combination of the two modes blends the surgical precision of Dropshot with the utter chaos and RNG of Rumble to create an amusing and entertaining match type.

The second week will mark the comeback of the Beach Ball mode, which harks back from last year’s Radical Summer event. As the name implies, the mode changes the ball’s behavior to suit a beach ball, with a decreased weight and softer bounces. The two-vs-two mode promises a change of pace from usual modes, especially with reading air shots and timing bounces.

Week three will host the “community favorite Boomer Ball mode,” according to Psyonix. The mode is likely taken from a YouTube video by pro Dillon Rizzo where he played a mutator-infused custom mode alongside Emiliano “Sizz” Benny and YouTubers JonSandman and PhantomACE. The video shows the following mutators:

The final limited-time mode is Heatseeker, which made its way to Rocket League between April 16 and 20. The LTM will automatically direct the ball toward the enemy goal after even the slightest touch and will increase the ball’s speed after every successful hit. If the ball hits the backboard, it’ll go back to the opposing team’s goal—so accuracy is still required.

The Modes of May will run each weekend between May 1 and 26. Each new mode kicks off at 11am CT. Players can find the full schedule on Psyonix’s website.