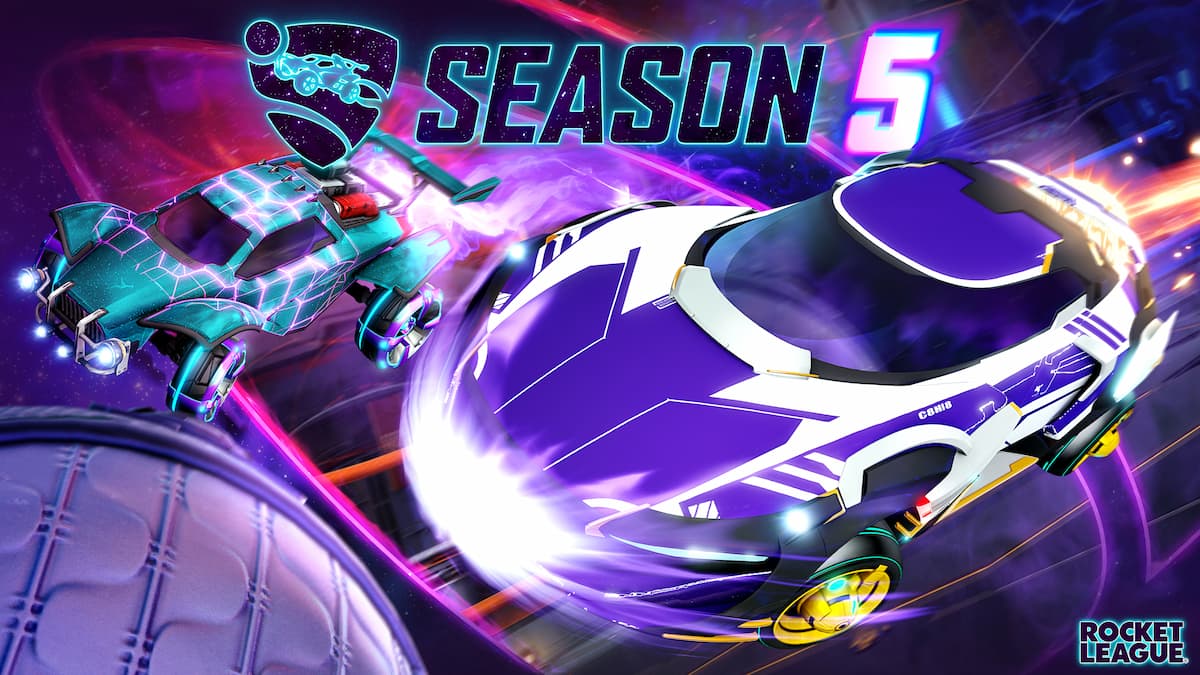 Rocket League Season Five is about to get underway, kicking off on Nov. 17 with a new space-themed content drop that will include new items, updates, and more.

Players across all platforms will be able to download the latest update starting tomorrow, which will launch a new competitive season and give everyone access to the next Rocket Pass—headlined by the new Nexus model car.

By competing in matches, players can unlock the Nexus, along with other items like the Spacedirt Paint Finish, Hyperspace Animated Decal, and Cosmosis Goal Explosion. Anyone who purchased the Season Five Rocket Pass Premium track will immediately unlock the Nexus, and all players can grind up the ranks to unlock the final form of the new car, the Nexus SC.

A full set of details and content for the Season Five Rocket Pass will be shared on Nov. 16 ahead of the big update. Starbase Arc is also getting a makeover, becoming Starbase Arc (Aftermath) in the wake of an invasion. It will include a new version of the Player of Games Season Five anthem by GRIMES, with additional details to come soon.

Psyonix is also bringing back the Heatseeker Ricochet Limited Time Mode (LTM) and adding the Barricade, Colossus, and Hourglass arenas into the mix from the Rocket Labs. This LTM will be added a day after the update launches, going live on Nov. 18.

You can learn a bit more about Rocket League Season Five, and the Season Four Competitive Season Rewards that are going to be distributed when the new season begins on the Rocket League blog.