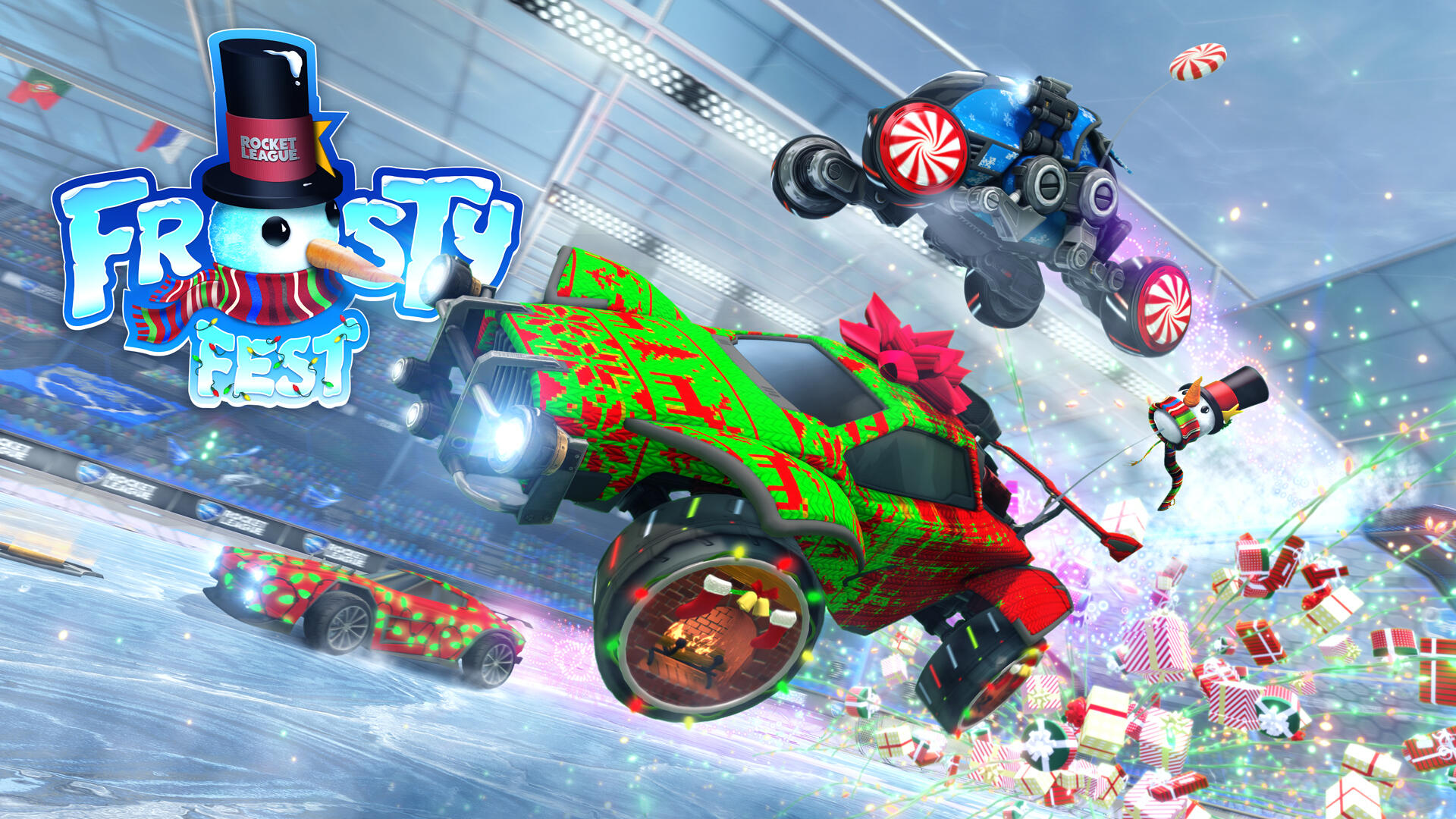 Whip out your ugly sweaters and step on the gas: Rocket League‘s Frosty Fest is live. The event is bringing in a slew of new and returning items alongside three rotating limited-time modes that last until Jan. 4.

Like other events, players will be able to unlock a handful of cosmetics for free by completing challenges in-game. Most of the items are returning from previous versions of the Frosty Fest, but some, like the Xmas Light animated decal, are completely new. Players will also have access to Golden Gifts, which are free to open and can drop items from the Accelerator, Elevation, and Triumph Series.

In addition to the cosmetics, Frosty Fest is bringing a rotating extravaganza of three limited-time modes. The festivities will kick off with the new Winter Breakaway LTM, an overhaul of Snowy Day, Rocket League‘s own Hockey mode. Instead of taking place in the usual arenas, the new mode uses the classic Throwback Stadium map. It has a space between the goal and the wall behind it, similar to an actual hockey rink.

Winter Breakaway will give way to two returning limited-time modes, Spike Rush and Heatseeker, which will take place in snowy versions of their regular arenas. The two have been featured in on-and-off rotations during special events, including Haunted Hallows and the Modes of May.

This year’s Frosty Fest is bringing a few new items but borrows heavily from past iterations of the event. It provides newer players with a good opportunity to obtain items they may have missed, but at the same time, it doesn’t create much incentive for older players to return. In addition, two of the three limited-time modes have become a frequent part of Rocket League and don’t offer much novelty.