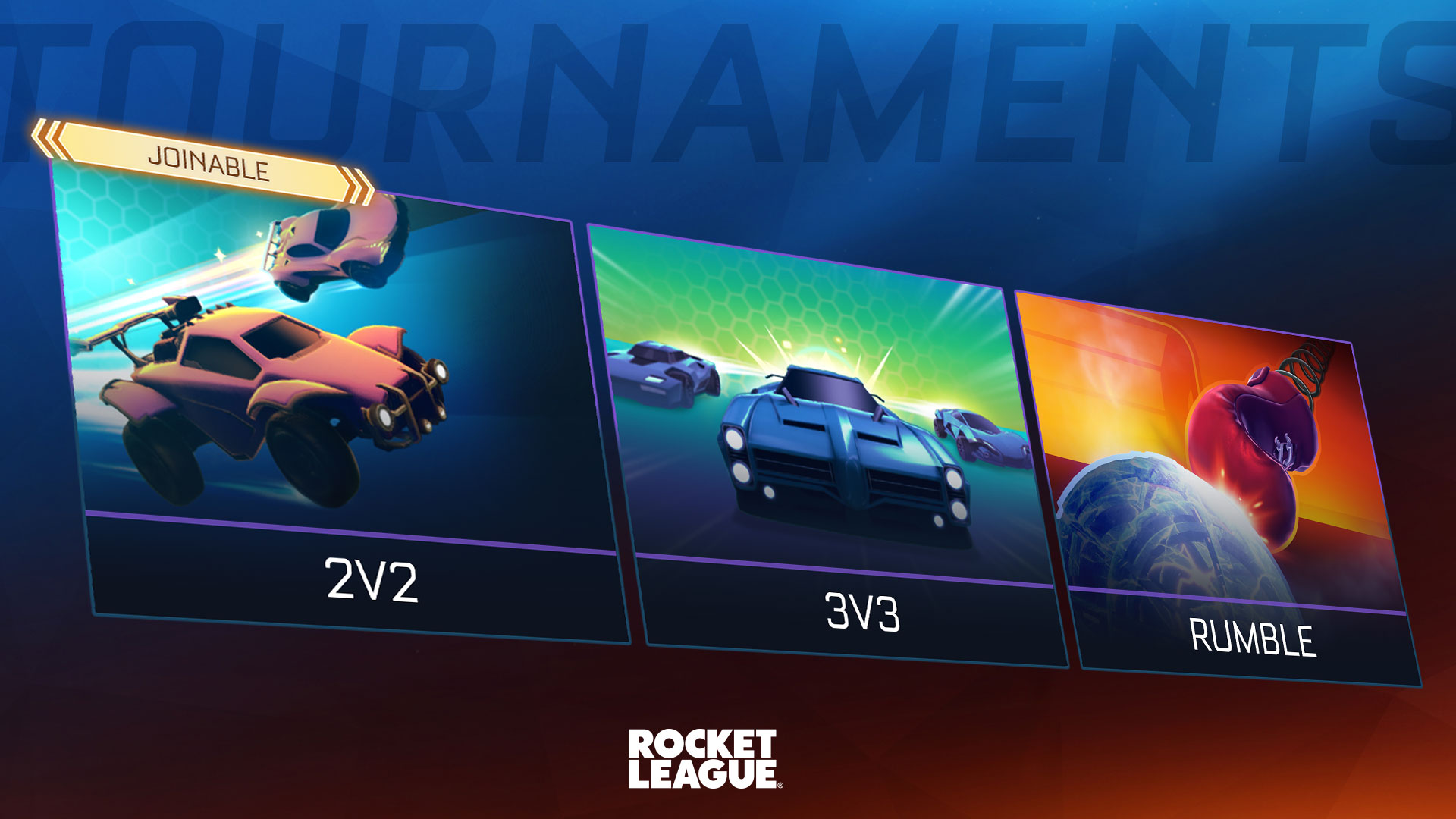 Rocket League is entering the final lap for season three, which ends on Aug. 11. And Psyonix is already dropping details for some content that will lead the way out of the gates for season four, which starts with an expansion for the Competitive Tournaments schedule.

In season four, players will be able to compete in the normal three-vs-three tournaments, along with new two-vs-two brackets. This will be yet another advancement for the mode, which was initially launched in April 2018 and was improved for the game’s free-to-play launch last September.

Two-vs-two tournaments were the most requested addition for the mode by the community and will function the same as the traditional three-vs-three mode. To compete, players simply need to enter one of the 32-team brackets alone or with a teammate.

Psyonix will also be adding between eight and 13 tournaments per region to the schedule each week to compensate for the new mode being introduced. Overall, this will see the weekly schedule increase from 78 to 143 weekly tournaments.

Expanding the schedule will allow the developers to continue adding different kinds of tournaments, including Extra Mode Tournaments. The Extra Mode events can change daily between things like Rumble, Hoops, Snow Day, and Dropshot, and teams that enter these side brackets will enter at their normal Tournament Rank without being affected by performance. But winners will still receive Tournament Credits and Tournament Winner Titles.

Season four will bring an updated look to the Tournaments History tab, which will now show you a log of your previous Competitive Tournaments, including when it was entered, how you placed, and the Rank of the Tournament. Tournament Rank will also be displayed on the Tournament home screen.

Players who enter certain tournaments with a teammate in their party will be subject to new undersized party rank restrictions, which are being put in place to keep solo queuing players in higher ranks from having to play with lower ranked players teaming with someone in a higher rank.

To close out season three, Psyonix is hosting a double XP weekend until Aug. 9, which will help players close out the season’s Rocket Pass strong. Additional details about season four content, including a new car, the Rocket Pass, Arena, and more, will be shared next week.