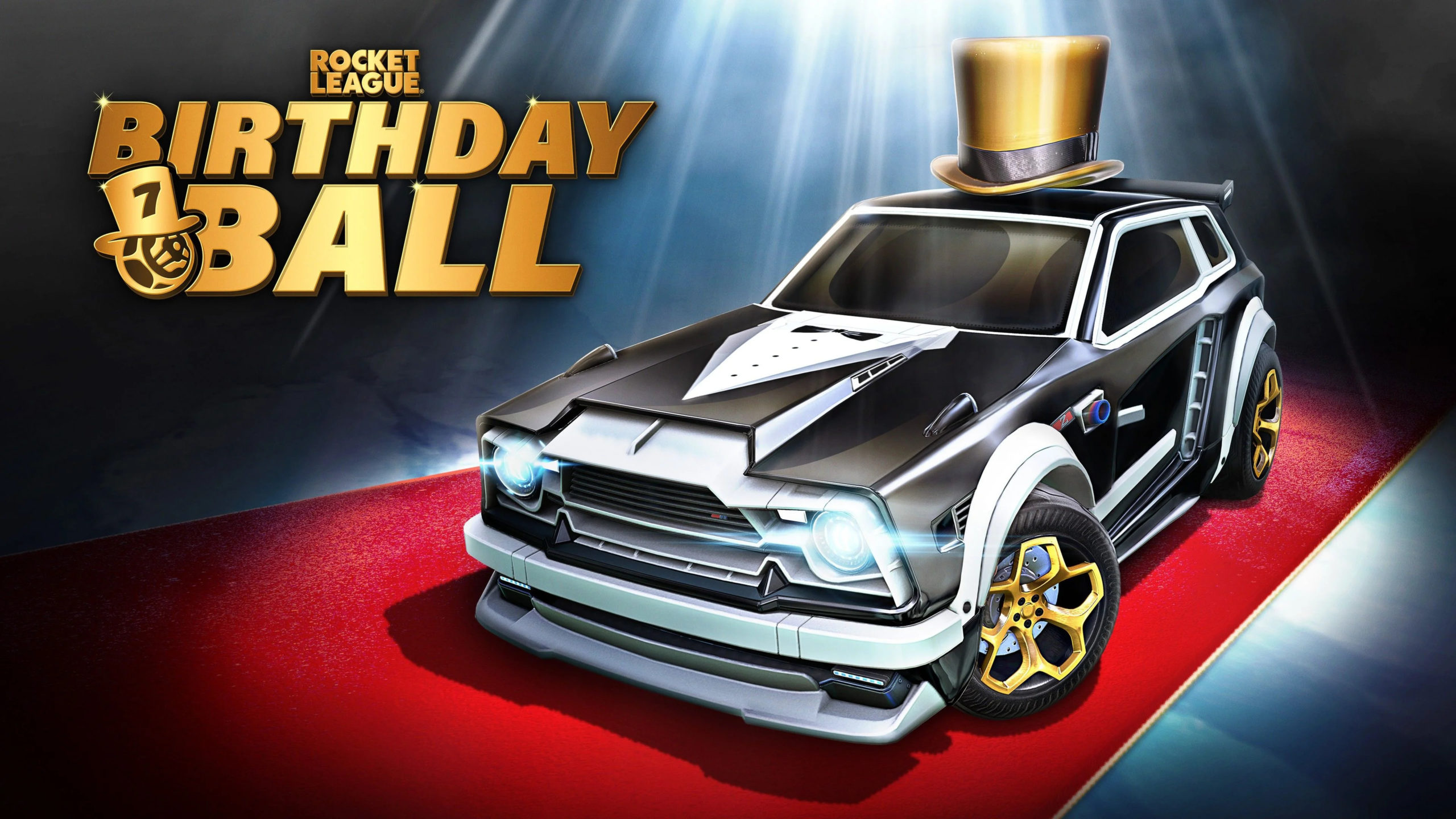 Rocket League players will soon be able to celebrate the game’s seventh anniversary with two weeks of limited-time modes and special challenges and rewards, including exclusive cosmetic items and XP bonuses.

Rocket League is a fun and exciting game that allows players to play soccer with customizable cars and vehicles. Fans can enjoy the title casually with their friends or dive into the ranked mode to establish themselves as the best of the best. The latest Birthday Ball celebration will allow all fans to earn exciting rewards while enjoying special limited-time modes.

The Birthday Ball limited-time event will include two weeks of exciting modes and challenges to celebrate Rocket League’s seventh birthday. The first week will feature the Heatseeker two-vs-two LTM, which gives the ball “special homing abilities, so it will always gravitate towards your opponent’s goal.” Week two will feature the Knockout LTM, allowing players to use the Attack, Block, and Grab mechanics. This mode will be available on the Quadron, Carbon, and Calavera Arenas.

The two-week celebration will also feature Birthday Ball challenges that reward players with 300 credits if they finish them all. Players can even unlock the Golden Goat Player Banner and Precious Metal Avatar Border, and other challenges reward other precious items like an Import Item Drop or 20,000 XP.

The Birthday Ball event will take place from July 6 to 19.