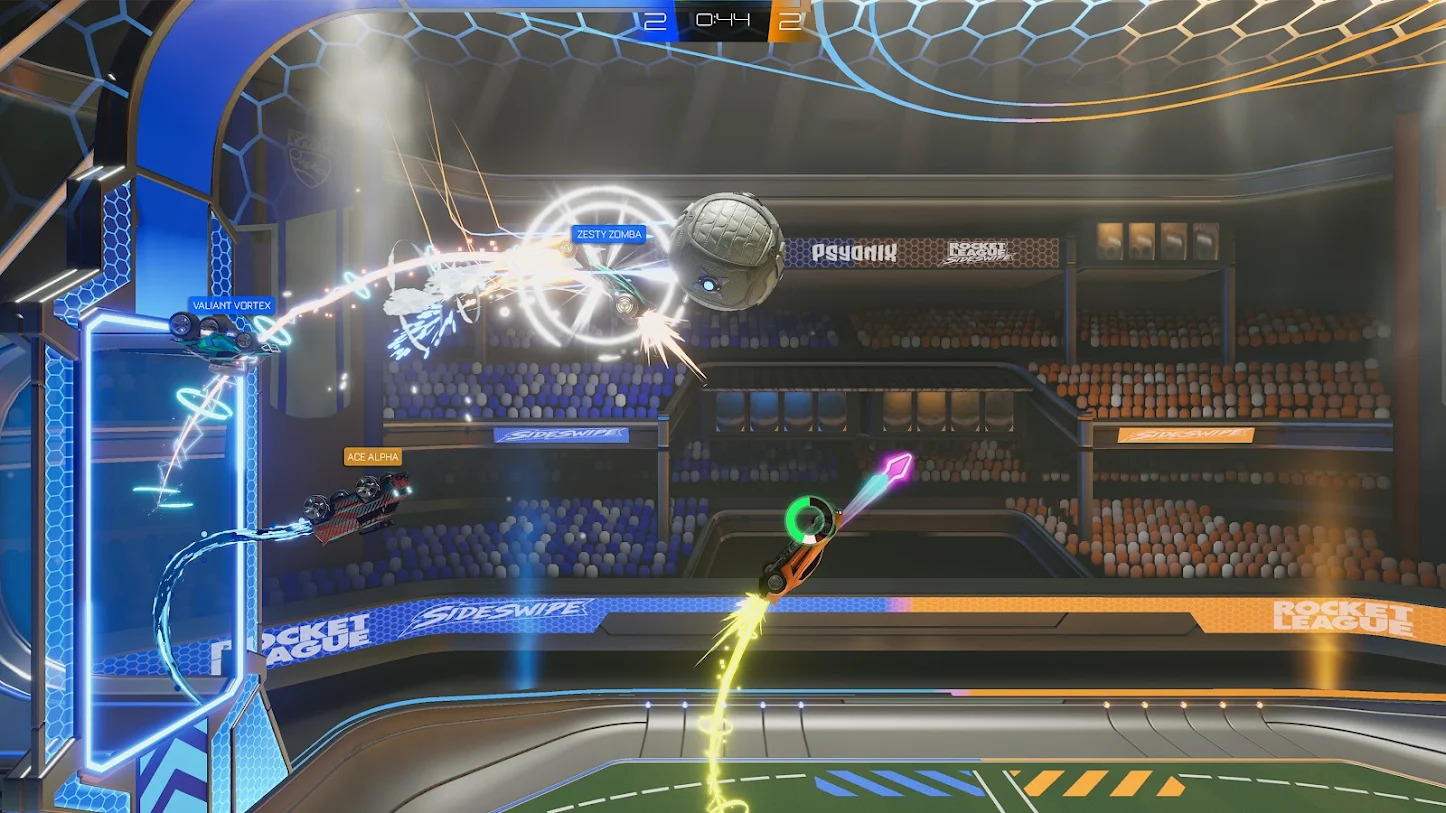 This Rocket League player mistook his teammate for the opponents after he stopped his own teammate’s goal before helping the other team score a goal.

The climb up the Rocket League ranked system can be a grind given all the different variables that can arise. And in this video, it was a player’s teammate that had undone all the work put in to keep the score even–until it wasn’t.

The video was first posted to Reddit by user u/chaseizwright, whose tag indicates he is a Diamond II player. It all starts with the purple car, presumably u/chaseizwright, making an acrobatic leap to save the first ball from going into their goal.

With both opponents in front of them, they push the ball up in the air. Just as the purple car is about to score the game’s first goal, however, their teammate “FB_SCHWIFTY” swoops in out of nowhere to stop the ball from going in the yellow team’s net.

FB_SCHWIFTY then flew off-screen and was conspicuously absent as the yellow team scored instead. It was an amazing save, just unfortunately for the wrong side. One can imagine the frustrations that ran through u/chaseizwright’s mind after the clear goal was pushed to the side.

The post currently has 3.1k upvotes on Reddit and has multiple Redditors in support of the attempt to save the play, only to have it undone by a teammate’s mistake.

Nonetheless, it was an entertaining save. So in this scenario, given the success the post has gotten on Reddit, one game loss may have been worth it, in the end.