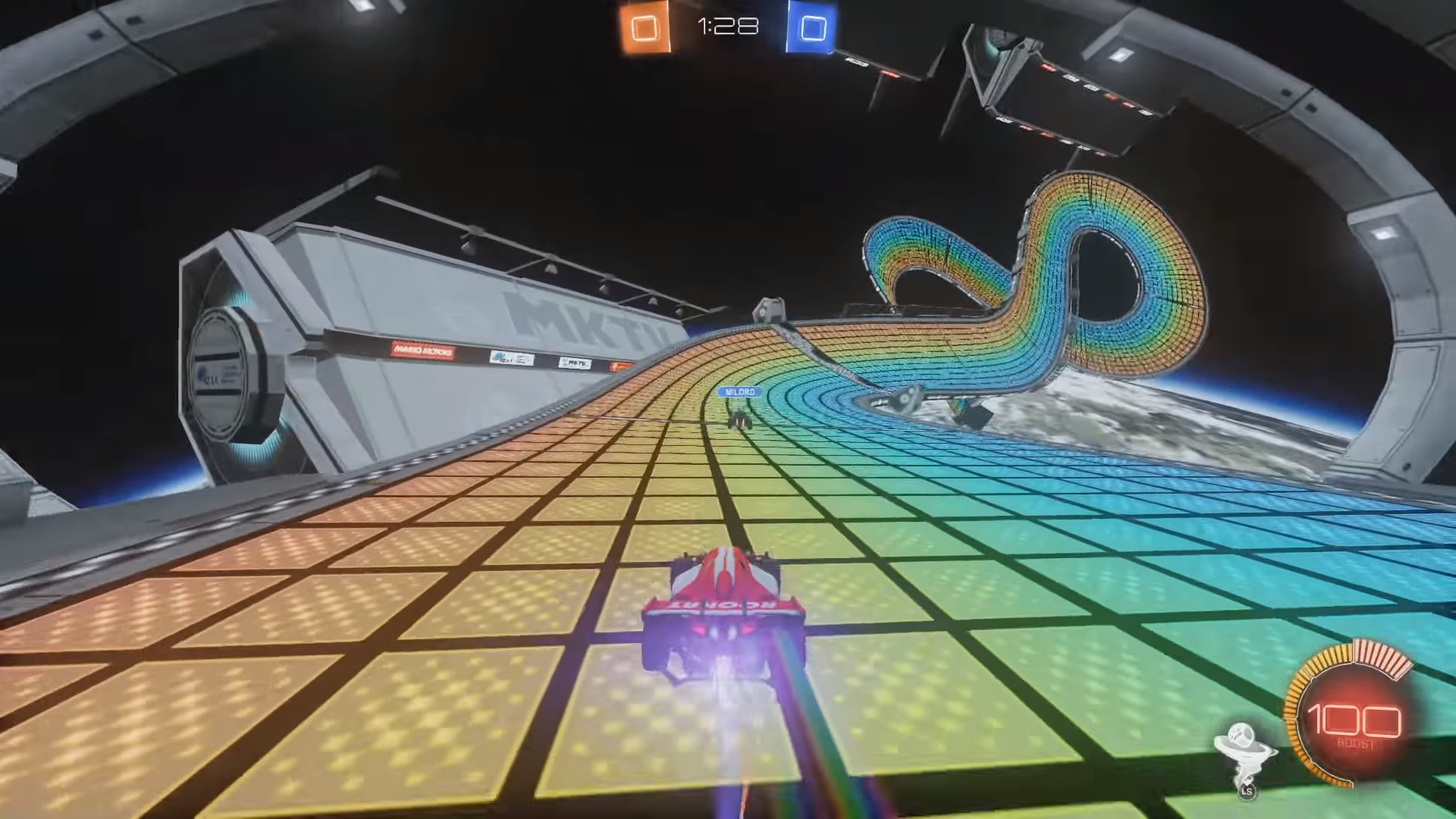 Rocket League is moving away from the soccer field and heading into the Mario Kart universe in this hilarious mod made by YouTuber Thankrek.

Players can use the items currently in Rocket League to boot their foes into orbit, all while having unlimited boost to blaze around the track and fly through the air.

This mod likely won’t go unnoticed by Nintendo, however, who recently ordered a DMCA takedown on a popular Mario 64 Online mod back in September. The mod uses direct assets from the Mario Kart games and is currently asking people to donate to the project to keep it going—something that Nintendo won’t like in the slightest.

Still, it’s a pretty cool modification that will, hopefully, see the light of day sometime in the future.