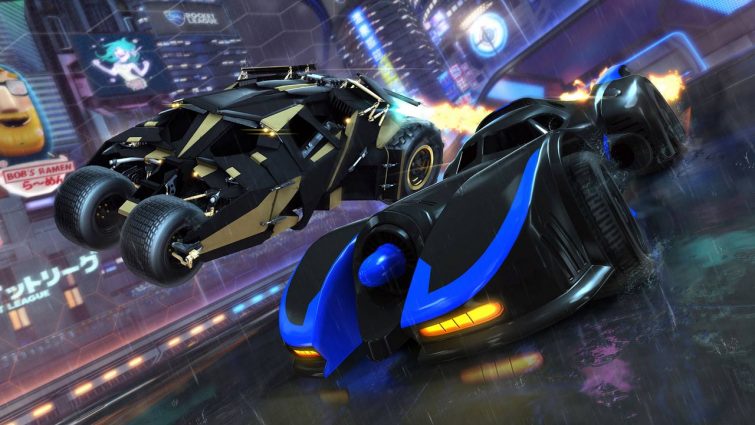 The Justice League is joining forces with Rocket League, as Psyonix has announced new DLC coming to the rocket car soccer title.

The latest partnership for the developer is coming from DC Comics with the DC Super Heroes DLC Pack, and the Justice League members are getting their own car decals and player banners.

The Caped Crusader, Batman, is also getting two car models to pay tribute to two different eras of the Batmobile–the classic 1989 movie version, and the Tumbler from the Dark Knight trilogy.

Other decals include Superman, Wonder Woman, Aquaman, Cyborg, The Flash, Green Arrow, and Green Lantern. Each decal works on specific cars in the game. Each hero gets their own player banner, too.

The DLC pack arrives on March 5 for $3.99. It seems like no matter what DC hero is your favorite, you can rock their look on the field of Rocket League in a couple weeks.