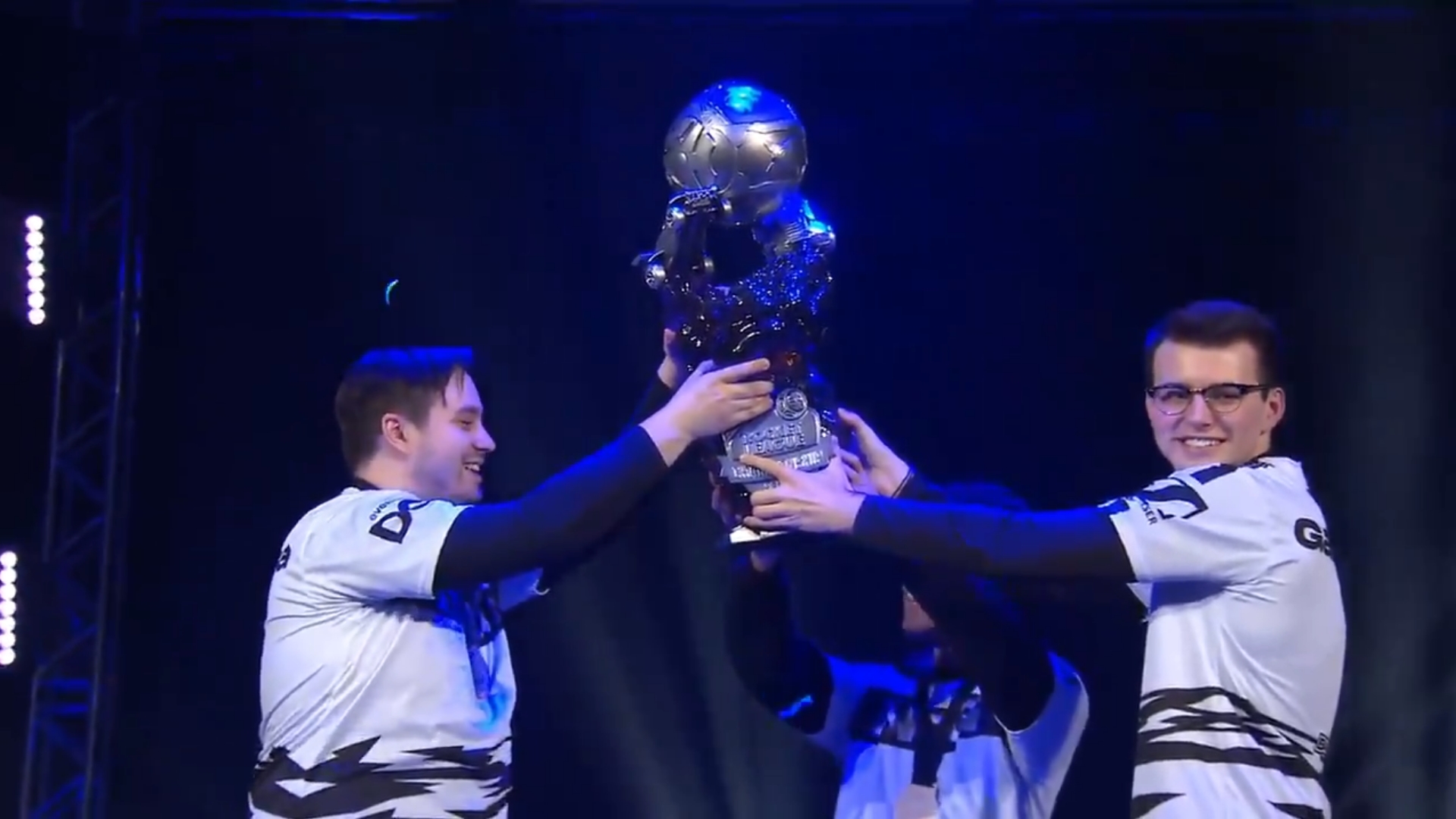 NRG have been one of the strongest squads in competitive Rocket League all year, and after two very close series against Renault Vitality, they finished out 2019 today as the Rocket League Championship Series season 8 champions.

The team went through a rough spot during the summer after losing both a player and coach. But bringing in an established winner like Pierre “Turbopolsa” Silfver and long-time player Emiliano “Sizz” Benny to fill those spots really worked.

Through the group stage, it was obvious that NRG and RV were the best teams in Group A, with RV dropping only a single game to eUnited before the two met in the grand finals. Both sides would qualify, but NRG set the pace and ended up making the most of a close game five to pull out the 3-2 win.

In the playoffs, Spacestation Gaming didn’t stand a chance as NRG won the first three rounds and closed out the series with a dominant 4-1 victory to lock in a top-two finish. Tshaka “Arsenal” Taylor Jr. couldn’t push his team any further and they were eliminated in a tie for third.

RV had a much more difficult path to get that coveted rematch as Pittsburgh Knights took them to the brink of elimination in the opening game of the playoffs. The series went to six games after PK pushed for a late win, but RV ended up with the 4-2 win.

And from one tough round to another, Dignitas weren’t just going to roll over for RV to waltz into the grand finals.

Jos “ViolentPanda” van Meurs was ready to finally claim a RLCS Championship. He led his team through an incredible series against one of the best teams in the world. They traded blows with RV through the first two games before Victor “Fairy Peak” Locquet’s squad took a 3-1 lead.

Dignitas brought it back and pushed things to a game seven situation, but a 1-0 score on Champion’s Field sent them packing right before they reached their goal.

In the rematch from groups, NRG took game one but RV immediately fired back with two strong defensive games, including a close 4-3 win in game three. Garrett “GarrettG” Gordon opened things up for NRG to bring it back before RV sent it to another game seven.

And in the biggest game of the year, it wasn’t Garret or Turbo that stepped up, it was Justin “jstn” Morales who came through in Overtime to seal the deal with an off-the-wall shot that he was able to tap past the defenders. That play clinched the game 2-1 and the victory for NRG as they lifted the RLCS Season Eight trophy.

This is both GarrettG and jstn’s first RLCS title, while this win marks the fourth time Turbopolsa has held the trophy. Turbo was also named the event’s World Championship MVP, taking home an extra $5,000 in addition to the team’s $200,000.

NRG are the third team he has helped elevate to the Championship, with the last two being Northern Gaming and Gale Force eSports.