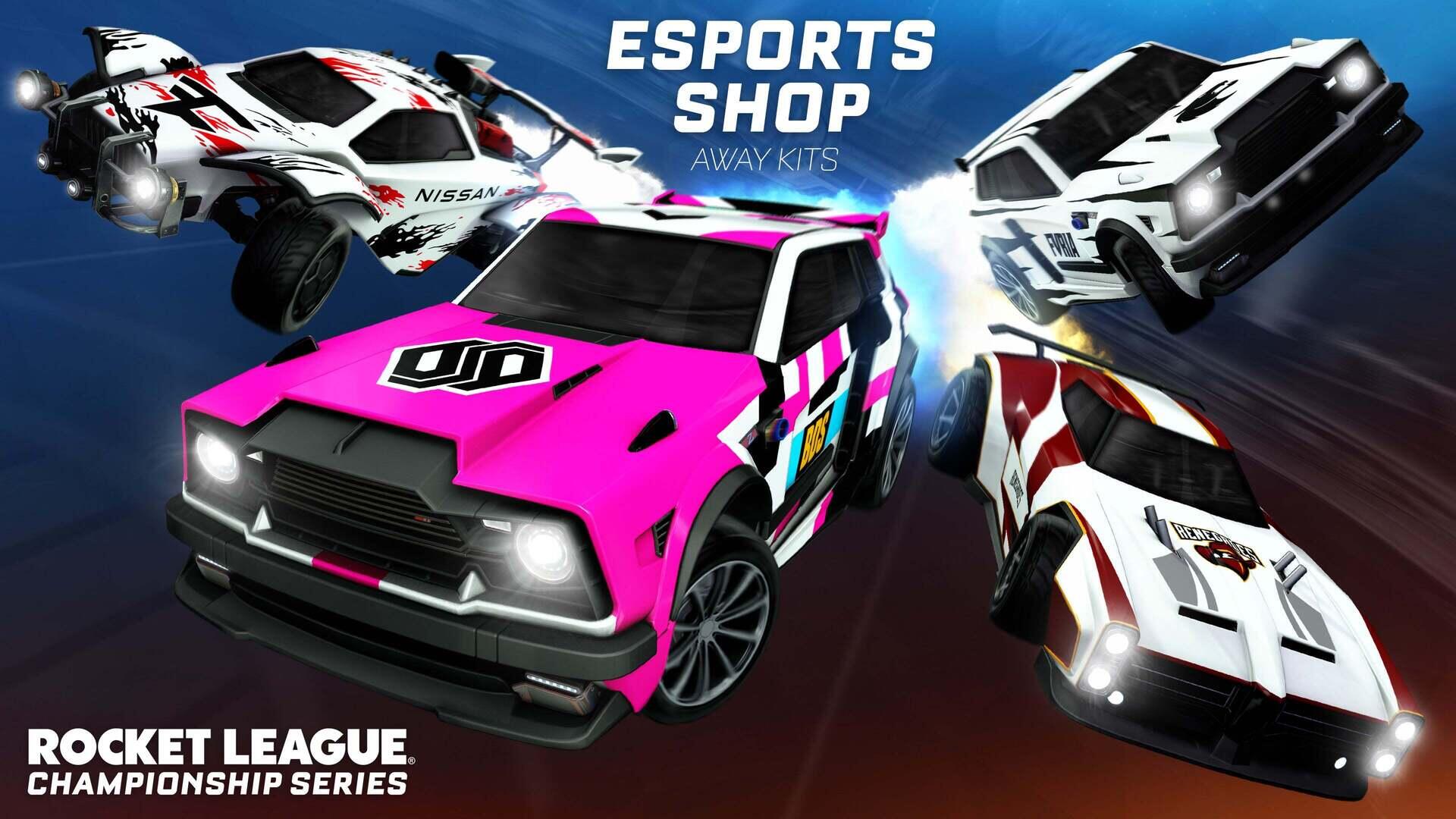 Rocket League fans will soon have a new way to support their favorite competitive team when secondary “away kit” esports decals arrive in the game’s in-game store on Jan. 25, beginning at 6pm CT.

Esports decals in Rocket League have been an instrumental part of the game’s esports ecosystem for a while now. Fresh primary decals for the 2021-2022 Rocket League Championship Series were announced and released in October, featuring 34 different decals for a plethora of international teams including Team Liquid, G2 Esports, Team Vitality, and FaZe Clan. All of these were designed by the teams themselves.

Now, alternative “away kit” decals are being added to the mix. A majority of the new secondary decals feature the color white as the main color with the organization’s most noteworthy color serving as the decal’s accent color (Liquid’s dark blue, FaZe Clan’s red, and Version1’s purple, for example). There are some exceptions, though, such as Team BDS’ mostly neon pink away kit and the cheesy orange-yellow design of Team Queso.

In addition to new away kits for the existing teams, two newly added teams in Complexity and Misfits Gaming are each getting “home and away kits” with the update. Either kit for any team can be applied to the Octane, Dominus, or Fennec vehicles.

The Winter Split series for each domestic RLCS league will get underway beginning on Jan. 28 with North America, Oceania, APAC South, and MENA. Europe, South America, APAC North, and Sub-Saharan Africa action will kick off a week later.