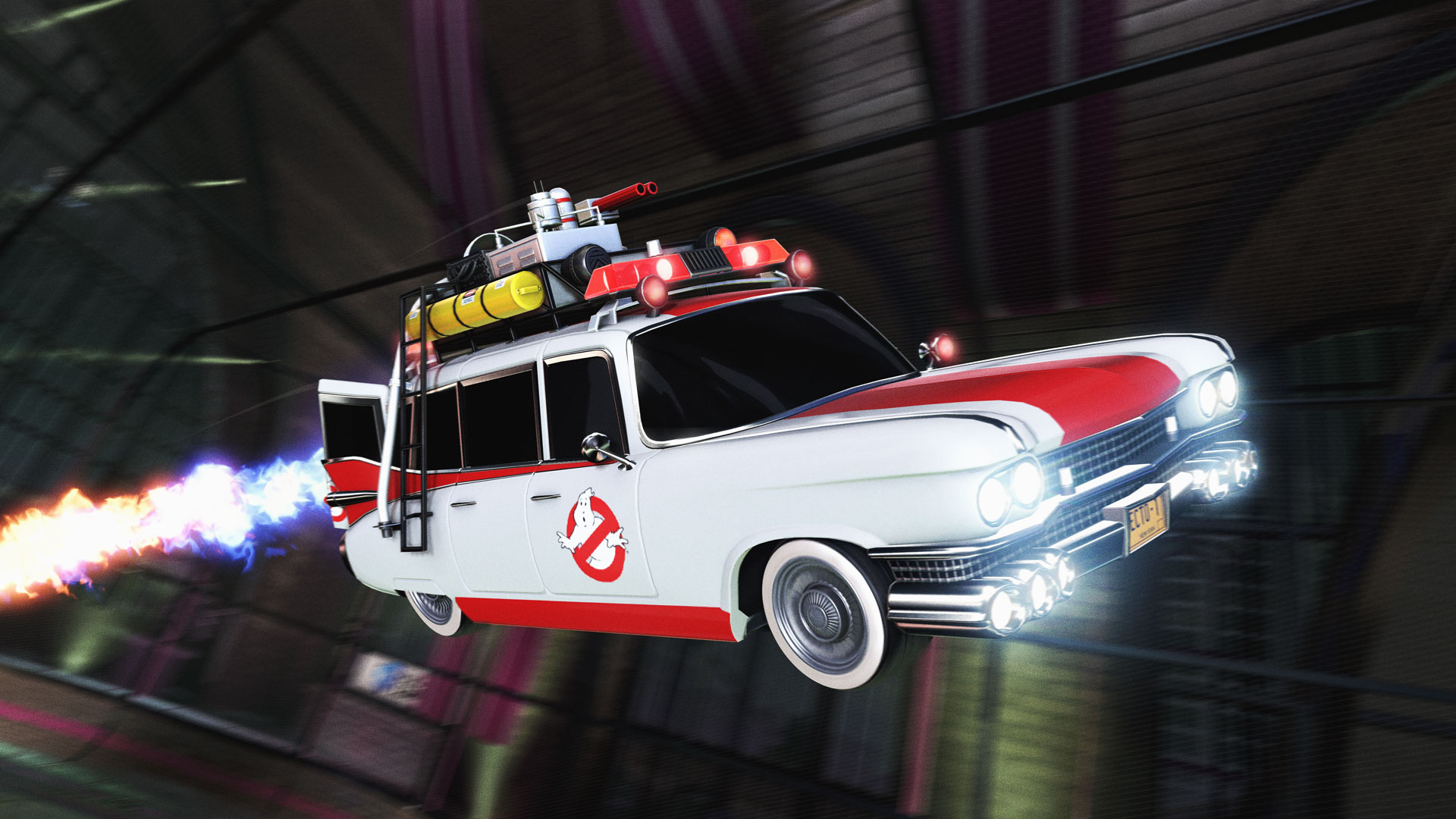 Rocket League‘s Halloween event is teeming with ghosts, but help is on the way. Players can get their hands on the Ghostbusters’ Ecto-1 Battle-Car by purchasing it on the Item Shop—but only for two days.

The vehicle rotates out of the store at approximately 3pm CT on Oct. 23, when it’ll give way to the Stay Puft goal explosion, also inspired by the Ghostbusters franchise.

The Ghostbusters’ signature vehicle is on the store for 500 Credits ($4.99) and comes in two variants: red and blue. It uses a Dominus hitbox, according to Rocket League‘s support page, and players who use a Dominus (or similar) should find adopting the Ecto-1 a fairly simple process.

The car was part of the Ghostbusters Ecto-1 Car Pack, which sold separately on several store fronts. The bundle came with the Ecto-1, the Slimer topper, and the Stay Puft goal explosion, which rotates into the Item Shop on Oct. 23.

The Ecto-1 is the first licensed DLC item to return to the Item Shop after Rocket League went free to play. A series of special cosmetics could make their return to the arenas in the future, including the Batmobile, Knight Rider’s K.I.T.T., and a few Hot Wheels vehicles.

When those items return, however, they will only be available in the Item Shop: Psyonix has been progressively removing licensed DLC from other platforms, such as Steam, after Epic Games acquired the studio.

Players who are looking for more Ghostbusters-themed items to go with their newly-acquired Ecto-1 need to complete a handful of challenges during Rocket League‘s Halloween-themed Haunted Hallows event. A wide range of cosmetics from the beloved franchise is available for free, from Ghostbusters wheels to a special boost.