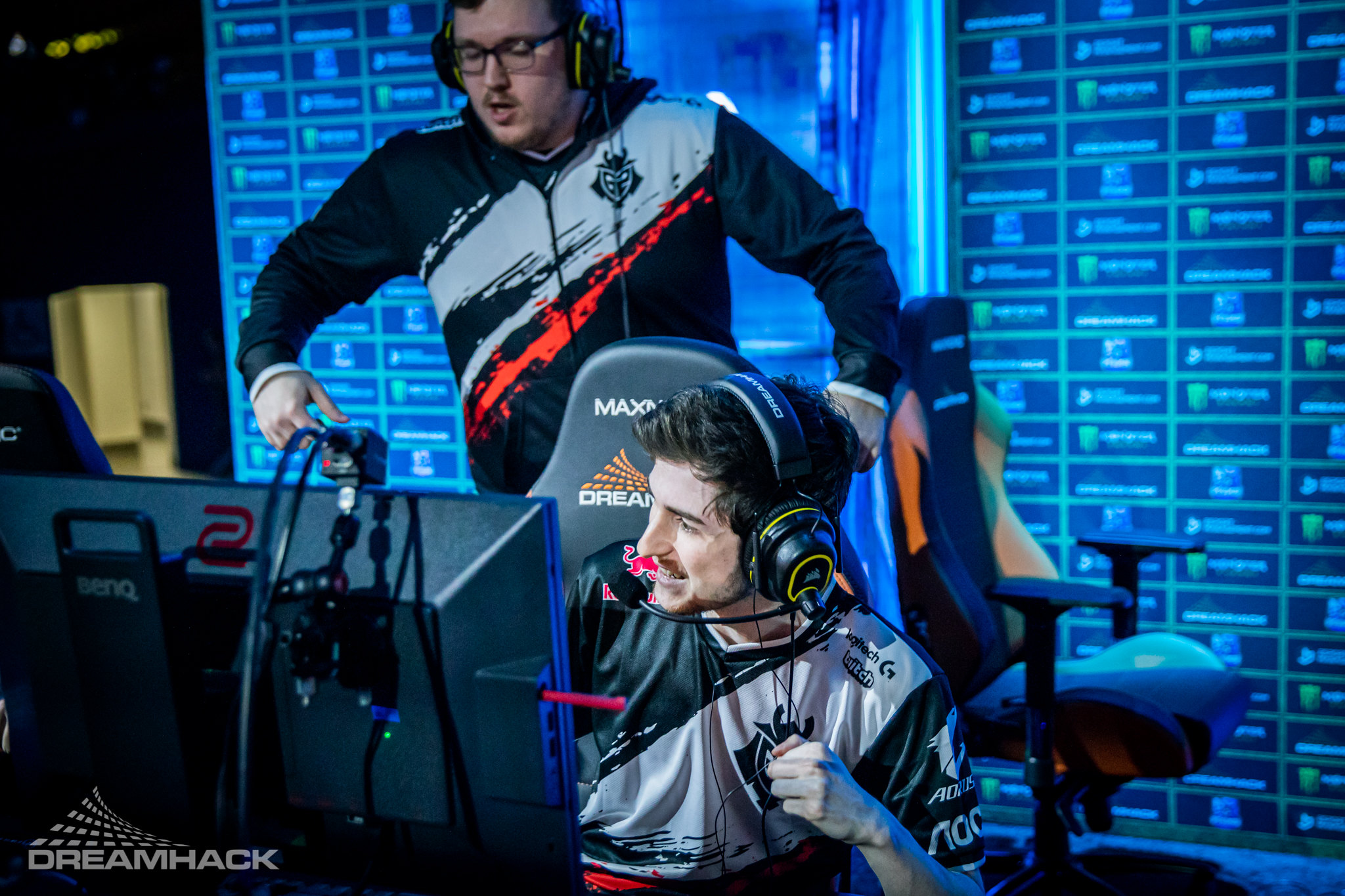 The two best NA teams clashed twice in the main bracket of the tournament, with G2 dropping only two games to the RLCS season eight champions in the winner’s finals.

G2 faced very little competition on their way to another championship performance, having only a few close games and dropping a total of three games throughout the entire tournament. They started their run with a sweep against Rogue, a 3-1 win over Team Envy, and two big series against NRG to seal the deal.

NRG held a 2-0 lead over G2 the first time the two teams met in bracket, but G2 reverse swept them 4-2 to guarantee a spot in the finals. NRG dropped down and beat a hot Rogue roster in the loser’s finals to set up a rematch with their recent Achilles heel.

Because G2 made it into the finals through winner’s side, they automatically went up 1-0 and never let NRG get a foothold. Game two was a clean 3-1 victory for Dillon “Rizzo” Rizzo and his team, but their opponents battled back in game three.

In the first overtime battle between the two sides, each team failed to gain an edge as the ball was batted across the arena. But a botched hit from NRG’s side let Jacob “JKnaps” Knapman slide through and score, giving his team the 3-0 lead.

Heading into the final game, NRG were focused on keeping up a strong defense, but G2 are known as one of the most high-powered offensive teams in the world. It was only a matter of time before NRG gave them an opening and JKnaps popped in for an easy goal.

NRG couldn’t find their own goal in time and Reed “Chicago” Wilen grounded the ball in the final seconds to end the game and complete the 4-0 sweep.

G2 walk away from the Spring Series with $23,000 and a second straight NA championship heading into the remainder of the season.