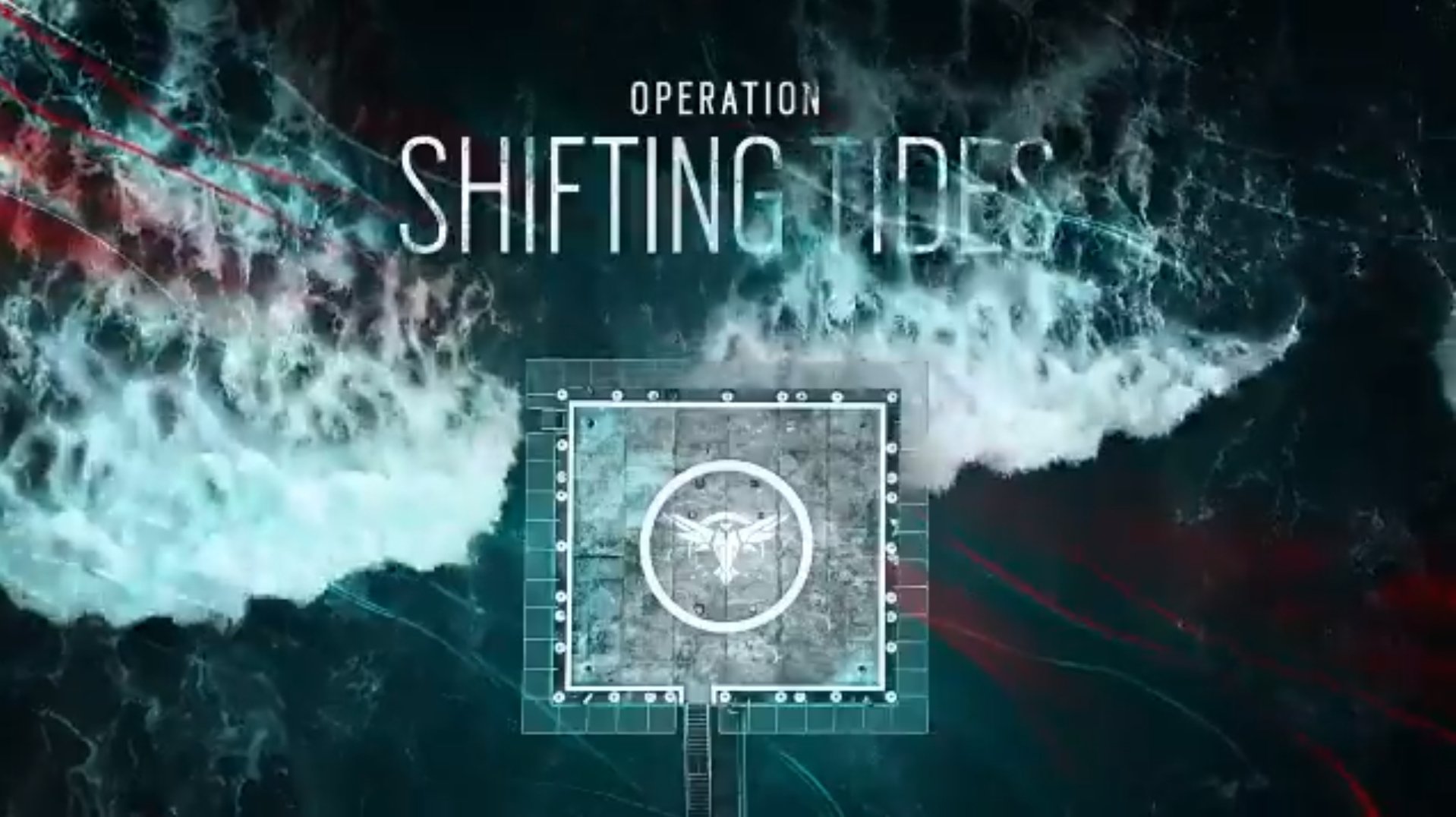 The second teaser for Rainbow Six Siege’s upcoming Operation Shifting Tides may have revealed the names of the two new operators.

Ubisoft shared a gadget teaser similar to the one fans got with Operation Ember Rise. The teaser focuses on Mira’s testing of the new operator’s gadgets, which also confirms last week’s initial leaks regarding this season. Both operator names appear to have been revealed alongside their respective gadgets.

The attacker’s name will be Kali, according to the text shown at several points in the teaser. Kali matches up with the leaked operator who’s said to have access to a bolt-action rifle. This information was met with much skepticism considering the game’s last sniper operator has been downgraded to a bench position for the most part. But this teaser showcases that Kali’s gadget is an odd hybrid of Buck, Hibana, and Ash. In the teaser, fans can see the CSRX 300 rifle blast through two soft walls followed by the under-mounted launcher firing a projectile that drills into an electrified reinforced wall before detonating.

The defender is the long-rumored competition for Jӓger’s Magpie Trophy System and will be named Wamai, according to the teaser. Wamai’s gadget is a “Magnet System” that captures incoming throwables. In the teaser, fans can see that the system appears to capture and hold the grenade in mid-air before pulling it out of action for good. Having another operator that can deal with grenades seems a bit overpowered, but it may be seen as another reason to bring along an IQ or a Thatcher since those are the two operators best suited to deal with any kind of interfering defender gadget.

Fans will get a better look at Kali and Wamai, if those are indeed the operators’ names, on Nov. 10 during the season 10 Pro League Finals. A full reveal is scheduled for the closing day of the finals and is sure to provide an abundance of information for fans to sink their teeth into. The Pro League Finals can be watched from Nov. 9 to 10 here.