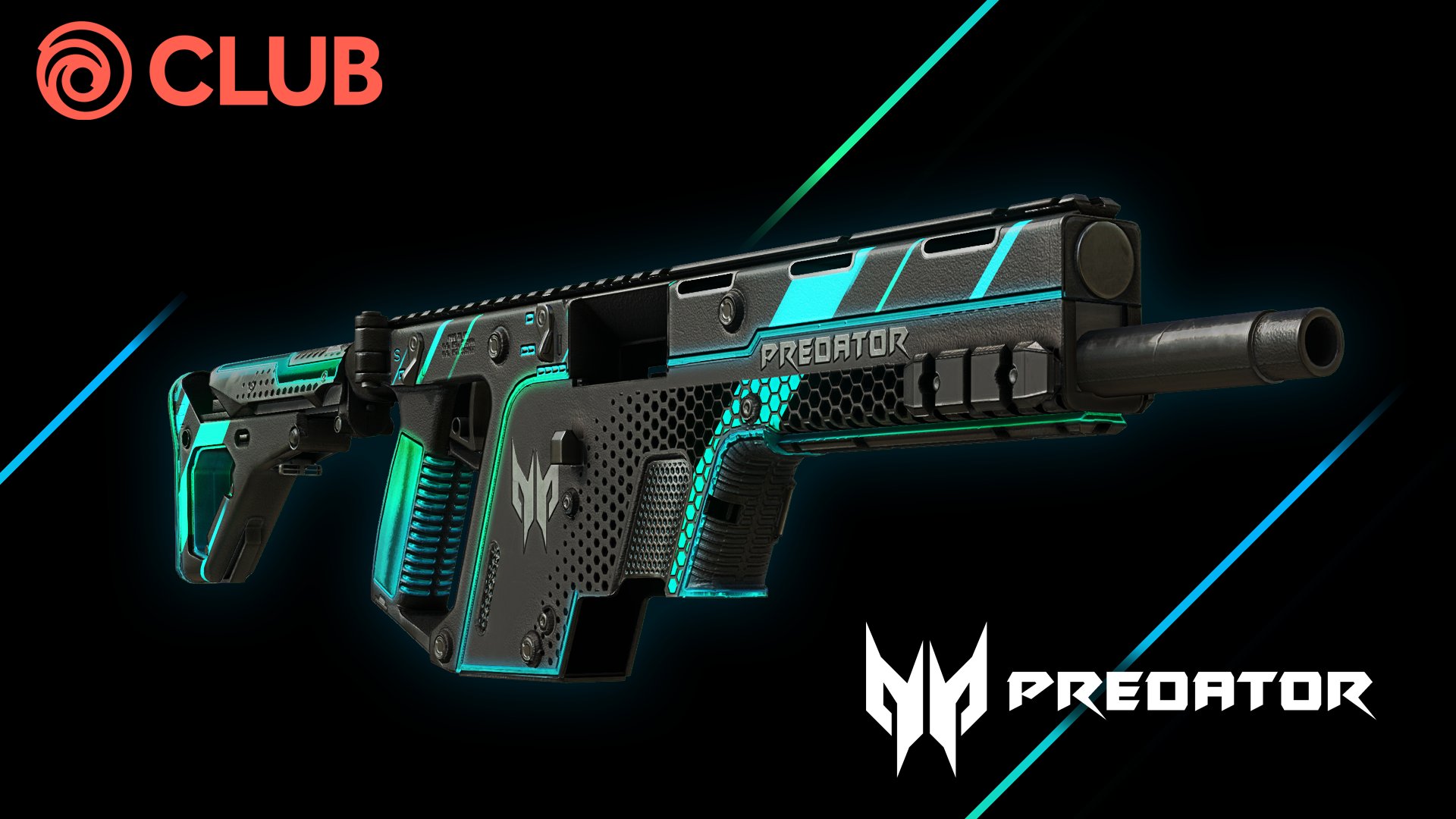 Item collectors in Rainbow Six Siege have a new goal. Ubisoft partnered up with Acer Predator to design an exclusive skin—and obtaining it is fairly easy.

Acer Predator has been Siege’s official PC and monitor partner for the title’s Pro League and Majors since last year. To celebrate the partnership, the two companies co-designed a beautiful skin for the game.

The Predator Pulsar has a predominantly dark color with accents in neon green and light blue. To get the visual, players must play 10 rounds in a squad of 5 players — which means a full, pre-made team. The skin is available as part of Ubisoft Club goals and will stay in the game for six more days.

Sadly, the cosmetic isn’t universal: it’s exclusive to Lion’s V308. The operator is an uncommon pick in higher levels and is only present in approximately five percent of ranked matches in Platinum and above, according to the Y4S3 midseason Designer’s Notes. He also has a zero-percent win delta, which means that he’s not necessarily a detriment or a bonus to his team, and doesn’t really tilt the balance of the match in any direction.

Some aspects of the skin drew criticism from players. Users complained that the skin wasn’t universal and that obtaining it requires a full squad of friends that play Rainbow Six.

Players who want to try Lion out may wait until Operation Void Edge reaches the live servers. Lion’s price will be decreased to 15,000 Renown, saving players a precious 5,000 of the in-game currency. The operation is expected in March but has already made its way to the Test Server.