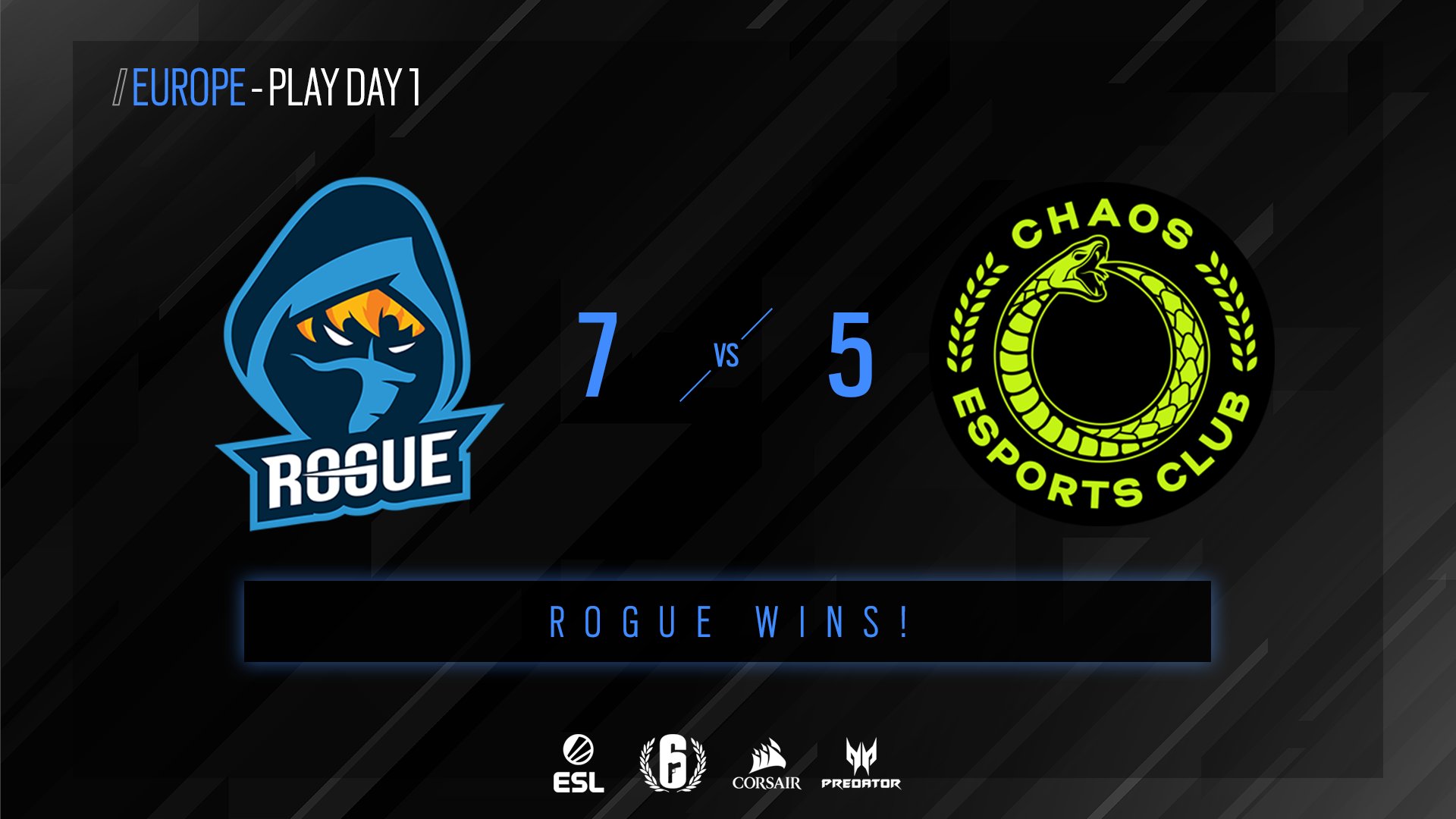 Fans of the Rainbow Six Pro League are undoubtedly familiar with Rogue, but the organization has shifted away from North America into the European division.

Rogue picked up one of the better rosters in the region. The former Giants Gaming lineup found themselves in the season 10 Tokoname, Japan Finals after earning a strong 9-2-3 record. While Giants took an early loss to Aerowolf, the squad still showed much promise in season 11. The new Rogue roster’s 7-5 matchday one victory over Chaos Esports Club today gives the org a solid start in the European division, but there were clearly some speed bumps along the road.

Considering Chaos’ sixth-place finish in season 10, Rogue winning out over Chaos isn’t a very impressive feat. It isn’t that Chaos are a “bad” team at all, but they do have a considerable amount of difficulty keeping their heads above water and often serve as a wildcard in any matchup. In any case, the org find themselves with a win rather than a draw, which is more than can be said of the former Rogue roster at the onset of last season.

Rogue’s former North American roster had great difficulty walking away with anything other than draws in season 10 of the Pro League, which seems to explain the shift away from the org’s longtime home to a new division. Coming off of a 2-6-6 season 10, Rogue already finds itself primed to have a better season in Europe than it had in North America despite some roster moves before season 11.

There was quite a bit of outrage when Giants, now Rogue, dropped Léo “Alphama” Robine. Heading into season 11 with a new organization and a win should temper those emotions, though. Tensions also seem to have mellowed in regard to Alphama’s departure since the pro has found a new home in North America with eUnited, formerly Obey Alliance.

Rogue’s shift away from North America looks to be a fruitful one for the organization. To keep tabs on Rogue’s progress in the European division, fans can check back on Wednesday, Jan. 8 for matchday two. Fans can catch the official broadcast here.