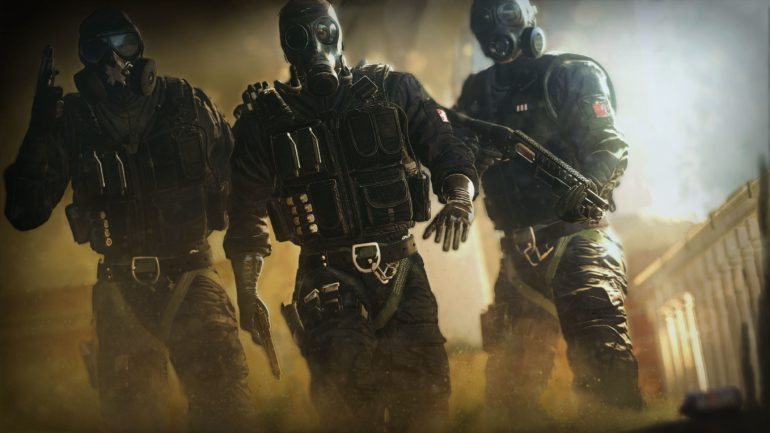 It’s only been a day since Operation Phantom Sight launched and fans already have a new round of operator leaks to sink their teeth into. The Y4S3 operator abilities are rumored to be a deployable shield with some kind of flame cannister and a hatch-ascending attacker.

The leaks come from the same source as most of the trusted leaks in recent history. With a strong track record for getting information correct, it’s safe to assume that at least part of the new information will be accurate. Fans had already heard rumors of an attacker that would be able to ascend hatches, but the defender is a completely new leak.

The defender might have access to a deployable shield that uses a canister of some kind of incendiary device that activates upon being broken. Mechanically, this sounds similar to how Mira’s canisters are broken on her one-way Black Mirrors.

Since fire tends to have a mind of its own, it’s unclear how Ubisoft could implement a controlled fire-trap operator in a believable way. Then again, we’ve been far from “realism” for some time now.

Additionally, the leak claims that there are issues with the engine limitations. The engine troubles are being downplayed and are “more crippling than it has been talked about in public,” according to the leaker when quoting their source. While this is a vague statement, it might be reflective of why fans are seeing so many issues pop up in Siege this season. From dropshotting to claymore and operator exploits, this season is already a bit problematic.

The leak ends on a positive note and seems to indicate that a recent chain of cosmetic leaks may have been spot on regarding what the mid-season event would be for Y4S3. The chain of leaks featured a good amount of operators like Maestro, Cav, and Rook in what appeared to be western-themed outfits with a ton of detail and work put into the outfits.

Operation Phantom Sight has only been public for a day and there are already a lot of issues for fans to juggle. Between keeping up with in-game utility removal and fail-safes to the return of dropshotting, fans are having to deal with a lot in general.

These leaks may not be exciting for some of the more frustrated players who prefer the game work as intended, instead of getting more wacky mid-season content. New operator leaks are great, but having a working game might be more exciting from some fans at this point.