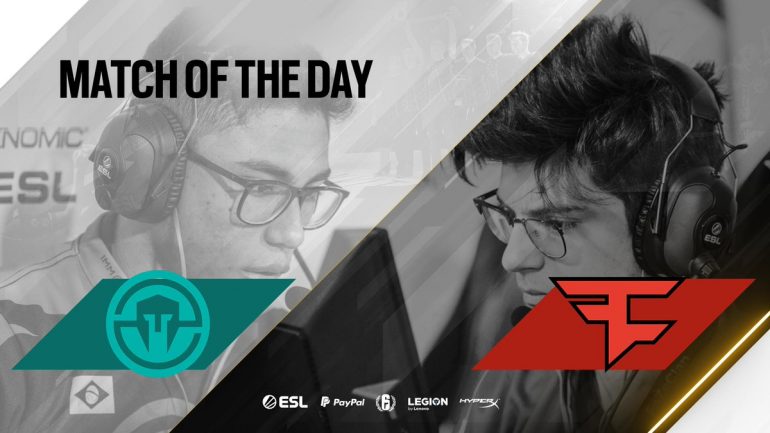 The battle at the top of the R6 Pro League’s Latin American division has finally come to an end with the conclusion of matchday 14. FaZe Clan, Ninjas in Pyjamas, and Immortals all had the same goal: lock each other out of Milan.

Liquid was the only obstacle left between NiP and Season Nine finals in Milan. The last time these teams met, Liquid came out on top 7-3. And unfortunately for NiP, this matchup would mimic the past one.

Thiago “SexyCake” Reis immediately proved to be a problem for NiP with a 4K in the first round. The momentum only built from there to give Liquid a 3-0 lead. Liquid kept putting the pressure on NiP from there on, eventually crushing NiP’s hopes at Milan.

Although Liquid is out of the Milan race, the team played as if they were still in the running. Even NiP’s top fragger, Gustavo “Psycho” Eugenio Rigal dos Santos was surprisingly quiet against Liquid. NiP failed to answer Liquid—meaning the stakes pretty much disappear for FaZe and Immortals later in the day. Instead of a two-sided match, fans got what was essentially a seven-round beating from Liquid.

Liquid took the match at 7-3, effectively punishing NiP’s lack of cohesion and drastically lowering the stakes for what was set to be an important match of the LATAM division between FaZe and Immortals.

And while impressive, such a one-sided win raises the question of where has Liquid been the second half of the season. And how could NiP not stand up to a team that just a few weeks ago tied with PaiN Gaming—the team set to be auto-relegated? The battle at the top is now non-existent, with both FaZe Clan and Immortals resting easy knowing their spots in Milan are now locked into place.

With NiP getting put down by Liquid, FaZe and Immortals had nothing to lose in their matchup. The only real storyline here was Immortals attempting to hold on to their undefeated season nine record.

Even though FaZe and Immortals had guaranteed tickets to Milan, they appeared to be defending their records intensely—especially Immortals. FaZe was playing a completely different game than Immortals, and FaZe struggled to keep pace until round three.

Early rounds formed the illusion that Immortals might see an easy win over FaZe, like it was when they met several weeks ago. That loss, however, was a different game from this one and FaZe has come a long way to become the second-ranked team in the division.

Immortals seemed to not want to hold onto their undefeated title. The team took consistently risky gunfights after the half, and it was especially puzzling to see Immortals give away a perfect round to FaZe. The only explanation for Immortals round eight loss would be someone making a call to be more aggressive to shake things up, but it would also be logical to pull back after half.

The aggressive defense failed to pan out for Immortals for about three rounds, which let FaZe force match point. Gabriel “CameraM4n”  Hespanhol Pinheiro Marcal would be the one to dethrone Immortals after all, winning the game 7-5 for FaZe.

FaZe’s win gets the team the first seed in Milan, as well as the bragging rights of handing Immortals their first loss. Two teams entered with pride, but only one left with that pride intact.