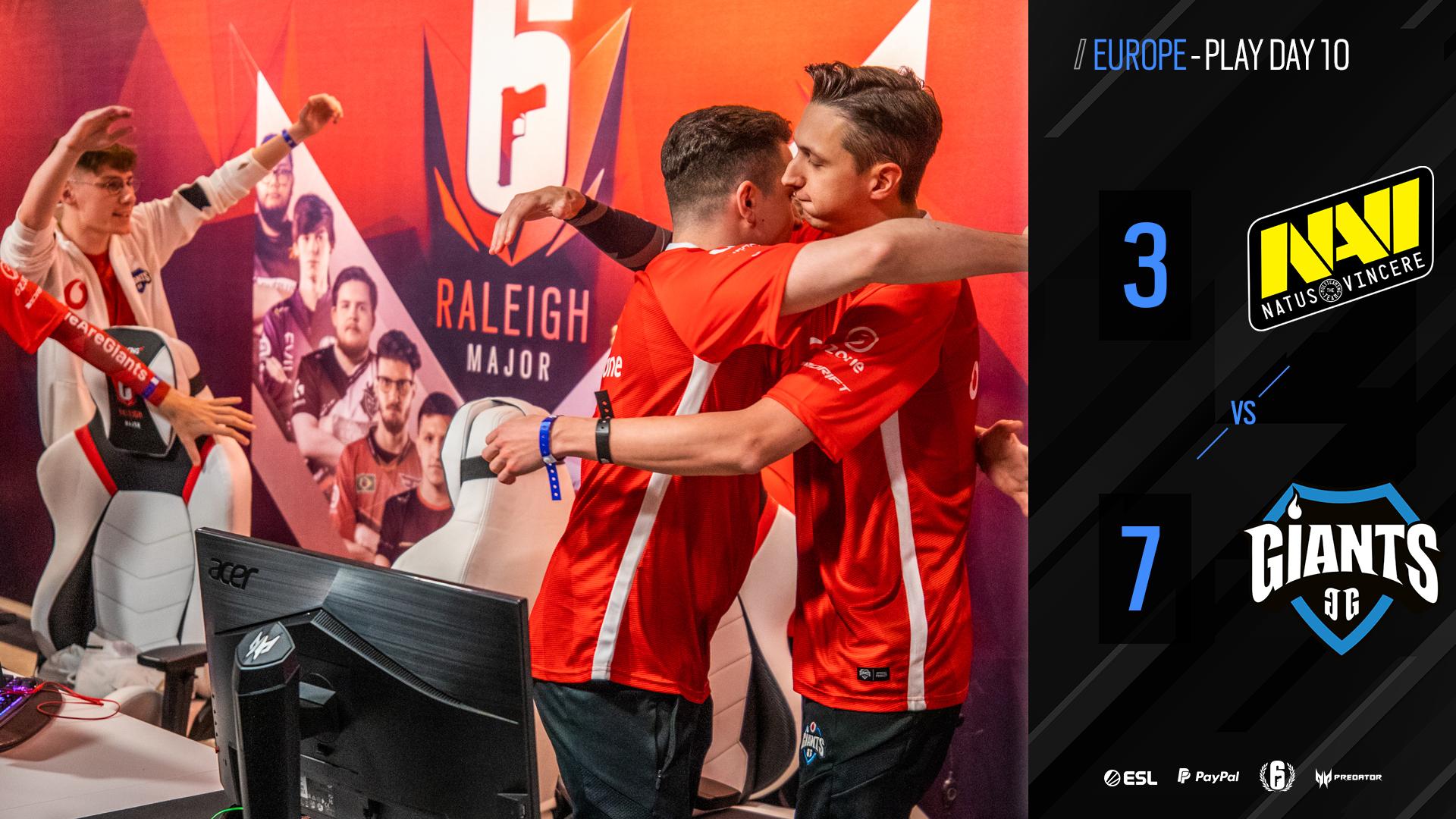 The European division of the Rainbow Six Siege Pro League may have found its champion after Giants Gaming conquered Natus Vincere 7-3 today during matchday 10.

Giants, formerly LeStream Esport, have had a meteoric rise during season 10 of the Pro League. Following an early exit at the season nine Milan Finals, the team have gone on to see great success during season 10 and after losing organization support from LeStream. Following Giants’ acquisition of the roster, the team have shown no signs of slowing down in the regular season.

Giants’ victory over Na’Vi today has slingshotted them into a controlling lead within the European division. Topping legendary squads like G2 Esports and Team Empire in the standings, Giants have shown that they’re in control of the region and it looks like it’ll take a lot for them to not make the Japan Finals. Giants have 25 points in first, with Empire sitting in second at 19. If Giants can pull out another win on the next matchday, then it looks like the European division is all but finished.

Na’Vi put up a fight, but Giants were fully prepared to deal with their inexperience. Na’Vi are a solid squad, but as Giants’ star player Lukas “Korey” Zwingmann said in his post-match interview, their inexperience is ultimately what led to their loss today.

Giants were already the division frontrunners heading into today, but with Empire drawing to GiFu, the road ahead looks clear for Giants to walk away with first place in the division and a spot in Japan. Winning over third-place Na’Vi helps distance Giants from the rest of the pack.

Giants will have to bring the same fire into the Japan Finals if they get there, however. They’ve been hit-or-miss on LAN, with their most recent LAN loss coming at the hands of forZe, an EU Challenger League team.

Giants will go up against a vulnerable CHAOS on Friday, Oct. 4. Fans can catch the official broadcast here.