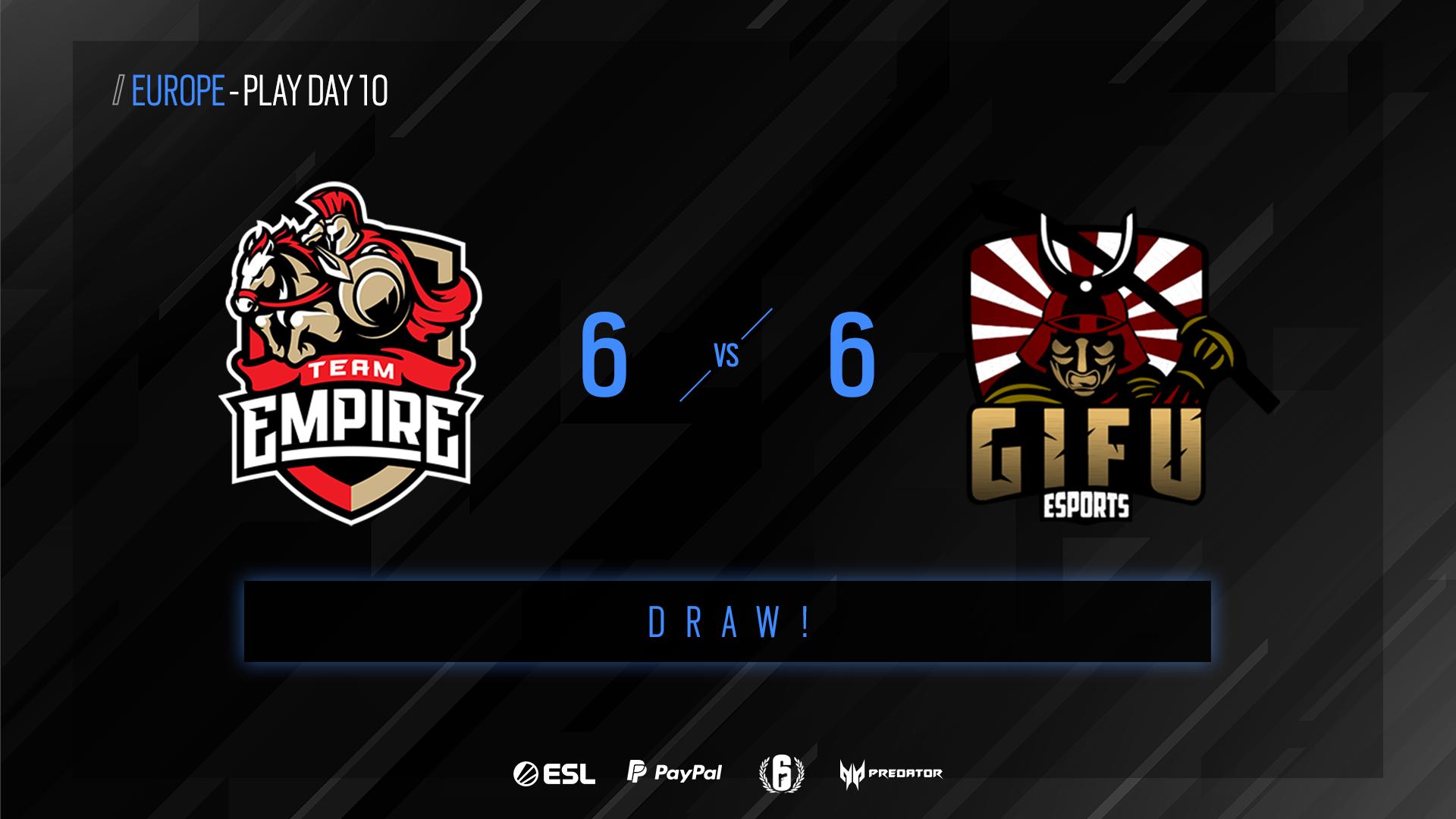 Team Empire have been a somewhat indomitable force in the Rainbow Six Siege Pro League, but GiFu, one of the squads at the bottom of the standings, somehow took some points off of them today.

Empire came onto the scene in grand fashion. Emerging from seemingly nowhere, the “Russian Machine” entered the Pro League and crushed almost every team in their path. Even G2 Esports could barely hang with Empire. But following a commanding season nine championship title, Empire have since looked a bit sluggish in their regular season performances. Today’s draw with GiFu only adds to the list of uncharacteristic performances from Empire.

Conversely, Jouni “Bounssi” Salo proved to be a blindingly bright spot for GiFu. The player seemingly carried the squad to the 6-6 draw with Empire. Bounssi’s one-vs-two clutch kept GiFu in the match for another two rounds, which allowed for the draw. Bounssi was later voted the match MVP.

While GiFu performed exceptionally considering their low standing in the division, it’s surprising to see Empire drop points to a bottom-ranked team. Empire have been slipping a bit this season and draws have become more common for the Russian squad. G2 have been the only team to take the Russian Machine down in season 10. But losing to G2 makes a lot more sense than Empire drawing PENTA, Vodafone Giants, and GiFu.

The European division is a mess right now. Nothing is set in stone, and with the Japan Finals just around the corner, matches will only become more important. Leaving points on the table like Empire did with GiFu today isn’t ideal and the Russian squad must be more than aware of that.

Season 10 of the Rainbow Six Siege Pro League will begin winding down over the next few weeks. It’s do-or-die time for many teams in the EU division and Empire are among the squads at risk of getting cut out of the finals after today’s draw with GiFu.