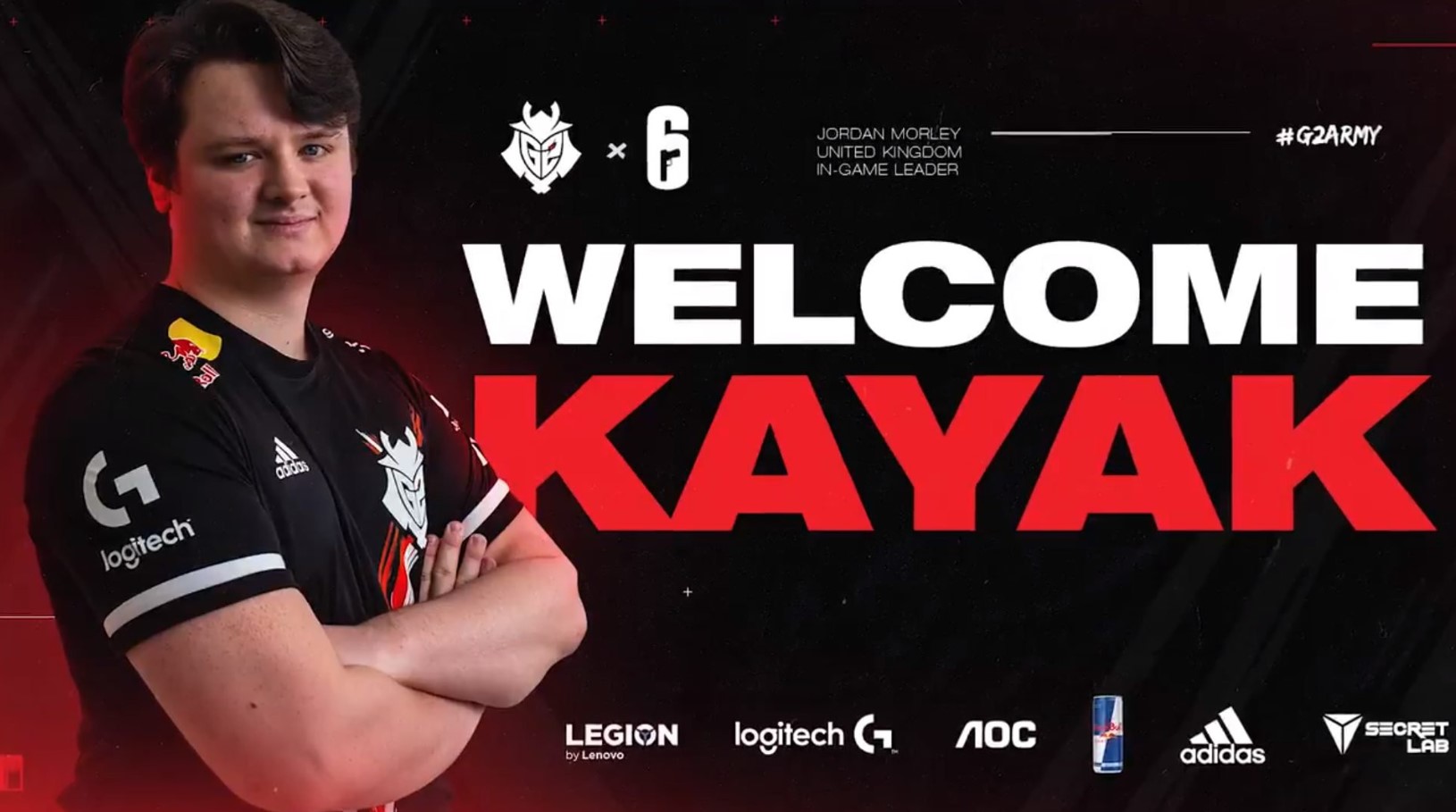 G2 Esports waited no time after the retirement of Niclas “Pengu” Mouritzen to add a fifth Rainbow Six Siege player.

Kayak impressed in his time with Cowana Gaming, who fought their way into the EUL in January by defeating MnM Gaming in the EUL Relegation Matches, forcing MnM to play Rogue for the final spot in the EUL. Cowana advanced to the relegation match by finishing first-second in the inaugural season of EUL’s Challenger League, along with MnM Gaming. Chaos were auto-relegated from EUL and Rogue were forced to enter a three-team mini-tournament, the Relegation Matches, to hold onto their spot in professional play.

The G2 roster, beyond the U.K. pair, is international. Juhani “Kantoraketti” Toivonen and Aleksi “UUNO” Työppönen are from Finland, while Jake “Virtue” Grannan is from Australia.

G2 have seen somewhat of a return to form in recent EUL competition. Once considered the best roster in the history of Rainbow Six Siege, only one player remains from their legendary run: Kantoraketti.

G2 won the inaugural EUL Finals over BDS Esport 3-2 in January. The EUL will return on March 18.