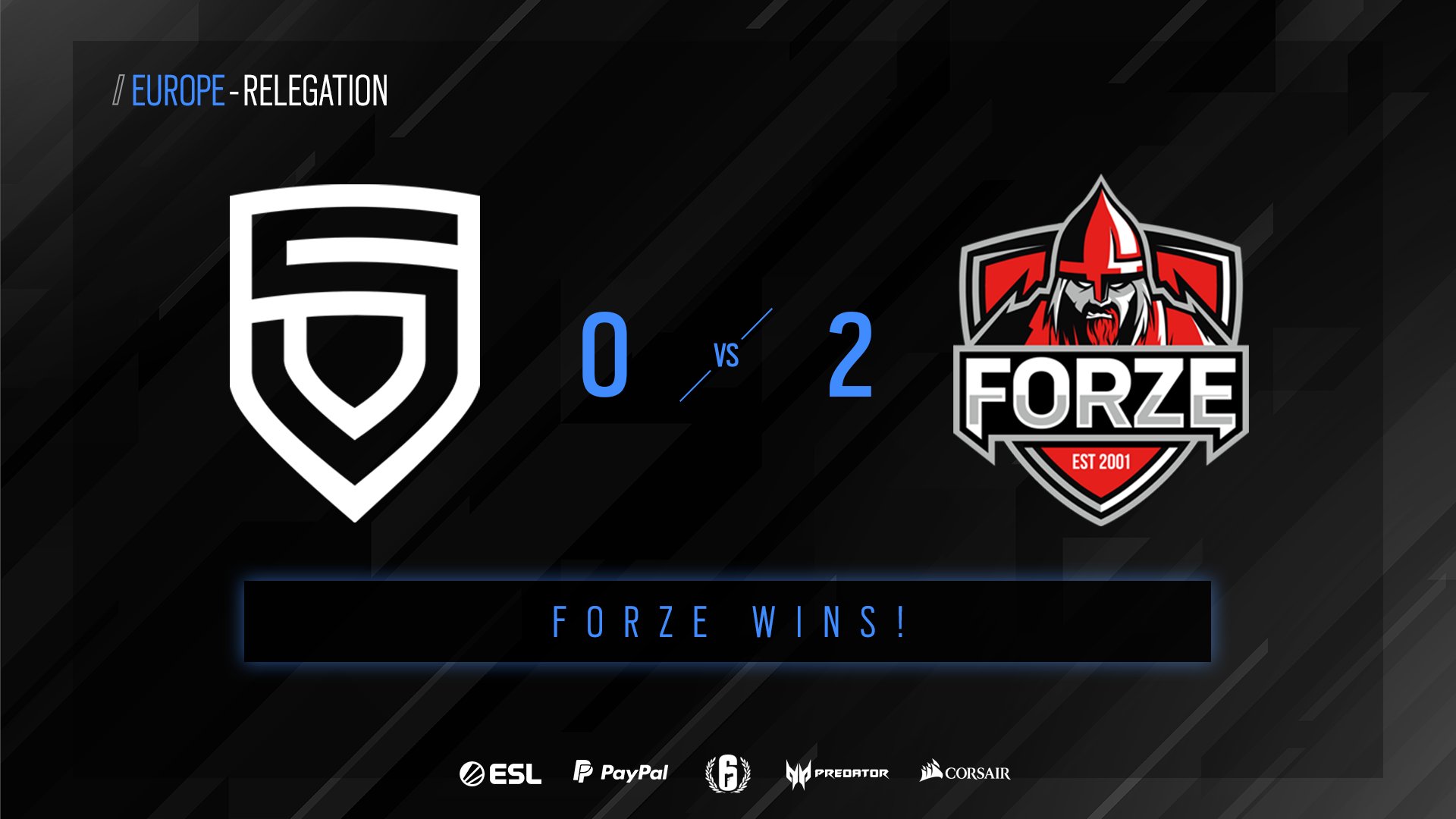 PENTA, one of the most storied organizations in all of R6 esports, have been relegated by Russian newcomers ForZe.

PENTA traversed a bumpy road this season. From coaching and analyst drama to roster shakeups and moves that left everyone scratching their heads, it was an odd season for the Rainbow Six mainstay organization. As many fans and casters assumed, ForZe took today’s relegation series handily, 2-0. While it isn’t surprising to see the Russian squad come out on top, it’s surprising that PENTA seemingly gave it up so easily.

ForZe, like their big brother counterparts Team Empire, seemingly came out of nowhere. The squad rampaged through the Six Major Raleigh in August and even gifted Giants Gaming and DarkZero Esports some pretty convincing losses. This shouldn’t come as too much of a surprise, though, since there’s a familiar name headlining the ForZe roster.

Artyom “Shockwave” Simakov returns to the Pro League after an unceremonious departure from Team Empire just days before the team won the season nine Milan Finals. The pro is returning for a bit of a revenge tour and the squad is looking strong after today. Granted, their standout performance took place on LAN at the Raleigh Major, but this squad made it through the nightmare that is the European division Challenger League. Old pros should be wary of both ForZe and BDS Esport.

Pavel “p4sh4” Kosenko will be a name to track during season 11, if today’s showing was any indication. Some clutch plays by the newly-minted pro contributed heavily to the team’s success in today’s do-or-die matchup with PENTA.

The Russian Rainbow Six esports scene is relatively new, but it knows how to pull an upset out of nowhere. If they weren’t already on your radar, then they should be now.

There’s no word yet on when season 11 will kick off, but the season 10 Japan Finals are just around the corner on Nov. 9 and 10. Fans can catch the official broadcast here.