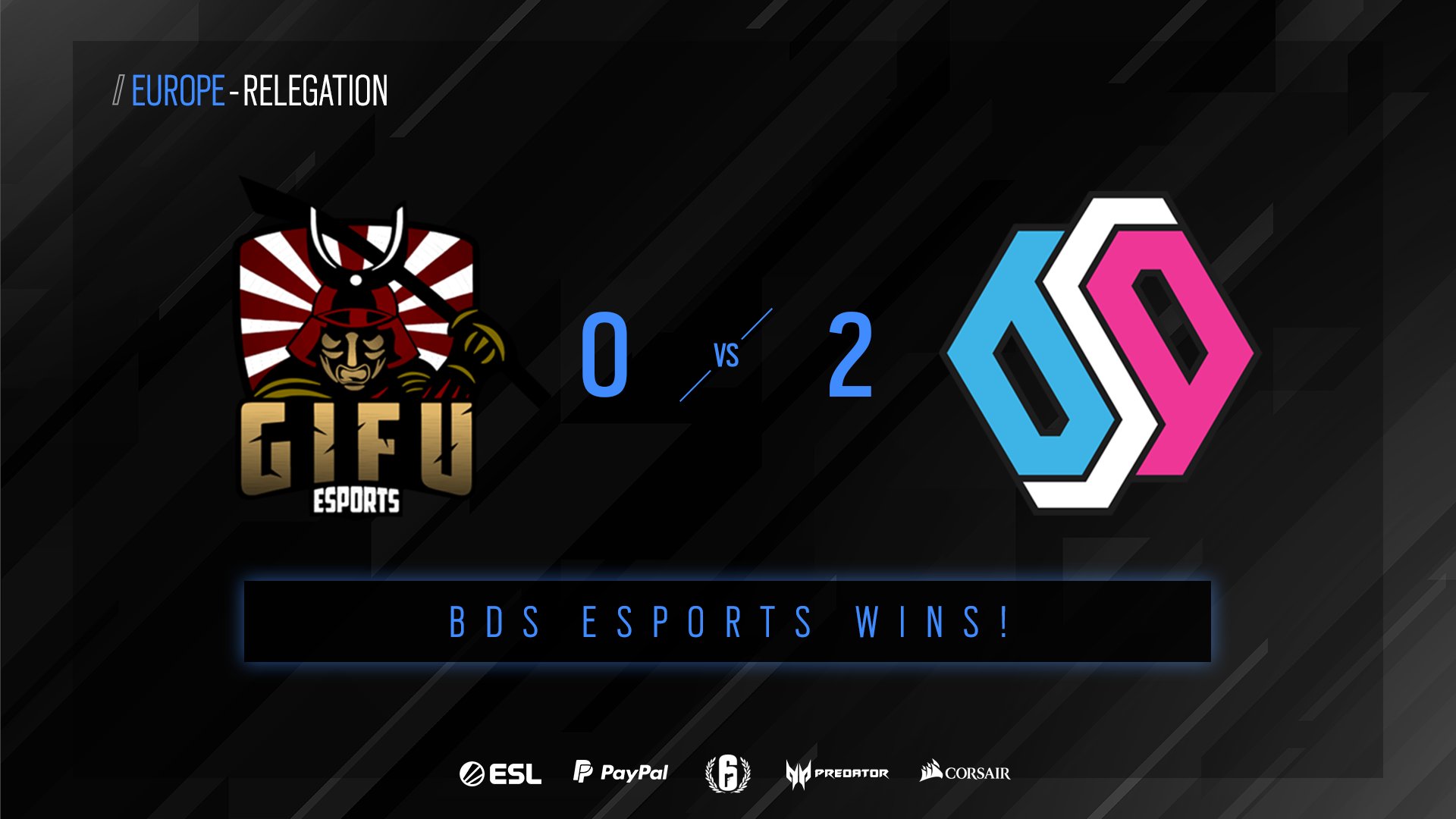 The relegation matches for the European division of the Rainbow Six Pro League were always going to be rough. But for GiFu, BDS Esport were too strong to overcome and they fell 2-0 to the Challenger League team today.

GiFu had a tough run in season nine and 10 of the Rainbow Six Pro League. The team narrowly avoided relegation at the end of season nine under the moniker of mousesports before being dropped by the org in season 10.

GiFu’s relegation signals a change in the guard for the European division. Joonas “jNSzki” Savolainen, Ville “SHA77E” Palola, and Jouni “Bounssi” Salo had all been a part of the Pro League since year one and have each had their fair share of success. The fact that even these seasoned veterans couldn’t make it out of European relegation matches says a lot about how far the competitive scene has come.

But BDS’ entry into the European division of the Pro League is something fans and casters had previously assumed to be an inevitability. Stéphane “Shaiiko” Lebleu’s presence on the team has been of particular interest considering the returning pro had been previously banned from professional play following the discovery that he used a macro during a match. What the macro did was never fully revealed, yet some fans remain skeptical of the reformed pro.

Dimitri “Panix” de Longeaux is also returning after departing the Pro League to be loaned out to EnD Gaming. He had previously been a part of PENTA before being benched due to “internal differences,” according to Liquipedia.

While it’s undoubtedly a sad day for many European division fans who are seeing some of their favorite players depart the league, there’s also cause for celebration. BDS have been absolutely triumphant and their entry into the Pro League is sure to shake things up even more than this past season. Oddly enough, BDS’ next appearance will be in the OGA Pit Series against the newly-relegated PENTA on Nov. 3.