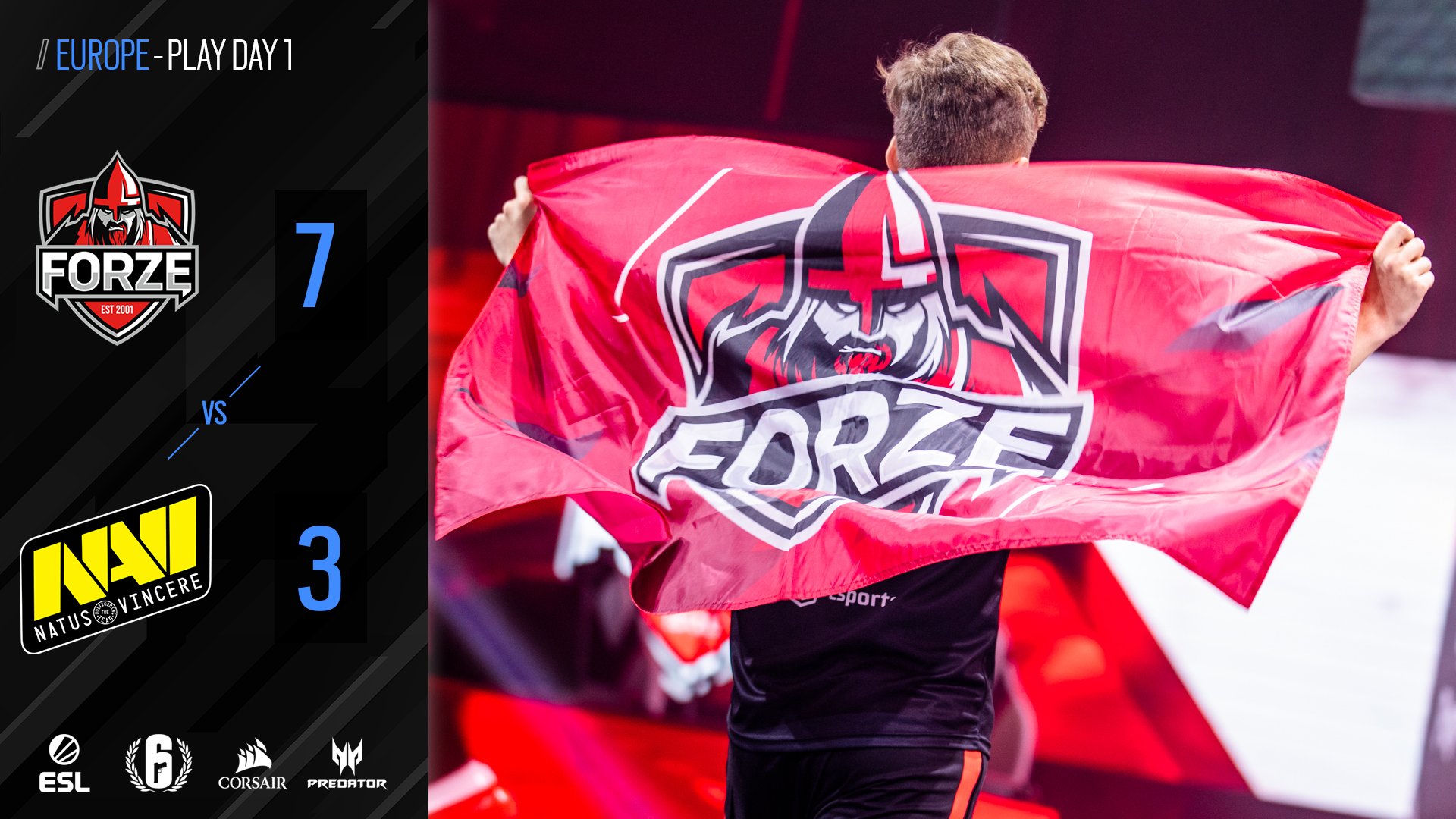 The Rainbow Six Pro League returned for season 11 today with a huge upset in the European division when ForZe beat Natus Vincere on Clubhouse 7-3.

After a massive win at the season 10 Tokoname, Japan Finals, Na’Vi failed to bring their momentum into the first matchday of season 11. The current version of Na’Vi entered the Pro League in season 10, and while their run was extremely impressive, it looks like the champions have a bit of rust to shake off going forward.

Expectations were high for both teams coming into the season but ForZe entered their inaugural Pro League season hungry for a win. ForZe impressed before entering the Pro League with wins over the then Giants Gaming, DarkZero Esports, and Fnatic during the Six Major Raleigh in August. Since then, it looks as though the team has put in the work to stay sharp.

It took Na’Vi four rounds to pick up a win, which is highly unusual for the season 10 champion squad. It was quite the surprise to see Na’Vi give up four straight rounds on defense, the side that’s traditionally a bit more kind to start on.

Na’Vi continuously failed to show up throughout the match, even after switching onto the attack. The use of Goyo during Na’Vi’s defense seemed to be more of a hindrance than a help.

Conversely, ForZe kept up the pressure throughout both sides of the map. The team’s strong attacks clearly shook Na’Vi from the jump and the Pro League newcomers capitalized on Na’Vi’s hesitance with a level of confidence indicative of a veteran Pro League squad. Where Na’Vi were quiet, ForZe were a loud, indomitable force. The Russian newcomers performed well amidst the more chaotic rounds and held together aside from a few rounds.

If this opening matchup is any indication, ForZe are primed to cause many more upsets as the season rolls on throughout the coming months. The European division of the Rainbow Six Pro League returns Wednesday, Jan. 8. Fans can catch the official broadcast here.