Rainbow Six Siege is a game filled to the brim with tactics and strategy. The large number of operators added to the game over its long lifespan constantly reshape and change the way the game is played. With so many operators to choose from, it can be difficult for players at any level to get a handle on the current meta.

Players want to know where their favorite operator fits in the current state of play. While the game is constantly evolving, players can get an idea using the tier list below.

This is an attacker tier list that reflects the current state of the game with the release of year seven season one: Demon Veil.

Operators will be ranked according to the kit that they bring to the table including weapons, primary and secondary gadgets, and within the realm of ranked play. Operators are ordered alphabetically in their tiers and do not reflect any inner-tier ranking. 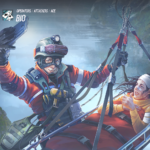 Ace has proven to be a threat ever since his release. Equipped with a throwable hard-breach gadget and one of the best guns in the game, the AK-12,  Ace is an incredibly versatile every-round operator that can even execute in solo-queue and 1-v-X situations.

Hibana was the second hard-breacher ever released and instantly shifted the meta by adding hard-breach from distance. Ubisoft recently made her gadget even more flexible by allowing players to toggle the number of pellets per shot. Her Type-89 is fast and hard-hitting and can turn the tides of unfavorable gunfights in a heartbeat.

Iana has skyrocketed in pick rate over the last two seasons. With the release of the GONE-6, her access to frag grenades, and near-infinite drones with her unique gadget, she has a lot of flexibility when it comes to fragging capabilities, dealing with enemy utility, and gathering information. The ARX200 is the preferred choice of many, but the G36C is no slouch and can prove effective in near-identical situations.

Nomad is the best flank-watch in the game. Her Airjab primary gadgets are deployable anywhere on the map. Those that trigger them are at the mercy of their enemies as it leaves them in a defenseless and action-free state. She has stun grenades to burn anti-grenade utility and has two great primary weapons in the ARX200 and AK-**.

Few operators from the base game are found this high on the list. Sledge slams his way into S-Tier with his great soft-breaching Kbar primary gadget, very manageable L85 primary weapon, and frag grenades.

One of the most commonly banned attackers—and for good reason. Thatcher nullifies many different defenders instantly and can throw his emp grenades anywhere at any time. And similar to Sledge, the L85 primary offers great damage output and long-distance optics.

One of the more debatable operators in S-Tier is Twitch. It is undeniable how great of a weapon the F2 is, but what bumps her up to S-Tier is her new standard pre-phase drone and recent changes to her Shock Drones. Ubisoft gave her Shock Drones the ability to jump, and changed the taser in her Shock Drones to a laser for increased range.

Rounding out the S-Tier is the Polish superweapon. While the M762 received a hefty recoil nerf, her low-recoil LMG has been lighting up ranked and professional play. Combining that with distance soft-breach, proximity concussion grenades, and either a claymore or breaching charge secondary gadgets, Zofia is threatening anywhere on the map. 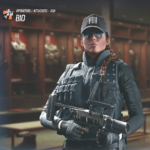 This staple of Rainbow Six has fallen from the graces of the community with the nerf of the R4-C. The recoil adjustment to her weapon was significant and led to increased usage of Zofia as a replacement. Ash still has great soft destruction and is still a top-tier option for those looking for a quick and agile operator.

The Rainbow 6 community still has a bad taste in their mouth ever since Buck lost his frag grenades back in Year-Five Season-One. He is, however, still incredibly versatile with his Skeleton Key and efficient primary weapon. Vertical Buck players are a force to be reckoned with and are a great addition to any attacking line-up.

Capitaó can spawn in with three stun grenades, two smoke bolts, and two asphyxiating bolts. This is a significant amount of utility that is useful for all members of the attacking team. The secondary hard-breach gadget makes him even more versatile and a good option for solo players.

Finka has found her way into the current R6 meta with the removal of the recoil buff provided by her primary gadget and her frag grenades. It’s safe to say that grenades make any operator more threatening, but in combination with her LMG, she is very strong.

Players have dreaded going up against a Jackal ever since his release in Year-Two Season-One. When Ubisoft introduced operator picks and bans, however, he has been sidelined from a large portion of matches. His strong primary weapon and near oppressive primary gadget make him a nuisance to any defender lineup.

The torch is definitely coming in hot. Experienced Maverick players make light work of reinforced walls. Maverick tricking a wall is difficult to learn, but well worth the time investment as it makes wall denial gadgets effectively useless. Combined with grenades and a great primary weapon in the M4, Maverick is an every-round operator.

The concept is plain and simple: Open a wall. Thermite’s Exothermic Charge can blow a defense wide open. While he has lost a little luster since the release of other ranged-based hard-breach operators, his primary weapon and utility are always welcomed on an attack. 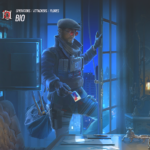 Flores begins the B-Tier with his RCE-Rattero—A remote-controlled, explosive drone used for soft-breach and gadget destruction. His kit includes the AR33—a powerful primary with manageable recoil—and stun grenades that add to his versatility.

The walking-window operator has her uses. She has great primary weapons in the 556XI and the PDW9, but her unique gadget leaves a little to be desired. It is quickly dealt with by impact grenades and nitro cells but can come in handy to get the defuser down and watch over it in post-plant situations.

Ying’s oppressive Candelas are a great primary gadget. While she is situational, she can quickly turn a round on its head and eliminate the other team. Her T-95 LSW light machine gun fits well into the meta, has low recoil, and does best with an angled grip for increased aim-down-sight speeds.

The Splinter Cell cameraman is great for information. He can shoot up to four cameras anywhere around the map, and like others has two drones in his back pocket. Combine that with a good primary weapon, a GONE-6, and the hard breach secondary gadget and you have an operator that can execute alone. 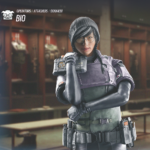 This operator spent some time in the limelight when she had frag grenades. But ever since Ubisoft took them away, Dokkaebi has seen her pick rate fall. Her primary weapon is a DMR, and while it does a lot of damage per shot, it’s difficult to keep up in a game where firerate reigns supreme. Her gadget is still great for roam clearing and has both stun and smoke grenades available to her.

Recent changes to Fuze have led to a small rise in his pick rate. The ability to use a Cluster Charge on reinforced surfaces is great but can be quickly dealt with by the opposing team. He has a great primary weapon in the AK-12 and flexible hard and soft breach secondary gadgets.

The German intelligence operator has a great lineup of primary weapons. But in this case, it is her gadget that puts her in the C-tier. The unique scanner can find any electronics on the map but stops there and leaves a lot to be desired.

Gridlock is a flank-watch operator that has decent primary weapons. Light machine guns are currently meta options due to the massive magazine sizes and low recoils. Gridlock’s utility is why she has a low pick rate, however. In flank watch scenarios, Nomad is almost always the better option.

Kali is a challenge to place on a tier list. She has a high pick rate due to her necessity with Thatcher bans, but her sniper rifle primary is unreliable. In many situations, teams are better off dealing with reinforced wall utility from underneath, or using the Maverick trick to get through reinforcements.

Lion has seen a lot of tweaks since he first came out. His gadget is not nearly as strong as it once was, and is now fairly easy to deal with. The V308 assault rifle is powerful and would be a reason for someone to pick this operator. Stun grenades come in handy for burning Jäger active defense systems and blinding enemies but he also has the claymore alternative. 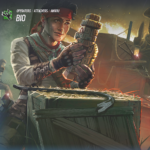 Amaru can quickly get into the building and engage the enemy. The G8A1 is a strong primary and light machine gun that can make quick work of targets with its high fire rate and low recoil. While the Garra Hook is a fun gadget to use, it fails to provide value to the attacking lineup as a whole.

Montange can be viable in squads settings with great communications. Shields, however, are not very strong in a solo situation and he can be taken advantage of in single or small push situations. Being a literal wall that can call out information can be incredibly useful. But the kit overall leaves much to be desired.

In large camera and intel-based lineups, Nokk can play an influential role in the round. Her gadget allows her to go unseen when in the view of defender cameras. The FMG9 is not the best submachine gun but can have a 1.5x sight on it. She does have frag grenades that help her kit, but she is a very situational operator that does not bring much to an attacking lineup. 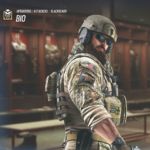 From overpowered to one of the worst operators in the game, Black Beard has fallen from his mighty throne. His now Saran Wrap Rifle Shield provides little to no defense in gunfights. Unless the user has the jump on their target, they are likely to lose due to long aim-down-sight times and the lower fire rate of MK17-CQB. He has stun grenades for pushes, and a claymore to watch flanks but does not provide much value to an attacking lineup.

Aside from the week or so of terror where Blitz ran around the map with Finka boosts, he has never been that strong of an operator. The update to flash mechanics helped, but shield operator inconsistencies plague this operator.

Like Black Beard, this operator has been at the top of the game. When the thermal scope was first introduced, Glaz could walk into sites and take over. Now he has increased thermal scope activation times, reduced rifle fire rate, and increased recoil. He is one of the least picked operators with the lowest win rate.