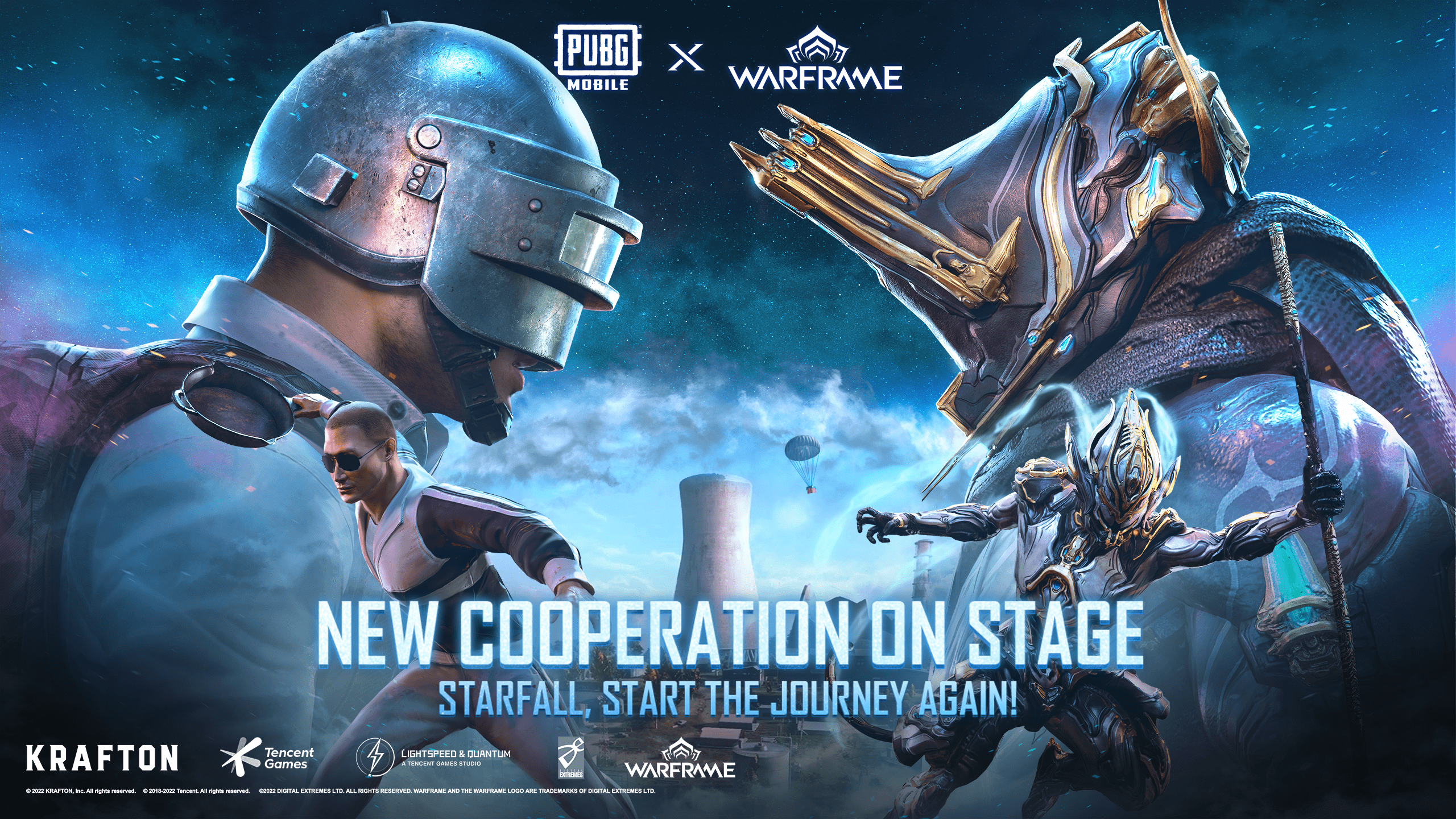 PUBG Mobile is hosting a crossover event with Digital Extremes’ MMORPG, Warframe, in which players will be able to earn free skins and other Warframe-themed items by completing in-game event missions.

The crossover started on March 10 and will take place until April 19, giving players a lot of time to log in and get the items, especially for Warframe fans.

The crossover will be divided into several stages. At this moment, there is a limited pre-event from March 10 to 23. During this period, there will be special challenges to unlock various Tenno outfits. The two skins available for now are the Excalibur Warframe’s Umbra variant and Wukong Prime. Later, more exclusive outfits and other features will be released with update 1.9.

Not all of the features coming with the arrival of the 1.9 version of the game have been revealed, but the update will include changes for the Erangel bridge.

Warframe is a popular MMORPG developed and published by Digital Extremes and released in 2013. The game has a futuristic science-fiction setting in which players incarnate a Tenno, a race of ancient warriors awakened from crystallization to defeat four factions of relentless evil with the power of armored suits called Warframe.

PUBG Mobile players can already check out the first part of the event by logging into the game and completing missions to earn the first set of outfits. The next update, version 1.9, is set to be released on March 18.