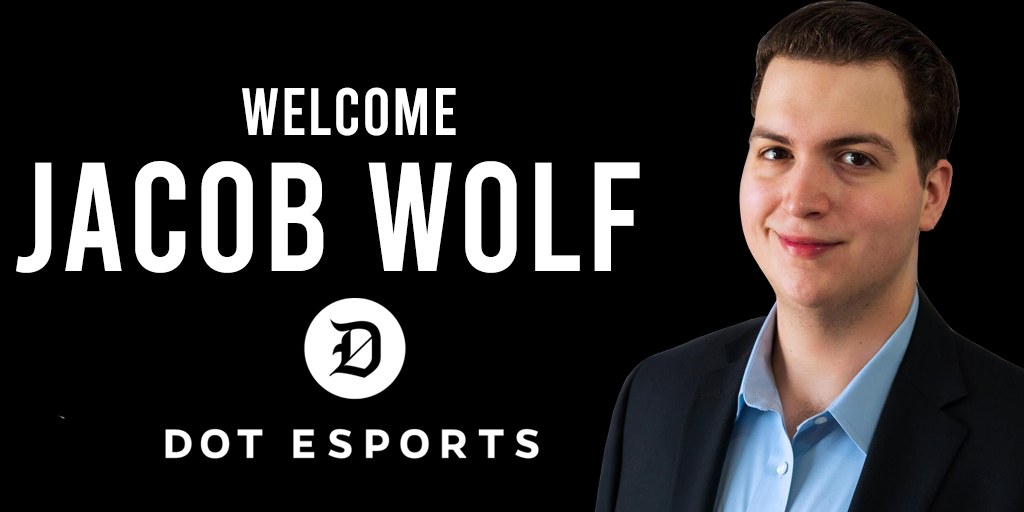 Over the past five years, Wolf has established himself as the leading reporter in esports. His work has been multifaceted, ranging from scoops on player transfers to investigative features to documentary-style short films and live productions. His Free Agency Show follows Wolf live as he reports on the brief free agency window in the LEC and LCS every fall. The show, which Wolf will bring to Dot Esports, reached more than 30,000 live concurrent viewers and 250,000 total unique viewers on Twitch in November.

The signing marks a reunion for Dot Esports and Wolf, who began his career as a full-time journalist at Dot at 18 years old in 2015. In 2016, Wolf became one of the youngest employees ever hired by ESPN, joining their new esports vertical and helping transform it into a major voice in esports journalism. While at ESPN, Wolf won the 2018 Esports Awards Journalist of the Year award. ESPN also won the Esports Awards Coverage Website of the Year awards in both 2017 and 2018.

Wolf will continue to work on his industry-leading reporting in his role at Dot Esports. But he’ll also help build out and expand the scope of the publication’s investigative journalism. He’ll work with the best writing team in the industry to ensure that Dot is the leading destination for breaking news and investigative work in the space.

“I’m thrilled to be returning to Dot Esports and working with their team to deliver the best journalism in esports,” Wolf said. “Dot was one of the first publications to bring hard-nosed, investigative reporting to esports and provide opportunities for young journalists like me, William Turton and Josh Raven to grow alongside veterans in the space. Now, after four-and-a-half years at ESPN, I’m excited to be coming back to continue my own work but also to be one of those veterans and help make esports journalism as a whole better.”

The move will also reunite Wolf and Kevin Morris, Dot Esports’ Editor-in-Chief. “We’re absolutely delighted for Jacob to come back to Dot Esports,” Morris said. “Jacob was a huge part of the early success of Dot, and his reporting and investigative work has only gotten better over the past four-and-a-half years. We have an incredible team at Dot Esports, and Jacob’s addition is going to be like a force multiplier for our journalistic work. On a personal level, I can’t wait to work with Jacob again. He’s a fantastic journalist and one of the hardest working people in the industry.”

Wolf joins another recent hire in Spain-based journalist Pablo Suárez, who joined Dot in December. Suárez is a talented reporter who broke onto the scene last year with a number of high-profile scoops on player transfers in the LEC.

Dot Esports reached 8 million monthly users in 2020, generating more than 17 million content views. The signings of Wolf and Suárez mark just the beginning of the site’s efforts to further solidify its standing as the premier global esports news outlet in the coming year.

The industry leader in esports news and journalism, Dot Esports reaches 8 million unique readers a month. Founded in 2013, Dot Esports was acquired by Sydney-based GAMURS Group in 2016 and since then has grown into the premier global esports news outlet.