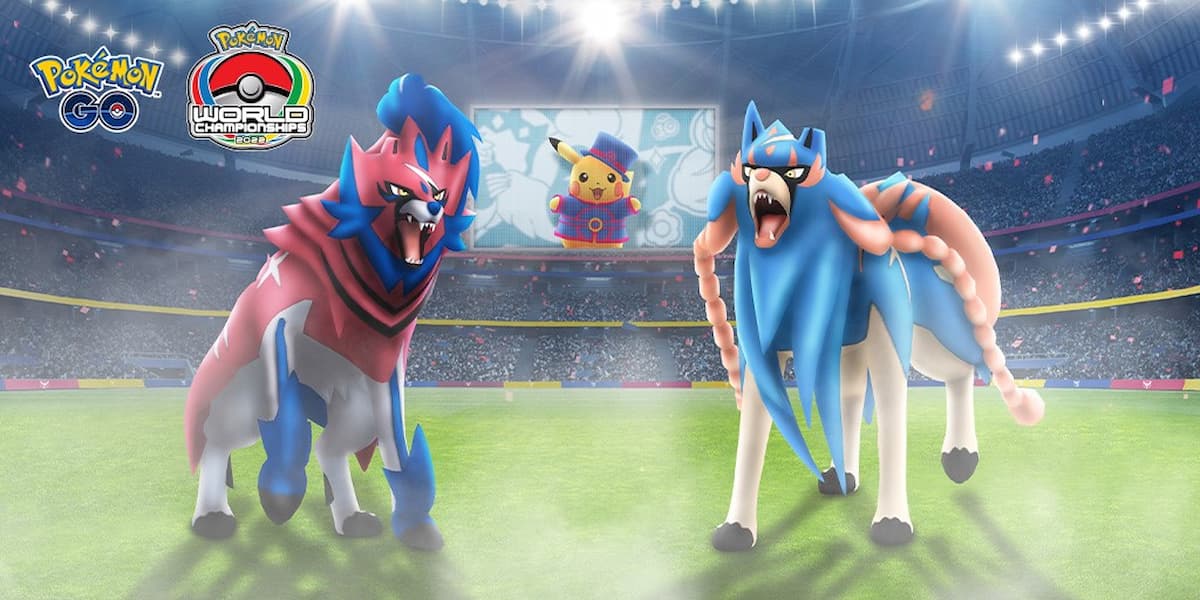 The 2022 Pokémon World Championship is welcoming Pokémon Go as an official event for the first time this year, and to celebrate, Niantic is launching a tie-in event where players around the world can enjoy extra bonuses, Timed Research, and more.

From Aug. 18 to 21 while the 2022 World Championship is ongoing in London, players will see a number of Pokémon appearing more frequently, including Mudkip, Croagunk, and Dewpider.

The event will introduce a new World Championship 2022 Pikachu for players to encounter and will also see Zacian and Zamazenta return to five-star raids. Other rare Pokémon like Bulbasaur, Beldum, and more will be available to catch via Field Research tasks, too.

Completing Timed Research during the event will reward players with things like Elite Fast TM, Elite Charged TM, and encounters with World Championships 2022 Pikachu. Galar-inspired Dragon and Dark-type Sports outfits will also be available in the in-game shop.

Throughout the event, evolving a number of Pokémon will result in their final evolutions learning previously event-exclusive moves.

As for event bonuses, players around the world will hear Victory Road-inspired music playing during trainer battles, trainers with teams inspired by Regional Champions will appear at select PokéStops, and players will be able to participate in up to 20 Go Battle League sets, or a max of 100 battles, per day. Go Battle League win rewards will also include triple Stardust.