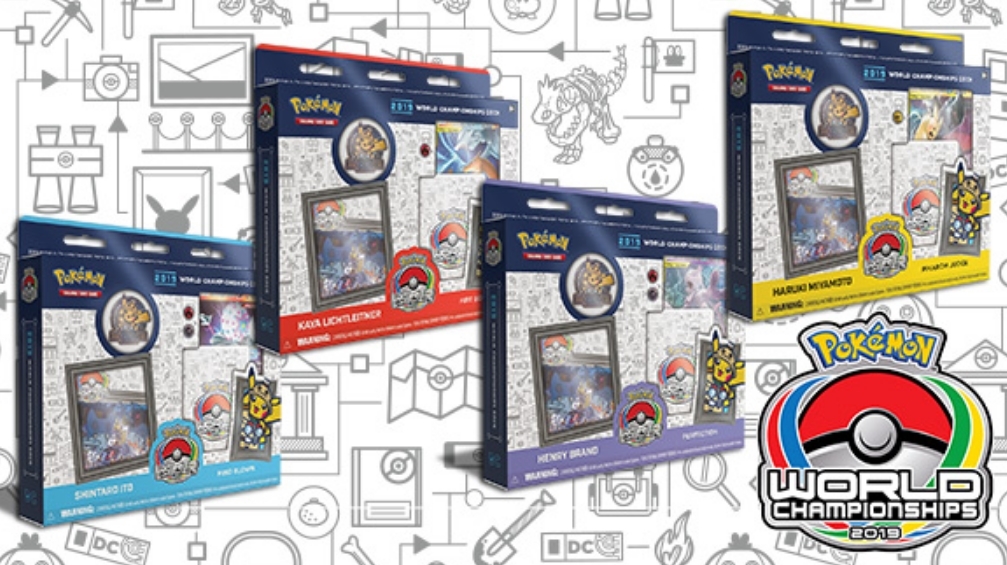 The Pokémon TCG does a great job of making sure top decks are heavily publicized and the 2019 Pokémon TCG World Championships deck series will do exactly that.

This year’s collection of four decks used by the top players from each division of the game will hit store shelves on Nov. 22.

Even if you pick up the special edition decks used by the best players in the world, however, you won’t be able to use them in a tournament since they won’t be legal.

Along with a collector pin and deck box, every card in these decks has a special edition back designed around the World Championship, a silver lining around the card’s border, and the signature of the player who won with it. This makes these items that much more special to own, even if you can’t just jump into a tournament to play with the decks.

The main reason why Pokémon doesn’t just make these decks legal is how easy it’d be for players to simply spend some money on one of these decks and compete. That would completely shift the meta to just using three or four main decks that are cheap to obtain until a new set rotates out a key card.

It’d also heavily affect spending on packs because there wouldn’t be as many players buying boosters in the hopes of getting that last Pokémon they need to complete a new build. Instead, that potential purchase of several packs would go toward an already built, top-level deck.

Players might be able to use these decks in the Online TCG after entering a code, depending on what the code actually gives you.

Regardless of the tournament legality of these decks, they’re an amazing opportunity for the top players who worked so hard to make it to the top of the Pokémon TCG. You can pick up each version of this collection starting on Nov. 22.